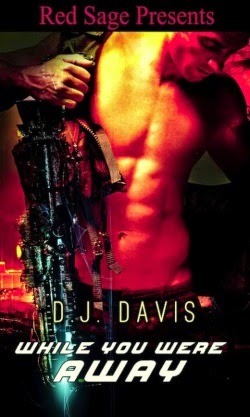 D.J. Davis: I’ve been into sci-fi, fantasy, superheroes, etc, for about as long as I can remember.  I learned to read by kindergarten and remember reading the Origins of The Incredible Hulk, The Fantastic Four, and Spiderman by nightlight.

Then, there was that fateful day in 1977 when I went to a theater and sat at the edge of my seat the entire time while lasers, lightsabers, aliens, and starships in a galaxy far, far away filled me with a serious love for space opera sci-fi. 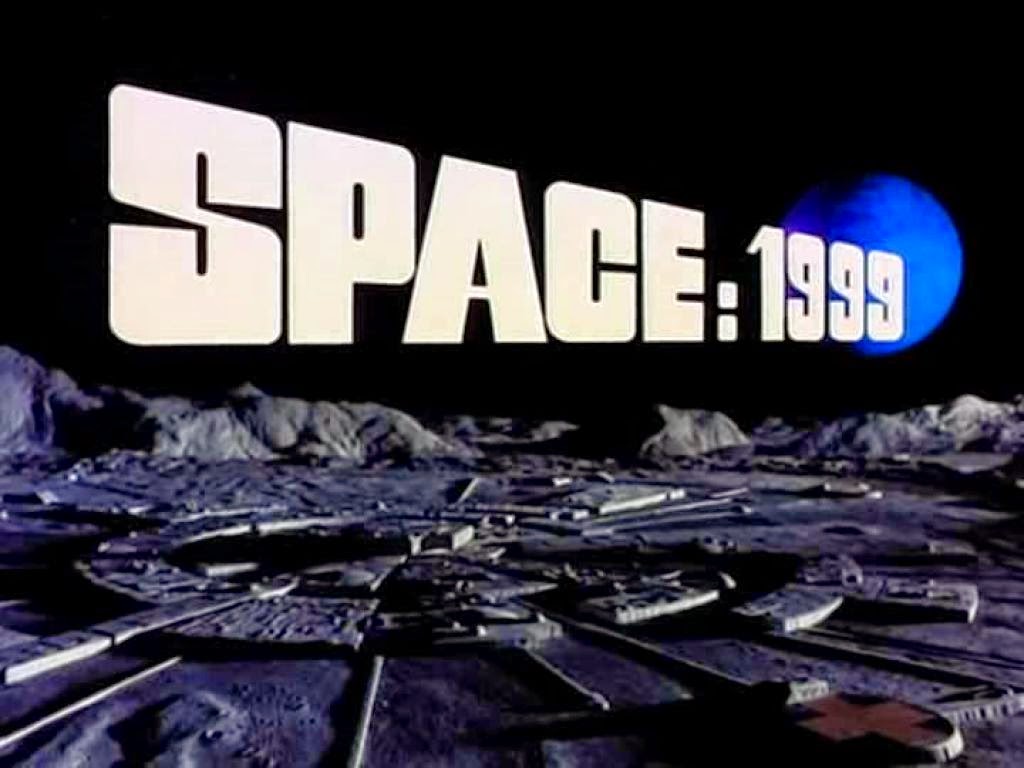 I watched Space 1999 in syndication (they missed the mark on that one ;) ), Battlestar Galactica, The Martian Chronicles miniseries, anime, any bit of cool sci-fi I could find.  I’ve been a huge reader, as I said, from early childhood and got to read any and all of the fantasy novels my aunt handed over after she’d read them.  The Dragonlance Chronicles by Weis and Hickman, The Warlock novels by Christopher Stasheff, and The Elfstones of Shannara by Terry Brooks were particular favorites, as well as The War of Powers series by Robert Vardeman and Victor Milan, which was my earliest glimpse at fantasy novels with sex in them (which I think I read the first of in middle school *gasp*).

I’m a complete nerd when it comes to the genres.  I dress up at conventions, I’ve played Dungeons and Dragons and other RPGs from way back around ’78 or so.  Nearly everything I write or draw is fantasy or sci-fi based.  I do a bit of old school special effects from time to time and a friend and I was trying for a while to form a fantasy metal band where most of our lyrics (which I write) are fantasy or mythology based.

TGE: What inspired you to write WHILE YOU WERE AWAY?

DJD: Vodka.  Lots and lots.  Just kidding. ;) It was originally an entry into a Yellow Ribbon Romance anthology contest at Avon, so it had to have that “yellow ribbon” sort of feel where the lovers have been separated by war and the returning home theme. I was also thinking pretty heavily about a few current events and playing the “what if” game in my head, sort of wanting an Orwellian dystopian feel to the setting, but with an oppression to the scenery that’s very indicative of what might be seen after the quelling of an uprising. Also, I write a lot of space opera, as it’s my favorite sci-fi, so it was fun taking a dark, dystopian feel and blending it with the more sweeping scope and bright eventual outlook of space opera.

TGE: What was the path to publication like for this novella?

DJD: Well, it was turned down by Avon Impulse, and though it was within the word count they wanted, I felt it was too short to try sending anywhere else.  Still, I didn’t want the work to go to waste, so I went through it with another revision, added more scenes, cleaned it up, and looked around for places that took novella length works.

I’d considered simply going it on my own and self-pubbing, but then I found Red Sage accepted novellas.  I did one more good read through, repaired a couple issues, and sent it on.  It’s a pretty cool feeling when you get an email back within only a couple weeks that you think is just another rejection due to the speed of the response, but turns out to be an acceptance letter.

TGE: How would you describe the general tone of WHILE YOU WERE AWAY?

DJD: I’d say it’s a balanced blend of action, romance, dystopian darkness with the hopefulness of space opera, steamy love scenes, and quieter moments with at least a Happy for Now ending (I have plans to expand on the setting).  I try to balance my writing so that one thing doesn’t overwhelm the rest (though I do have a love for rousing sci-fi action ;) ).  Overall, it’s a nicely blended cocktail of love amidst a futuristic action-packed adventure that I think will appeal to sci-fi readers, romance readers, and sci-fi romance readers alike.

DJD: I’d say somewhere closer to hot, though the sex doesn’t overshadow the rest of the story.  It’s got some steam, but there’s also a balance of the romance and the plot.  I’ve never liked stories where the sex dominates the rest of the book.  To me, it’s like cooking a meal (a favorite hobby of mine).  Too much of one thing can ruin what might have been a great dish. 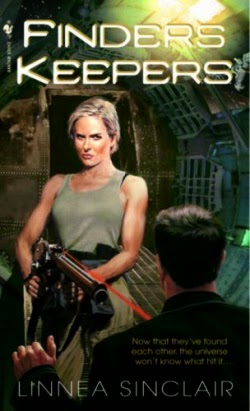 DJD: Well, from an early age, I watched sci-fi and read fantasy.  As I mentioned before, I remember going and watching from the edge of my seat as “A long time ago... In a galaxy far, far away” faded up onto a star-filled screen and my six-year old eyes were filled with the awesomeness that was Star Wars.  And hey, there’s no denying that the SW trilogy had a romance theme. ;)  I was hooked ever since.

I really liked Linnea Sinclair’s sci-fi romance novels, which was one of the deciding factors that moved me toward writing full-blown romance.  I’ve always written romantic themes into my works (that element has always been something I liked in novels like the Dragonlance Chronicles, The Elfstones of Shannara, and a slew of others I’ve read), and with some coaxing from my wife, I decided to give it a shot in the romance market.  There are a number of sci-fi shows and films that I could list that had some sort of romantic elements in them, from the various Star Trek series’ to Firefly and Serenity, Battlestar Galactica (both versions), SG1, and some sci-fi horror that really didn’t have romance but were plain fun like Alien(s), Predator, The Ghosts of Mars.  Even The Martian Chronicles mini-series made an impression on me when my mother let me stay up on school nights to watch it.  And though also not romance, per se, I like John Ringo’s works, as well as Alastair Reynolds’ Revelation Space novels, and David Drake’s Northworld books.  I’m also a sucker for anime with giant battle armor suits like Robotech, Gundam, Armored Trooper Votoms, and others.

TGE: What's your favorite type of science, and why?

DJD: Theoretical Physics is a good one.  Thinking outside the box of our current knowledge and understanding (which still would fit on the head of a pin, I think, even today) can take us in new directions we’d never have pondered--and has.

I love Michio Kaku’s work, and his Sci-Fi Science shows were awesome, though I sometimes wished they were longer.  Robotics is another...and I for one will welcome our new robot overlords. ;)  Seriously, the advances in our robotechnology is expanding by leaps and bounds.  I foresee full-blown cyborgs in the next 50 years or less, if not powered armor.  Astrophysics – that which expands our knowledge of space with the hopes of one day reaching other distant stars.  All the things that will make for a rousing space adventure.  I’ll still not see it in my lifetime, alas, but at least I can imagine it and write about it. :)

TGE: Mr. Davis, while you were away, I snuck into your house and drank all your coffee. There, I just needed to confess!

DJD: Them’s fightin’ words!  Good thing I always have a secret bag of dark roast stashed away for emergencies. ;)  I’ll bring some, along with a wee nip of something to put in it, if we ever meet at a convention.

TGE: Sounds like a plan! In the meantime, where can readers find you?

D.J. Davis is the definitive team of awesomeness that is Daniel and Jayne Davis.  Daniel has been writing science fiction and fantasy since he could hold a pencil.  Jayne is his grounding force, a writer in her own right, and his go-to for advice and support, as well as his brilliant wife.  Always one to push the boundaries, Daniel strives to write quality science fiction and fantasy with a love story behind it that will excite and titillate.  This powerful duo hits the ground running with tales that will leave you breathless and wanting more.

Mr. Davis, thanks for your time, and for your art.