I've recommended DARKSHIP THIEVES many times so it's great to see it included. Rachel Bach's Paradox trilogy has had good buzz regarding its SF-romance mix so I'm not surprised it was chosen!

Here are the covers and blurbs for both books: 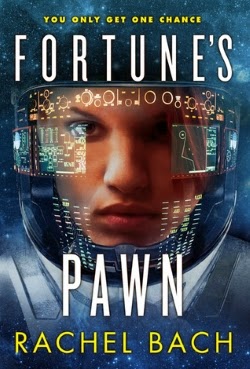 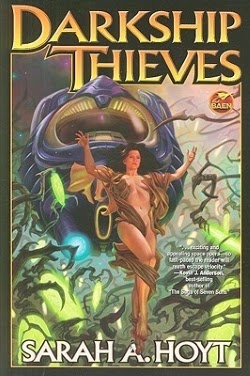 Athena Hera Sinistra never wanted to go to space. Never wanted see the eerie glow of the Powerpods. Never wanted to visit Circum Terra. Never had any interest in finding out the truth about the DarkShips. You always get what you don't ask for. Which must have been why she woke up in the dark of shipnight, within the greater night of space in her father's space cruiser, knowing that there was a stranger in her room. In a short time, after taking out the stranger--who turned out to be one of her father's bodyguards up to no good, she was hurtling away from the ship in a lifeboat to get help. But what she got instead would be the adventure of a lifetime--if" she managed to survive. . .

At Spacefreighters Lounge, author Laurie A. Green blogged about Fortune's Pawn: 7 Reasons Why I Loved This SFR

I've read both books so I'm looking forward to watching this episode. If you want to join in the discussion and watch the show (which may contain spoilers), you have until the last Tuesday in March to read the books!