I was scrolling through my TGE to-do list and kept discovering links to items I hadn't yet included in any blog posts. To achieve some closure, I decided to bundle them into this post. There is no rhyme or reason to this list. Some items are only tangentially related to sci-fi romance. Now let's see what I had squirreled away!


The blurb for a comic called TRANSMEET seems to indicate romantic SF or SFR. I've got a copy and just need to get around to reading it! 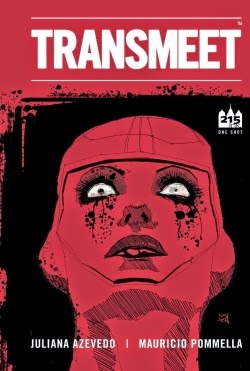 In the not so distant future, teleportation has connected the entire world. While technology amazes humankind…human life expectancy is very short and the ones alive suddenly develop health problems at a very young age… In this scenario, we follow the relationship between Eward and Claris. He, a young man living in Barcelona. She, a prodigy scientist working in Tokyo. Eward hates technology, always having problems when dealing with it. Claris on the other hand loves technology, a scientist with a very particular objective working on a secret project to extend human life expectancy. In this world ruled by megacorporations, Claris and Eward will have to break rules, turn down protocols... making us wonder: What is the limit to love?
***

I don't remember why or how I found out about LETTING LIER AND FINDING PAX nor if I've shared it here yet, but the blurb has a vampire-in-space vibe: 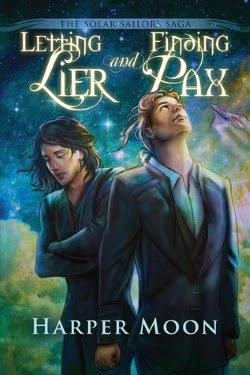 For refusing the crown and renouncing his title, Prince Lier was eternally banished from the planet of Arden. After finding asylum in a Deep Space colony, he took a position in a bordello as the Master of Ceremonies. During Lier’s exile, Emperor Sardius I conquered Arden and slaughtered Lier’s people. From the destruction arose a new species dependent on blood. Seizing the opportunity, Sardius praises vampirism and blueprints mass blood manufacturing with Lier’s blood as the key. Lier is not only the last of his kind, but his blood is strangely addictive.

On a mission to capture Lier, Commander Raze, son of Sardius, can’t help but try it for himself. When he does, he experiences strange flashbacks of himself with Lier. Tense relations between captor and captive blur the line between past and present.

During the perilous journey to Arden, forces opposed to Sardius attempt to rescue their lost prince. Raze’s mission changes from retrieval to survival. Soon it becomes clear that, although neither man recognizes what the other has become, this meeting is not their first. And by no means will it be their last.
***
I think I know why Thérèse A Kraemer's TIMES SECRET hasn't left my to-do list yet: 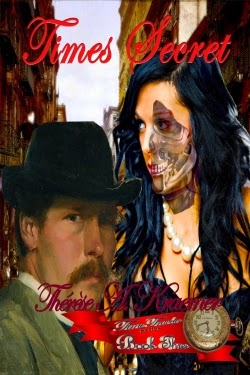 TIMES SECRET seems like it could be SFR. I cut indie and small press covers a lot of slack, but this one is testing even my limits. It's a case of where simpler might have been better rather than trying to represent the story.
An io9 article about The Real Reason Why Science Fiction Westerns Are Such a Hard Sell sort've goes along with an older TGE post about Space Westerns: In Or Out?.
At one point I made a note to "Share that article from SF Signal--FB?" Anyone know what this means? Did I indeed share the article in question? Goodness only knows. LOL!

I read Animation Roundtable: Top Filmmakers on 'Frozen' Lessons and Why "Sequels" Are Killing the Industry and remember being intrigued since the filmmakers "… work with either original material or somewhat obscure source material." Then they eventually made highly visible and successful movies. I think I thought it'd be of interest since SFR is also a niche genre. Wishful thinking on the visibility angle, perhaps?
File this one under "Huh?" The recipe turned out pretty well when I made it, but I have no idea how it ended up on my to-do list! 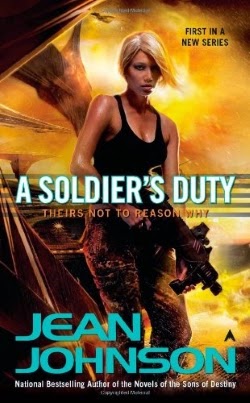 Jean Johnson's A SOLDIER'S DUTY, AN OFFICER'S DUTY, and HELLFIRE don't have romance as far as I know, but might be of interest when you're in the mood for military SF featuring a female protagonist. I've seen this book described as in the vein of Rachel Bach's Paradox trilogy; Robert Buettner's ORPHANAGE; Tanya Huff's Valor series, David Weber's Honor Harrington series, and to some extent, Frank Herbert's DUNE.
Your guess is as good as mine as to why I had a link to Anna Herlihy's THE WATCH (Clarity #1) on my list. 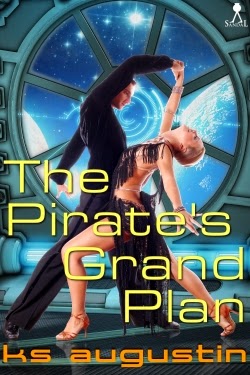 I've had the idea for a post about Regency-flavored sci-fi romance for about two years (yikes!). Obviously, I never got around to it, but for what it's worth I'd made a note to include the following books: A PIRATE'S GRAND PLAN (KS Augustin), MY FAIR CAPTAIN (J.L. Langley), LADY DOCTOR WYRE (Joely Sue Burkhart), TO BE SINCLAIR (Eva Caye), and CORDELIA'S HONOR (Lois McMaster Bujold). Feel free to imagine what I might have written for the rest of the post. LOL!

I've been dying to watch SPACE BATTLESHIP YAMATO 2199, a reboot of the original 1974 Japanese animated series, but the complete series isn't readily available in the U.S. yet. So I've had to settle for watching the trailer from time to time. I particularly like that the last word Susumu Kodai (the hero) speaks is heroine Mori Yuki's name. The emphasis on the romance may or may not have been intentional, but as an SFR fan it really speaks to me. [Content warning: violence]