Cosmic Laughs & Love: Love Is a Many Cybernetic Thing by Lucy Woodhull, Plus Giveaway

Love Is a Many Cybernetic Thing by Lucy Woodhull


Love. It makes one think of flowers, hearts, and dystopias. Or maybe it's just me who thinks of it that way. Growing up, I was crazy for sci-fi shows and the romance that went hand-in-pod with them. Here's a list of my favorite childhood out-of-this-world romances. 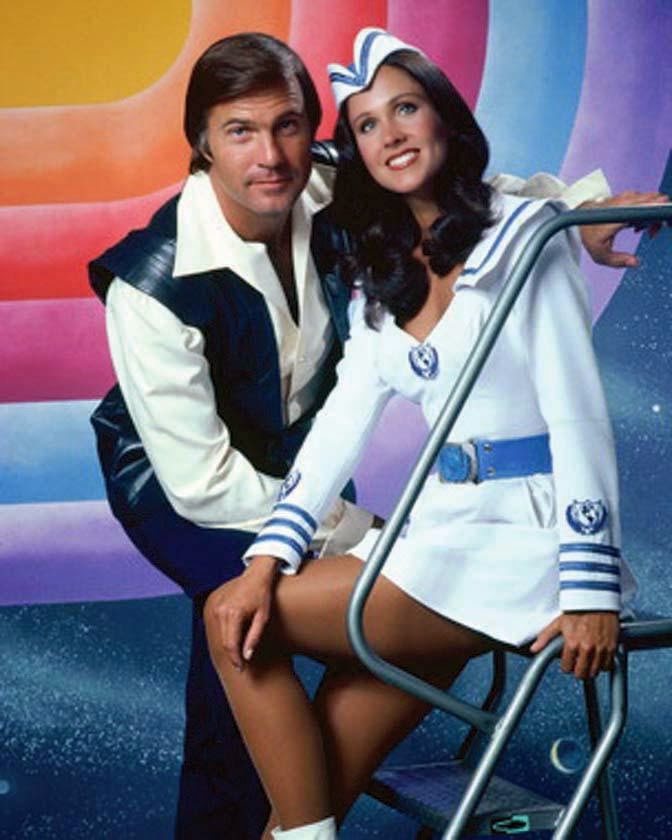 
Was there a girl alive who didn't want to be Erin Gray in that show? The floofy hair, the satin jumpsuits? I still want a satin jumpsuit, damn it! And Buck was the dreamiest hunk with an orange tan since George Hamilton. Le sigh.
- Mike Donovan and Dr. Juliet Parrish, V


As a blonde youngun, I wanted to grow up to be Dr. Juliet. Maybe not with the whole lizards-invade-the-Earth subplot, but I envied the way she stepped up to lead the human race to victory. Also swoon-worthy was Marc Singer, who played Mike. These two kids were just trying to love each other and avoid slimy green lizard blood, God love 'em. Of course I was in love with them, and with him--he was the Beastmaster! THE BEASTMASTER.


I was a little too young to watch this when it came out (ahem), but I caught it during re-runs. Robin Williams: Is there anything more to be said? He's the hairy, funny man with a heart of pure gold of every girl's dreams, and the world is a sadder place without him.


- Dr. Emmett Brown and Marty McFly, Back to the Future


...I probably shouldn't finish that sentence.


Anyhoo--this movie will always be one of my favorites of all time.  It's about adventure, friendship, and sacrifice, and these two will always swoop in to save the other. Love interests come and go, but Marty and the professor are forever.


I'll just say this--if this movie doesn't make you cry, you might be a cyborg without an emotion chip.


- Data and Spot, Star Trek: The Next Generation 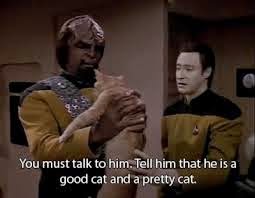 Is there any love truer than that of a robot and his cat? Think about it--one doesn't have emotions (at first), and the other expresses theirs via vomit and indifference. They're a match made in the Alpha Quadrant!


Of course it was love--Data even wrote Spot a poem. A POEM. My husband hasn't written me a poem (she grumbled). Observe:


Felis catus is your taxonomic nomenclature,
An endothermic quadruped, carnivorous by nature;
Your visual, olfactory, and auditory senses
Contribute to your hunting skills and natural defenses.


I find myself intrigued by your subvocal oscillations,
A singular development of cat communications
That obviates your basic hedonistic predilection
For a rhythmic stroking of your fur to demonstrate affection.


A tail is quite essential for your acrobatic talents;
You would not be so agile if you lacked its counterbalance.
And when not being utilized to aid in locomotion,
It often serves to illustrate the state of your emotion.


O Spot, the complex levels of behavior you display
Connote a fairly well-developed cognitive array.
And though you are not sentient, Spot, and do not comprehend,
I nonetheless consider you a true and valued friend.
- Princess Leia and Han Solo, Star Wars


This list may have gotten out of hand, so I'll finish by grounding it solidly back in the premise:  sci-fi romance. I don't really see how anyone could argue that the touchstone couple in all of science fiction is Leia and Solo.


It's a classic trope done to perfection by the immortal Harrison Ford and Carrie Fisher. The reason I adored Leia so much was she was smart and bossy--and bossy is a thing I have been accused of, so I consider it a great personality trait. Leis was a badass woman in charge, and her womanhood was never once any kind of issue. She was respected by Darth Freaking Vader, okay? When this scruffy-looking nerf herder comes along and smarms it all up, she shuts that down, hard. Soon Han finds that sparring with her is the best thing that ever happened to him, and the rest is history.


All the sighs in the world, friends. I even married a man who kinda looks like Harrison Ford, is a carpenter, and who frowns with the best of them.


In honor of all these fantastic space couples, I'm going to give away something that my sci-fi heroine Juliet would wear--this adorable pink headband made by our very own Jody Wallace (who's also featured in our fantabulous Cosmic Laughs and Love event! You can check out her Etsy shop here.)


Juliet, one half of my Ragnar and Juliet couple, loves anything fun, loud, and sassy, and this cutie fits the bill. It works to keep your ears warm in these, the last few gasps of winter, and also for the bright days of spring. Here it is, modeled by Smurfette. 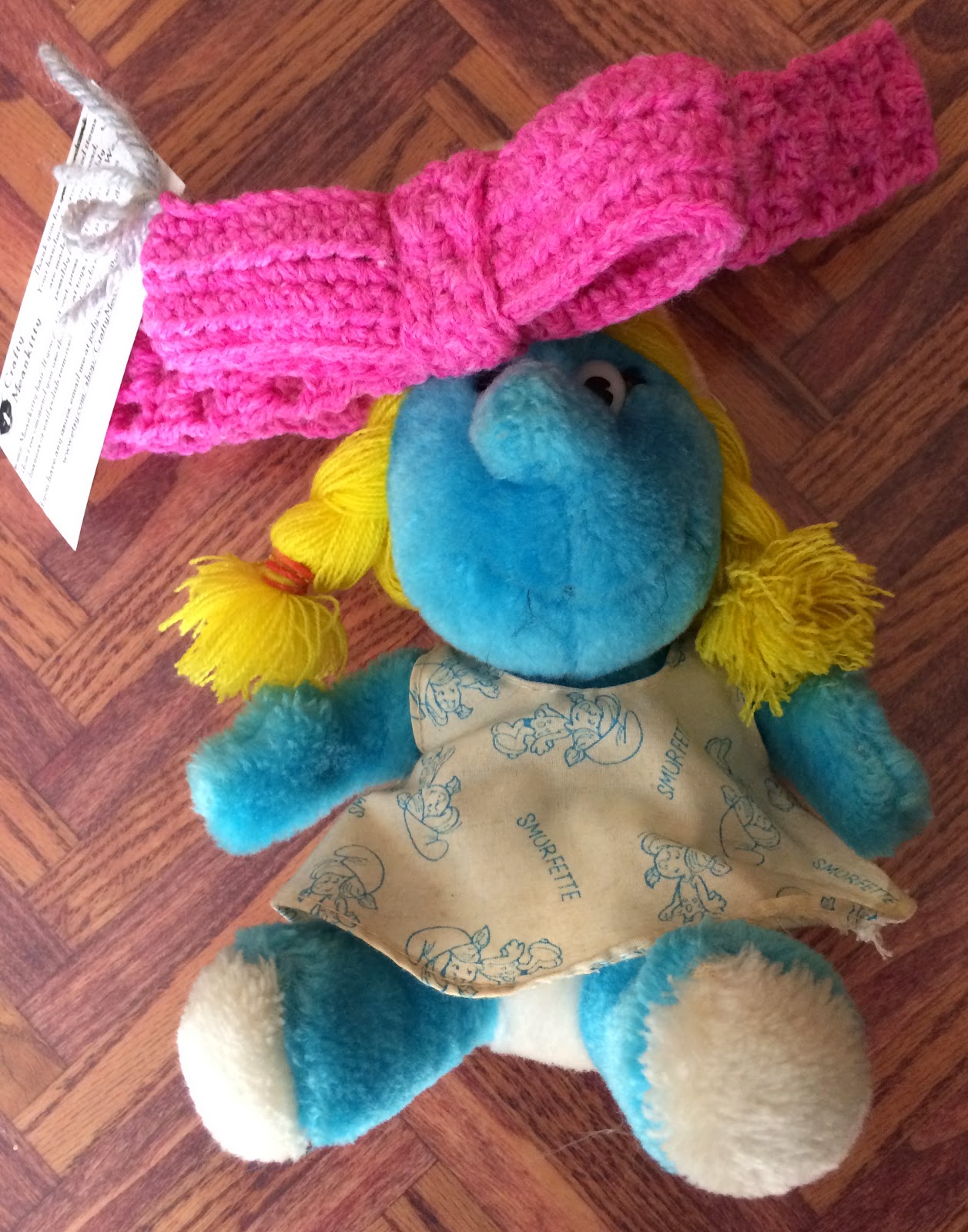 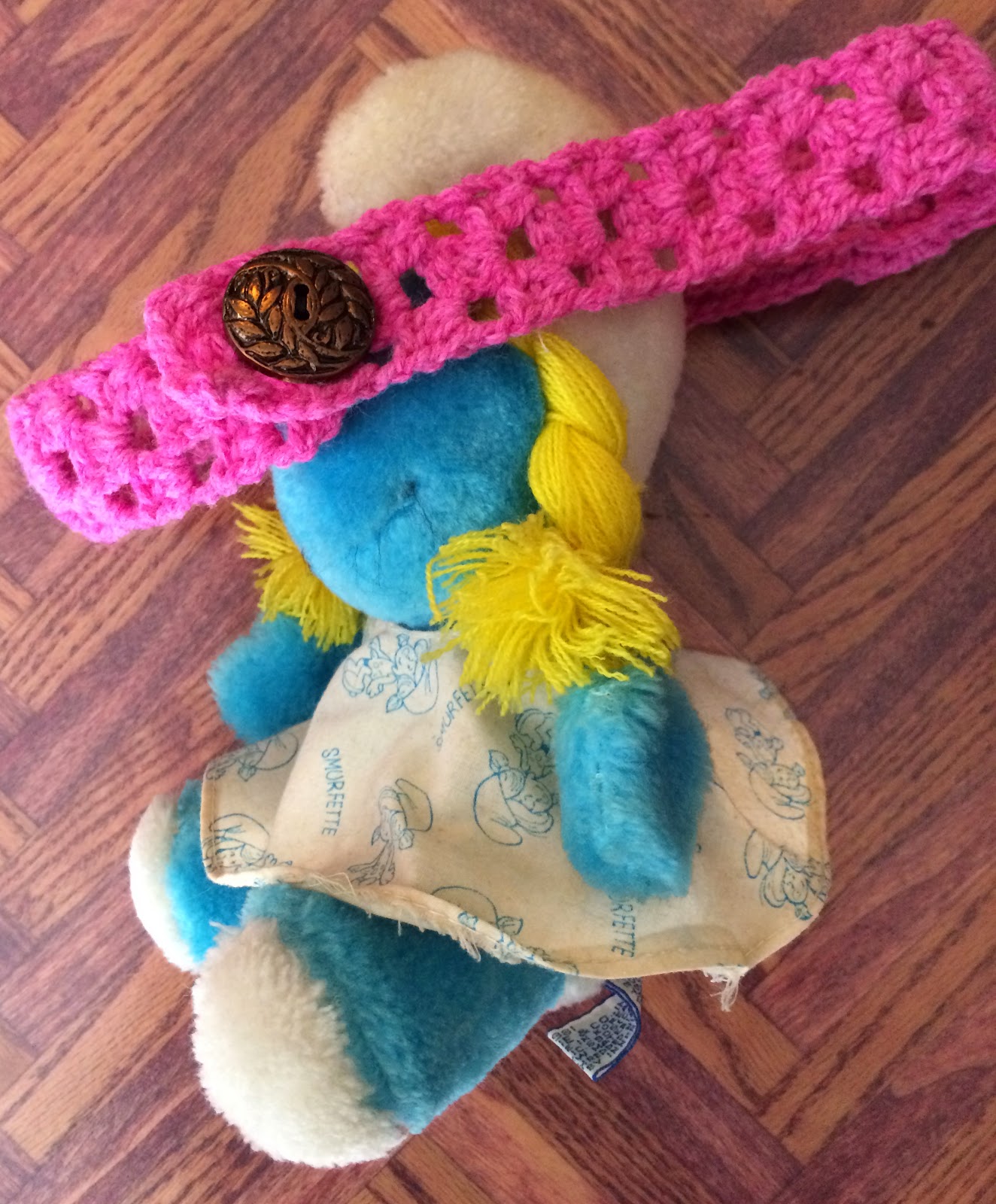 Leave me a comment here telling me which is your favorite sci-fi romance to enter to win! The deadline to enter is 5pm EST on March 28, 2015. (Giveaway limited to U.S. residents.) Also leave me your email address so I can tell you you've won, you lucky, sexy person you. 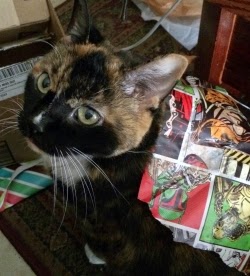 Lucy Woodhull has always loved le steamy romance. And laughing. And both things at the same time, although that can get awkward. Her motto is "Laugh and the world laughs with you, cry and you'll short-circuit your Kindle." That's why she writes funny books, because goodness knows we all need to escape the real world once in a while. She believes in red lipstick, equality, and the interrobang. Hailing from Southern California, she daydreams with her husband and a very fat cat who doesn't like you.

By day, she blogs about pop culture for Persephone Magazine, the blog for bookish, clever women -- she's got them fooled for sure. In addition to writing romantic comedy, Lucy pens parody and satire, for she dreams of being the literary Mel Brooks. (You should imagine air quotes around the word "literary.")
Posted by Heather Massey at 12:00 PM
Newer Post Older Post Home