If You Like Science Fiction Romance: What To Read After Linnea Sinclair

I didn't have enough room to include comparative titles based on all of Ms. Sinclair's books, so I thought I'd do a bonus one here at TGE.

FIRECRYSTAL DEEP by Lorain O'Neil is a humorous SFR that might appeal to readers who enjoyed Linnea Sinclair's AN ACCIDENTAL GODDESS. Here's the cover and blurb: 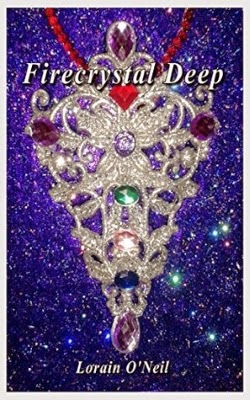 Criminal record and all!