Thanks to a tip from a Galaxy Express passenger, I learned about two science-based time travel romances by Jennette Marie Powell: TIME'S ENEMY (Saturn Society #1) and TIME'S FUGITIVE (Saturn Society #2).

The information emphasized again for me how important word-of-mouth is for a niche genre like sci-fi romance. I've been blogging for longer than the author's books have been out (TIME'S ENEMY originally released in 2011), but I'm only just now learning about them. And I've blogged about time travel sci-fi romances on several occasions...

...so you'd think I would have run across them earlier, but nope.

Marketing, of course, is an issue as well. The keywords I use to search for SFR time travel romances may differ from how authors are describing their books (in other words, a Search Engine Optimization disconnect). The Galaxy Express and even the whole SFR community may be unknown to some authors who otherwise might reach out to me about their books. Add up all the obstacles and it's no wonder that years go by before I learn about one title or another. :(

To help rectify the situation, I did a bit of research and found a few non-spoiler elements about TIME'S ENEMY:

Here are the covers and blurbs for TIME'S ENEMY and TIME'S FUGITIVE so you can learn more about them! 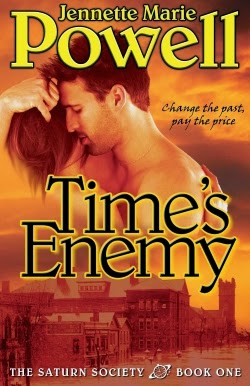 One unwanted gift. One great wrong. One chance to make things right…

Tony Solomon never wanted to be a time traveler. But when a freak accident gifts him with the ability to travel in time, he becomes an unwilling initiate in the Saturn Society, a secret society of time travelers. Determined to prevent his daughter’s murder, he violates the Society’s highest law and becomes a fugitive. But the Society refuses to tell Tony how to time-travel within his own life, so he seeks help from Charlotte, the woman whose life he saved during a prior trip to the past.

When Tony arrives in 1933 looking for answers, Charlotte is both thrilled and terrified to see her childhood hero. Loyal to the Society, she is honor-bound to bring to justice those who manipulate time for their own gain. In giving him sanctuary, she faces a terrible choice-condemn the man she loves and to whom she owes her life, or deny her deepest convictions by helping him escape and risk sharing his sentence. 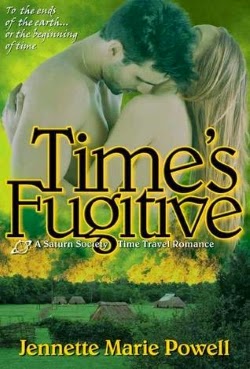 A past shrouded in mystery

Violet Sinclair remembers nothing of her life before the day she awoke several years earlier, drenched in blood that wasn’t hers. But since she met Tony Solomon, she’s been certain of one thing – sometime in her hidden past, she knew him… loved him… and did something terrible to him.

A present fraught with danger

Time-traveler Tony Solomon is sure he never met Violet before they were coworkers, yet she bears an uncanny resemblance to the woman he loved and lost decades before he was born. After an impulse encounter leaves Violet pregnant with his child, she becomes the target of killers from the future.

A future feared in jeopardy

Framed for murder, Tony will do anything to protect Violet and their child, even if their only escape is to jump into the past, something he swore he’d never do again. But when they jump back much further than planned, they find their troubles are only beginning—and secrets can get them killed.