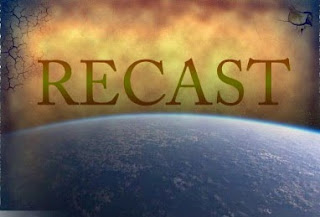 I first introduced this model of AI in WITHER, and his name was Young. He was the sheriff’s sidekick and fell in love with her, sacrificed his life to save hers. Since then Brynn has carried his memory chip around her neck. When she crossed paths with Walsh inside the Clash Arena, she was stunned that another had survived. But now that the arena has fallen, Walsh has set his sights on the mysterious Taylor. The only female able to survive the brutal arena fights captivates him.

When both escape in search of freedom, they instead become entangled in a new adventure. One that Walsh is eager to explore. After all, he’s got a thing for Taylor but isn’t sure she feels the same way. He’s an AI and she’s a woman. How could any woman want him? He’s no stranger to being around the opposite sex, but is usually used for someone else’s satisfaction. Yet, Walsh wants to experience a mutual exchange, wants to feel a real connection with someone he desires. But it’s hard to share these intentions when no one takes you seriously.

Writing from Walsh’s POV wasn’t as hard as I expected it to be. Up until this point I’d written about humans and humanoid aliens in this world—biological beings who have complicated feelings and emotions. But I refused to think about Walsh as just a machine. I’d already experienced how deeply and passionate a Y-123 could be because of Young. So it wasn’t hard to put myself in his shoes. Sure, he’s never going to be human and won’t be able to do everything a man can, but he’s got a lot of beneficial advantages. Walsh can be repaired if he’s damaged, he can certainly be intimate, can outlive a human, is stronger than one, definitely smarter, has developed feeling, and is well acquainted with emotional pain.

His model is one constantly ridiculed and despised for his programming, belittled by other characters because no one understands the true capabilities of a Y-123. They are labelled as unloving creatures that are nothing more than sex toys. But what if they’re wrong? What if Walsh actually feels a lot deeper than they do? What if his programming really did allow him free will and the capacity for attraction? Well, this is the story that answers those questions.

I’ve always believed androids and AI have the capability to show as much—if not more—emotion than humans. Some people can be coldhearted and vicious, hurt others without hesitation and are selfish or greedy, never thinking about anyone else but themselves. And these people are as biological as you and me. Besides, humans compartmentalize everything in their lives, so who says an AI can’t do the same? And probably do a better job at it.

So, what’s the difference between writing a love story between an alien, human and android? In my opinion, there’s not much difference. Robots might look at the world through more analytical eyes than the rest of us, but I believe they’re still capable of having a heart.

If you give Walsh a chance, he can show you. :)

Thanks for reading,
Yolanda 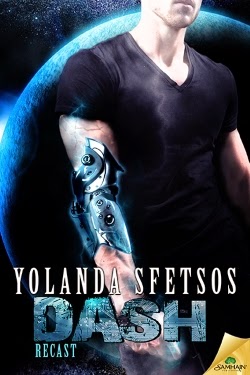