Author Arlene Webb's new sci-fi romance HONEY MOON will release 9/22/15 from Totally Bound. In the meantime, she's aboard The Galaxy Express with a guest post and giveaway! Her post is about how the "soft science" label used to describe non-hard SF books marginalizes stories, authors, and readers.
Before reading Arlene Webb's post, I invite you to check out the cover and blurb for HONEY MOON: 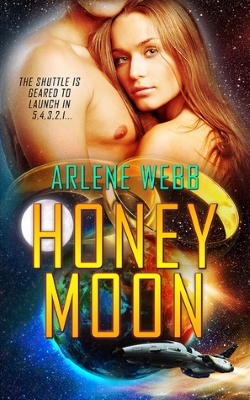 On crowded Earth, people are thrilled as technology expands to colonize space. When a prominent dating site offers the chance for a better life, thousands apply to hop on board.

Owner of a famous political blog, Sam Dexter understands how to qualify to win a ride to the moon. What he doesn’t get is why it’s offered to so many. With a bride on his arm who hasn’t a clue concerning his real identity, maybe he can learn. Not as though much can go wrong through pretending to be in love with Laree and conning the woman into helping him, right?

Jenna Jensen is terrified. Fear concerning the potential fate of lovers worldwide is steadily growing in her mind. Shuttles geared up to launch, there’s little time to find proof of something nefarious. What she needs is to warn a naïve groom or two. After all, meeting up with a stranger and convincing him to help has to be safe, doesn’t it?


Soft versus ‘Leaf on the Wind’
By Arlene Webb

More than one person into classification, such as Peter Nicholas, the author of The Encyclopedia of Science Fiction, has concluded that soft science fiction is not a precise term and that the contrast between hard and soft is sometimes illogical. I’m certain Spock would agree.

The non-OCD, speculative, bendable string theory, soaring free of restraints and so on label for the type of science fiction which isn’t written with hard core guidelines, that isn’t characterized by rigid emphasis on scientific accuracy and technical detail, really needs another name other than soft sci-fi, especially, in my humble opinion, when combined with romance.

The freedom to mix genres, to write using hard and proven science as well as imaginative what-if scenarios, is a solid reason there’s so many unique and fresh plotlines in the world of writing today. It seems to me that many readers, both genders, could very well cringe when the descriptive word—soft—is used to categorize a division of science fiction that doesn’t adhere to boundaries.
Consider the romance reader scrolling through blurbs and genre listings, and wonder if there’s a chance subliminal projection could play a part when debating whether or not to hit the buy link. If so, it’d suck to associate soft, impotent sci-fi with a hot male hero or heroes.

My novel, Honey Moon, is a futuristic, M/F, Earth-based, hot sci-fi romance with elements of suspense. The plot and setting definitely fall in the category of soft sci-fi. For example, I don’t explain how the communication devices which everyone worldwide wears as ID, currency, projects a screen to read and answer messages, holographic imaging and so on are possible. I don’t detail the engineering process behind how these thin bands can be manipulated so an incoming call downloads an expensive virus capable of sending a jolt of electricity straight up the arm and into the chest knocking the wearer to their knees, then, if the killer wishes, a second burst will fry the targeted wristphone wearer dead. If I went into all that blah blah, how software like that could actually be written, how current could be forced into the band and into the wearer to kill on the spot, there’d be so little of my limited, okay, very limited understanding of viruses, hardware, and basic electricity to create a plot without regurgitating textbooks. Instead, I’m so much better at concentrating on suspense, romance, flawed characters overcoming obstacles in order to reach character growth, and happy ever afters.

So in this era where the colors pink and blue are becoming less stereotyped, where more and more little boys can pick up a doll while wearing a bright pink hat and be treated as a child who can grow up to be whatever sexual orientation his chromosomes suggest, more and more girls can wear the entire rainbow and grow up to be an author of hard, soft, speculative, factual, etc.—here’s to the hope that girl will someday be taken as seriously as an author who sticks to strictly one genre and writes within the box of facts.

Simply let me know you'd like to be entered, or enter by telling me your ideas about alternative ways to describe SFR/SF stories without resorting to the exclusionary "soft" label.

The deadline to enter is Monday, September 21, 2015 at midnight EST. 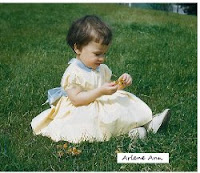 Sci-fi, paranormal, thriller-mystery, indefinable, I'm an author who adds sweet and spicy layers of romance to any genre.

I was born in upstate New York, land of cows, snow, drizzle and sometimes a ray of sun. Mom played with bacteria as a lab technician, read many magazines and books, made up charts for chores, cooked and cleaned, and drank vodka upon occasion. Dad worked for the phone company, fixed things, built houses, decapitated chickens, shot deer, and drank vodka and beer as often as possible.

Second oldest with four siblings, I spent my childhood reading everything I could get my hands on. Adolescence found me questioning the validity of everything I read, along with acquiring the usual scars of high school.

Early twenties, I headed for the Pacific. A stop off to visit a friend in the desert turned into years in Tucson, Arizona. I worked as a waitress, bartender, greenhouse worker, greyhound trainer, while swapping a psych major for one in plant sciences at the University of Arizona. Fired for skipping employee meetings at restaurants, employee gambling at the dogtrack, refusing to use live rabbits as bait, it fell to planting cacti and bartending to pay my way through college.

My late twenties found me running family owned greenhouses and florist shops in New York. When the reality of retail life became too mundane to handle, I began an obsessive love of creating more interesting worlds.
Posted by Heather Massey at 11:00 AM
Newer Post Older Post Home