Author Richard Botelho alerted me about REASON FOR EXISTENCE (February 2016, Windstream Publishing Company), his forthcoming book that combines science fiction and romance. I've not read it, but on the surface it seems to have appeal for romantic SF readers. 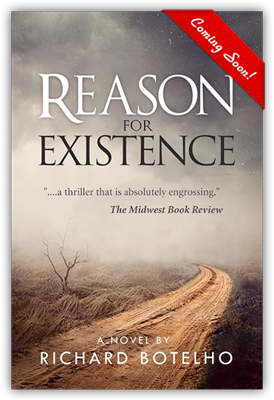 When David Jordan, an extraterrestrial human in appearance, agrees to help U.N. Secretary General Nicholas Straka resolve an escalating nuclear crisis, he also learns he must defuse a horrifying plot to exterminate humanity by a hostile race of beings who despise human culture. Somehow, he must thwart both crises before a worldwide intervention is launched by his superiors, destroying human innocence in the process. In Reason for Existence, David learns the origins of human conflict, the nature of secret societies, the true meaning of friendship, and the enduring qualities of love. 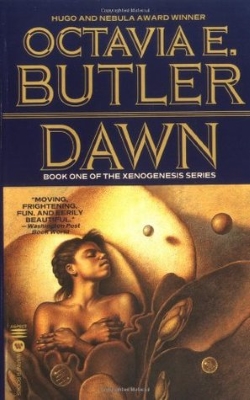 Octavia Butler's DAWN is being adapted by Alain Bain of Bainframe for television. Io9's Charlie Jane Anders wrote an informative article about this intriguing project: How the TV Show of Octavia Butler's Dawn Will Stay True to Her Incredible Vision.

Making Octavia Butler’s novel Dawn into a television show sounds like kind of a foolhardy idea. It’s a post-apocalyptic storyline, in which the Earth is basically on the brink of destruction, and the last humans are offered salvation by aliens... who want to mate with us and change us. How do you put that on TV?

The other day, it was announced that Allen Bain’s Bainframe production company had optioned Butler’s Dawn for television. This is the first book in the Lilith’s Brood series, previously known as the Xenogenesis series. We were wondering how Bain could possibly do justice to such a challenging book—so we asked him. Here’s what he told us.


There’s so much going on in this book. It’s a post-apocalyptic story with alien spaceships. How do you think you can pull this off on a TV budget?

Lilith’s Brood is actually very contained. It’s not a space opera. The action of the first book, DAWN, takes place on the Oankali (alien) ship, which is entirely organic – no plastic, metal or tech - a living ship. It’s too early to worry about budgets.

How do you do justice to Octavia Butler’s wonderfully strange vision of a reshaped humanity? Are we ready for that on television?

Staying true to Ms. Butler’s vision and legacy is of the utmost importance to me. Octavia was a genius - and this series is high concept with a lot of heavy intellectual themes, which makes the adaptation difficult. I think audiences are waiting for the first elevated science fiction TV series in a while. I believe this is it.

Artist Linda Adair launched a Kickstarter campaign that has appeal for sci-fi romance fans. Her goal is to publish METAL ETCHED MEMORIES, an art book featuring a Casanova-type robot character and his adventures through the ages. The book will include full color traditional oil paintings and a short story. 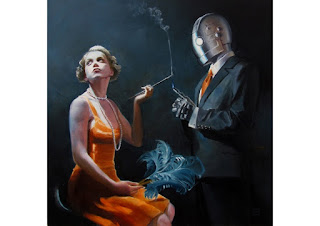 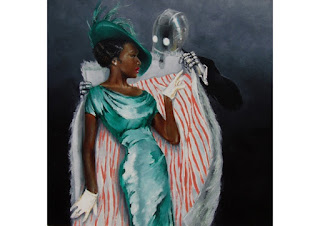 Linda Adair is a Chesley award nominated SF/F artist who is exhibiting at IlluXcon.