Continuing our discussion about what Romance could learn from her Graphic Novel brethren requires that a bit of history be spilled. Pour yourself a cup of Earl Grey and settle in. There are blackberry scones if you’re feeling peckish.

To fully understand the continuing influence of WATCHMEN, let’s have Sherman set the Way-Back Machine for 1981. Wes Craven, director of LAST HOUSE ON THE LEFT and THE HILLS HAVE EYES (and much later, SCREAM), has set his sights on a cinematic version of DC Comic’s SWAMP THING. 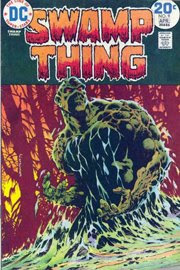 For those who have read the comic, it’s not hard to understand what attracted Craven. SWAMP THING premiered ahead of its time in 1972 as a short story in HOUSE OF SECRETS, a horror anthology title; the success of this story lead to its own bimonthly book. The title drew heavily upon the pathos of Boris Karloff’s “I only want to be loved” creature trapped in a horrible body. (The book also featured some astounding artwork by Berni Wrightson, who recently designed the creatures in THE MIST.)

And, for the most part, there were no capes, no superheroes, and no flying dogs. As I said, it was ahead of its time.

Jump to 1982: SWAMP THING has long since been cancelled after only 24 issues. But, DC knows dollar signs when it sees them, and decides to bring the book back to cash in on the film’s pending release. A fly lights in their ointment, though. Neither the comic nor the film (an enjoyable, but lightweight foray into B movie goofiness) hauls in the gold bullion DC would like to see. For the second time, Swampy faces cancellation. 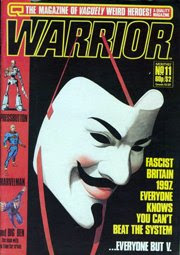 Enter Alan Moore. DC, at the end of its financial tether, decides to go for broke and hire a relatively unknown writer from England. Since the book was moribund anyway, what did they have to loose? Alan Moore had come to their attention by way of V FOR VENDETTA, which he was writing for WARRIOR, a British comic anthology. V was different, incorporating heady, powerful material. (If you’ve seen the film, you have some idea of the story, but it can’t compare to the graphic novel.)

With the appearance of SWAMP THING # 21 in early 1984, Alan Moore completely rewrote the character and laid the groundwork for what was to come. Sure, some old-school Swampy fans resisted the change initially, but sales grew each month. The word spread. Something was happening here. The stories were now complex. The language grew poetic. And the subject material grew very adult—too much for the antiquated Comics Code Authority. 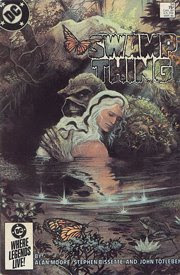 DC was at a crossroads. Did they tone down the scripts Moore was handing in, or allow him to continue plunging ahead into unchartered territory? Luckily, they went with the latter, or everything from THE DARK KNIGHT to SANDMAN may have never seen the light of day.

In late 1984, SWAMP THING # 31 debuted without the comic’s code seal of approval. In its place, the new banner of “Sophisticated Suspense” served as a warning—or invitation—depending upon your flavor.

Buoyed by this freedom, Moore submitted an idea he had been bouncing around in his head: WATCHMEN. Again, the suits at DC shrugged and let him go for it. I doubt they understood it, but they had enough faith in what he was trying to do: Push aside the preconceived “comics are only for kids” notion and expand their scope.

Though not an obvious paradigm shift at the time, WATCHMEN altered the way graphic novels were both written and perceived. Forever. Once the product was available for purchase, word of mouth took care of the rest. 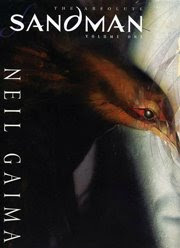 Nowadays comics are called graphic novels and they’re for adults. The average reader lies in his 30s/40s. They feature big words, naughty words, nudity and all kinds of R-rated content and complicated themes. They regularly score reviews in mainstream magazines such as ENTERTAINMENT WEEKLY and movie theatres can’t sell tickets for comic-related films fast enough.

Graphic novels are free from their solitary comic book store confines and sold in the big chains like B&N and Borders. Manga (Japanese comics) sell by the truckload, and often occupy the golden real estate of upfront and endcaps. So how, in less than twenty years, did comics turn around the perception that their audience only consisted of 10-year-old boys and socially maladroit men who still lived in their dark basement with their mothers?

Answer: Because the books left us no choice but to alter this perception. Because writers such as Alan Moore crafted such high quality stories within the industry that one couldn’t help but notice their literary value. And, lest we forget, because there were some suits who took a chance on works such as WATCHMEN—allowing the creators to stay true to their voice and vision.

Now let’s step back a moment and examine how this correlates with the romance industry. 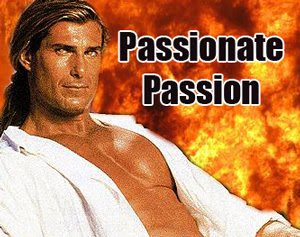 Uggh. No matter how many times romance advocates make their voices heard against this, the designation just refuses to die.

And let’s face it, except for the occasional Lifetime "quality" movie, Hollywood hasn’t tripped over itself to regale us with blockbuster romance films. Even mainstream book reviewers can’t be bothered with them, as delineated by recent posts at Ramblings On Romance and Smart Bitches.

In short, the romance genre shares the same lack of respect from mainstream culture that comic books once did, which is odd, since both industries have generated millions of dollars and ardent fans. Is this simply the nature of the beast? Can anything be done to alter this perception?

We’ll explore how this can be turned around when next we meet. Hang on! The ride is about to get quite bumpy in here!