The Sky Is Not The Limit: Interview with Laurie Green of SpaceFreighters’ Lounge

Long before The Galaxy Express fired a single thruster, Laurie Green of Spacefreighters’ Lounge, The Toasted Scimitar, and Take it to the Stars has been declaring with peerless gusto the splendor that is science fiction romance (I know. I said Kimber An was the #1 Cheerleader. You’ll just have to doublethink this one).

Laurie’s sites are complementary mixes of speculative fiction news, science features, and publishing/writing articles. An aspiring science fiction romance author as well as reader, she understands both the challenges of this niche market as well as the glories of the tales therein. Visit her sites often—you’ll find she often anticipates your every SFR need.

Recently, I set a course for Spacefreighters’ Lounge. As we sipped mugs of organic Ethiopia Yirgacheffe coffee, I picked Laurie’s brain about the SFR universe while watching the Oort Cloud birth a few comets. Here’s what she had to say: 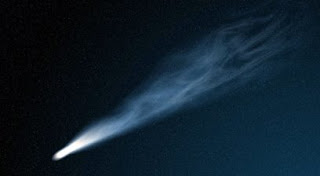 The Galaxy Express: Three different blogs under your belt betrays an amazing amount of ambition. Please describe a little about each one.

Laurie Green: Thanks for asking. I always love to talk about my blogs.

Spacefreighters’ Lounge is named after a watering hole in P2PC, the SciFiRom I’m currently marketing. I created this blog as a hangout for other Sci-Fi or Fantasy writers who may need to jumpstart their muse. It has a lot of fun material for writers, links for research and inspiration—things like starship design, science e-mags, civilizations, military ranks, photos from space, other related blogs and helpful sites. I try to post regularly (except for my April and August crunch times at work) on the SciFiRom genre or writing topics, and I also post book reviews (but as a rule I only do them for books I really enjoyed reading).

Take it to the Stars is a joint blog hosted by me and my three IPs (indispensable peers) Barbara Elsborg (now a published author with Ellora’s Cave and Loose Id), Dawn Jackson and Arlene Webb. We discuss a little bit of everything, including commentary on the industry or writing in general.

On The Toasted Scimitar the central theme is Fantasy and I represent the Sci-Fi contingent. My co-bloggers include Merc (Abby Rustad), Ardyth (Ardyth DeBruyn), Spartezda (Maigen Turner) and SkipperZ, all very talented writers and/or authors who post insightful articles and book reviews. Posts and topics tend to follow weekly themes. We tried a couple of events last year including a cross-blog scavenger hunt and a Come in Character Halloween live chat that were both a lot of fun.

TGE: When did you first fall in love with science fiction romance? What are some of your favorite books/films/television shows?

LG: I’ve been a Sci-Fi fan as long as I can remember. I read most of the classics as a young adult, and got hooked on anything Sci-Fi like Lost in Space, the original Star Trek series and the original Battlestar Galactica series, and movies like 2001: A Space Odyssey. (I wasn’t much of a fan of the campier Sci-Fi stuff, though.) Later, I became a romance addict. I looked for books that combined the two genres, but the closest I found was Anne McCaffrey’s DRAGONRIDERS OF PERN. I read several of the books in her series and loved them, but I was still craving that big, sweeping Science Fiction Romance story that I could never find. When a summertime sleeper named Star Wars opened in theaters, I was in seventh heaven. I thought someone had read my mind.

A couple of my favorite SFR books include THE OUTBACK STARS by Sandra McDonald and GAMES OF COMMAND by Linnea Sinclair. In addition to the original STAR WARS trilogy, my favorite SFR movies include CONTACT and TERMINATOR. I’ve always had to defend TERMINATOR as a SFR. The short-lived romance between Sarah Connor and Kyle Reese was awesome. (I thank Heather for including Sarah and Kyle in her post “The Hottest Couples in Science Fiction (Romance)”.)

TGE: You don’t just read & watch science fiction romance; you write it. What inspires you?

LG: What I love about SciFiRom is that imagination has no limits, but the human element remains constant. In my work, I enjoy creating worlds, and even universes, where the history, politics, technology, environment, or cultural stigmas create fascinating conflicts the characters must overcome. My stories always focus on the characters, never the contraptions.

Many things inspire me from good writing of any genre to documentaries like The Universe series. Sometimes surfing the net will unveil something fascinating that sparks a great story idea. But many times, my ideas come from my dreams. It seems my subconscious mind writes novels while I sleep, and once in a while a plot or idea sticks with me into the conscious state. 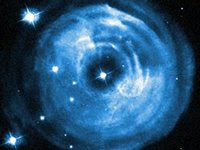 TGE: Take It to the Stars has many informative posts about the challenges of writing science fiction romance and the effort it takes to get published. If you could share just one piece of advice with other aspiring authors, what would it be?

LG: Don’t give up. Getting published is tough, but if you write the kind of story you’d love to read, chances are there are a lot of other people out there who will want to read it too. Understand that meltdowns and rejections are just part of the process. Don’t let either discourage you. Use them to learn; you’ll be a better writer for it. For SciFiRom writers in particular, although our genre may be a tough sell, I believe the book industry is going to eventually catch up to the current trends in film, television and even e-publishing. I believe SciFiRom may be the next big thing.

TGE: Name three things you'd like to see happen in the science fiction romance world, as either a reader or a writer.

LG: 1) I’d like to see a lot more SciFiRoms that are truly quality stories with complex characters, compelling conflict, believable settings and feasible science fiction elements. That doesn’t mean the writer has to have a degree in physics, but it helps not be allergic to doing a little research and then applying a liberal dose of imagination.

2) I’d like to see a SciFiRom writer become a phenomenon and garner the attention that J.K. Rowling has with her HARRY POTTER series. I think Stephenie Meyer may be someone who’s heading that direction. I hope so.

3) I’d like SciFiRom to be recognized as its own genre or at least have its own space or marked subsection in bookstores. It’s hard for readers to buy books they might like if they can’t find them.

LG: I’d like to invite everyone to stop by any or all of the blogs and say hello, join in the discussions, or just browse the subjects. Whether you’re a writer or a reader, I’m sure you’ll find something of interest on any of them.

Speaking of which, right now Laurie is hosting Science Fiction Romance Week at Spacefreighters’ Lounge! Join me over there (where you'll discover a little known fact about yours truly) and check out some of her fantabulous posts!

Laurie, it was fun chatting, and thanks for your art!