What if you owned a restaurant where you could serve every different type of menu item imaginable? You’ll always have some big ticket items (New York pizza, yum!), but there’s money to be made by also offering palak paneer, bibimbap, and mochi.

With this myriad variety, you’re almost assured no one will leave without buying something because everyone will find something he or she likes to eat. Great, eh?

Niche market products available online are like this restaurant.

One long held fallacy of the music industry is that everyone only craves a Top 40 hit. But if that were true, satellite radio and Slacker wouldn’t even exist. Many believe books followed a similar model with bestsellers. After all, those are the best ones, right? (Don’t answer that!)

The large corporations of these industries evaluate the metrics of current book buyers, often forgetting or ignoring the large portion of consumers who would spend more money—but don’t—since they can’t find what they want. These readers comprise the silent majority.

Another fallacy: Just because something doesn’t exist in voluminous numbers, doesn’t mean there isn’t a strong market for it. Let’s look at manga, for example. 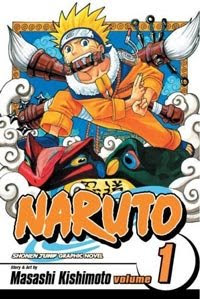 Manga was once a niche market. So niche, in fact, that fans went to extensive effort to find and translate works (for example, from Japanese to English) just so they could read and share them with other fans. (I should know. I’ve got a whole collection of Japanese manga from back in the day.)

Now, only a few years later, manga is mainstream with huge sellers. Hundreds of titles are available. No longer do fans have to pay scads of money for imports—they’re easily and cheaply available and in a variety of languages. When I see whole sections in U.S. bookstores devoted to them, I can only stare with a sense of surreal awe. Then there’s the wealth of titles I can order online.

But, did those early years represent a multitude of lost sales because publishers didn’t invest in that niche market earlier? Or did manga only hit stratospheric sales later because the audience was now primed and ready? And what can publishers learn from this?

While ebooks won’t supplant print books anytime soon, there will come a time—whether we’re all in agreement about it or not—when they will be prevalent, readily available, and supported by inexpensive, easy to navigate technology.

Ideally, e-readers will become flashy enough to attract even “casual” or infrequent readers who can no longer resist their allure.

Don’t think it can happen? Take a look at the Wii. After coming in third with the last round of console wars, Nintendo did a reboot. They decided they couldn’t compete against the combined hardware/software might of Sony and Microsoft. So in sports terms, instead of running it, they performed an audible.

Nintendo took aim at the non-gamers—the moms, grandparents, etc.—to bring them into the fold. And, the plan worked, tremendously in fact. Two years after its launch, the Wii is still nearly impossible to find on store shelves.

Nintendo entered into this foray with a very strong and recognizable brand intact. They then recognized the inefficacy of following everyone scrambling for a few apples in the top of the tree, and redirected their energies in acquiring the then-ignored low hanging pears that were present by the bucketload.

The ironic thing is, if Nintendo had polled every one of their fervent fans—and believe me, there are many vociferous members in the “Church of Mario”—they probably would have told the company to just stay the course with the usual “twice the power, twice the graphics” console.

Regardless of the minority opinion, Nintendo is now practically printing its own money, and more people were inducted into gaming, which can only help everyone in the entire industry (so much so that the gaming industry as a whole is laughing all the way to the bank even during this economic slump).

So what does all of this mean for the publishing industry?

Regarding print books, it’s understandable that it’s not possible to provide a physical slot for every one released. But this doesn’t mean mainstream print publishers shouldn’t make other books available online. Some, like Harlequin and Dorchester (who recently announced a deal for ebook conversion), have taken the lead in this area. Others have yet to catch up.

While the blockbuster mentality is a necessary part of the book business, what if I don’t want that type of book? Ebooks and niche genres offer something for everyone. Coupled with aggressive online marketing campaigns, both publishers and authors stand to benefit when they explore possibilities off the beaten path.

And if now is not a time for reinvention and innovation, when is?

When books are available online there are no shelving issues—a boon for cross genre novels like SFR. Agent Kristin Nelson discusses the shelving issue at length with her client Linnea Sinclair in this podcast radio interview. The exchange underscored my current purchasing habits: When I have time to browse bookstore shelves while indulging in a grande caramel macchiato, I’ll head to a brick and mortar. Maybe I’ll stumble on a science fiction romance book; maybe I won’t.

When I actually want to find science fiction romance books, I’ll settle for a mug of Folger’s Choice and indulge in the convenience of what a few mouse clicks can bring.

Here's another example of low hanging fruit: “…female-centric ebook market.” This quote is from a recent blog post by Samhain Publishing Executive Editor Angela James in which she discusses the ways in which epublishers have “thrived” by appealing to a “…wide demographic of readers” with all sorts of goodies.

I’ll toss out another possibility: ebooks could be offered for download over airport WiFi or kiosks (akin to a recent videogame model). The more pervasive the reach, the more "out of the box" sales opportunities open up.

Remember the long tail? It’s a place where publishers, both mainstream print and epublishers, can mine a niche market like science fiction romance. Publishers can take risks on books that otherwise would have languished in the slush pile, especially if they increase the number of available ebooks.

So, my hardworking passengers, what other avenues could publishers could explore to sell science fiction romance books? When it comes to locating niche genre books, what process could make it more convenient?

In our final installment, we’ll explore the intersection of niche markets, ebooks, and promoting science fiction romance from the author side of the equation.