Specifically, I’m referring to those (many of which hail from the 80s to the late 90s) that have a reputation for cheesy plots, over reliance on romance genre stereotypes, and subpar—some might even say appallingly subpar—science fictional elements.

With an extraordinary history of science fiction novels dating back (arguably) to Mary Shelley’s FRANKENSTEIN, along with an equally amazing history of romance books extending back to the works of Jane Austen, pairing SF and romance was bound to be nothing short of spectacular. The Big Bang in overdrive, as it were. 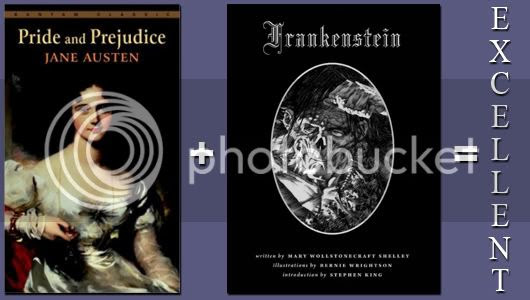 So how did they go astray?

You’ve probably heard about futuristic romances being referred to as “historical romances in space.” Meaning that an SF backdrop has been substituted for a typical historical romance one, and little else changed. It’s true that in some—if not many of these tales—the SF elements are often window dressing, a means of lending the romance a sense of the exotic and nothing more.

Ironically, for many readers the “historical in space” aspect is part of the appeal. Renowned science fiction authors Sharon Lee and Steve Miller have a reputation for books with a “Regency in space” feel—and the description is intended as a compliment. And it’s not like a few strictly SF books don’t have a reputation for being a Western set in space. So that factor alone isn’t the problem (unless, perhaps, one is a hardcore hard SF fan).

Another complaint is that even if the SF elements existed to any significant degree, the author/editor sometimes got the science wrong. Or the SF was media derived instead of literary derived. But media tie-in SF novels are not only popular but also big business, so that last criticism is suspect as well.

One major oversight in some (most?) of the early futuristic romances would be the lack of any truly speculative elements. Including will-nilly references to starships, hyperdrives or space stations without delving into “what if?” exploration left the SF half of the stories gasping for breath.

Were these futuristic romance authors under a time crunch so severe that they may not have had the time to acquaint themselves with the then-current SF offerings? If they had, the SF sides of their stories might have read vastly different.

But editors played a role here as well. I’m going to quote author Marilynn Byerly, who commented about the subject during my previous post:

“Most romance editors knew nothing about science fiction so they couldn’t spot the problems, and they were absolutely certain that a romance reader wouldn’t understand most of the tropes of sf or the concept that a romance could be about an idea in the same way as a sf novel can.”

* Poor plotting—the problem in some stories was not the SF-as-backdrop, but the plot is a backdrop or afterthought. Still scratching my head over that one.

* The over dependence on complications instead of honest-to-goodness conflict. I can enjoy MARS ATTACKS scenarios or the heroine’s romance with an otherworldly barbarian, but nothing makes me snooze faster than a series of boring, easily resolved complications that don’t amount to a hill of beans. Without convincing conflict, the various tensions (emotional, sexual, psychological) suffered by a landslide.

Taste is very subjective, but it’s often an unspoken agreement among many readers who draw the line at some point when it comes to quality prose, story structure, and characterization. I mean, some of the aspects we enjoy about these books could also be considered some of the worst offenders when it comes to truly speculative fiction.

Somewhere along the way, futuristic romances jumped the shark. Somehow, they managed to lose not just potential science fiction readers, but loyal romance readers as well. Instead of firing up a bold new trend, futuristic romances almost suffered the fate of the dinosaurs. The reasons may be even more complicated than those I’ve laid out above.

Are there lessons to be learned here? I’d love to hear your thoughts.