To clarify, this discussion isn’t about differences within the subgenre itself. It’s about the marketing labels applied to stories that combine science fiction and romance (romantic SF excluded for the moment). My goal is be sensitive regarding the changing terminology of this subgenre while I speculate about what might be the new and best terms to describe it.

While the label futuristic romance never quite went away, other labels sprung up alongside it: science fiction romance, speculative romance, intimate adventures, romantic space opera, paranormal/futuristic paranormal, and if we really want to split hairs, sci-fi romance. 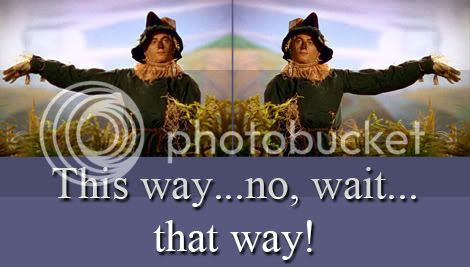 Bit of a marketing morass, if you ask me.

But let’s return to futuristic romance for a moment. If indeed it has soured as a marketing category, why is the term still so prevalent? Is it simply a case of habit? Is it because the Internet’s vast repository of sites results in a regurgitation of the term every time one conducts a search regarding books in this subgenre? To wit:

In the Wikipedia entry for Romance novel, the subsection is “Science Fiction Romance,” but the definition starts off as “…The first futuristic romance [emphasis mine] to be marketed by a mainstream romance publisher…”

Authors Linnea Sinclair and Susan Grant gave cover quotes for debut author Jess Granger’s forthcoming book BEYOND THE RAIN (August 2009)…and both referred to it as a futuristic romance. Granger’s agent’s Web site also lists the book as such.

“When it comes to futuristic romance, it doesn't get better than Sinclair!" --Romantic Times BOOKreviews magazine. You can also see that quote on the cover of Linnea Sinclair’s forthcoming HOPE’S FOLLY. Susan Grant doesn’t get off that easily, either—in the January 2009 issue of Romantic Times, her forthcoming book WARLORD’S DAUGHTER is listed under the “Futuristic” category. And MOONSTRUCK has “Paranormal Romance” on the spine. (Is that more effective than just using “Romance” as on her previous novels?)

Or maybe futuristic romance went away in some circles, but not others. Apparently, many of those early books labeled futuristic romance were cringe-inducing enough that subsequent authors strove to distance themselves from the term altogether. But as we saw from the above examples, authors can’t seem to escape no matter how fast they run.

So back to marketing terms: If publishers want to reach the widest audience possible, why not use a term that is easily recognizable? “Science fiction” already existed at the time futuristic romance was coined. Why reinvent the wheel?

What exactly is meant by “futuristic”? Was it created as an attempt to soften the SF elements, or rather to convey that the romance was predominant? “Futuristic” implies stories set in a future time, but it also refers to advanced technology. Was the emphasis on the future intentional? Not all science fiction stories take place in the future (e.g., mundane SF, steampunk).

A major reason I chose the “Adventures in Science Fiction Romance” tagline for The Galaxy Express was simply for clarity. Speaking of clarity…

Marketing labels are extremely important. They convey information about a product and provide for ease of categorization. They also aid in branding books, authors, and genres.

If that’s the case, why split the marketing with various labels? This issue represents a great divide—inserting an unnecessary barrier within the subgenre. It might be the result of different publishers inevitably creating similar products but marketing them according to the demands of the imprint, without researching the competition or trying to outdo the competition. Then there’s the issue of publishers chasing sales by labeling a book according to current trends. Everyone wants authors to profit, but aren’t there more effective strategies?

Whatever the reason, the proliferation of various terms hinders effective brand identification, marketing, and promotion, both for individual authors and the subgenre as a whole. Readers need a certain amount of consistency. Musical chairs is fun when you’re a kid. As an adult trying to make informed purchasing decisions, not so fun.

I think readers are intelligent enough to realize that a few bad apples don’t define the subgenre as a whole, and that over time books and perceptions change. Neither do all readers contemplate books solely in terms of marketing labels.

Many readers are resilient in that they’re willing to give authors and stories repeated chances. I didn’t swear off all future science fiction films just because SANTA CLAUS CONQUERS THE MARTIANS sucked space eggs. And don’t forget that today’s youth are the adult readers of tomorrow. That represents an opportunity for a fresh start as well.

In light of the above issues, what are your thoughts on futuristic romance as a marketing label? Is the unsavory association with certain books unshakeable? Should it be flung to the far corner of the universe, or salvaged and given a makeover? What about science fiction romance? Does that term have an edge over futuristic romance, and if so, what is it?

Or should we consider another label altogether?