The Dancing Pregnant Woman in a Blue Dress

Yes, you read that headline right! (More on that later.) 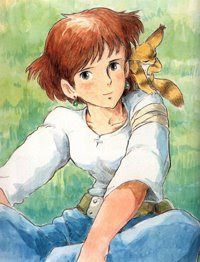 From about the age of twelve, I watched a lot of anime. Not enough to fry my brain (well, after this post you might have a different opinion), but enough that the Japanese imports, retooled for my “sensitive” American sensibilities, left their indelible mark upon my personality.

During high school, I watched about an hour a day of my favorite shows (it’s important to note that this was ABCV, i.e., the Age Before Cheap VCRs). On top of that, I often spent time flipping through roman albums, followed by plastering posters upon my bedroom walls and arranging other assorted anime trappings. I even have a photo preserving those halcyon days: The picture is of me and my husband (then boyfriend) holding hands, surrounded by all of this eye-popping anime paraphernalia. It’s really quite endearing nerdy.

Whenever possible, I browsed the shelves of many an SF emporium, as I’ve blogged about previously. This hobby continued well into my twenties, although intermittently at times because of college, grad school, jobs—the usual suspects. As a result, my mind must have warehoused an insane amount of images, because I started having these bizarre fangirl dreams.

The dreams, which happened periodically for many years, typically took one of two directions.


One set of dreams usually involved what I can only describe as dreaming in animation, akin to the style of the anime shows I watched. The colors were always startlingly vivid, and there were repeated instances of lucid dreaming, where I’d rewind and play a particular scene over a time or two. Or three.

These dreams felt similar to the experience of writing fan fiction. I was an observer/director of the story unfolding before me.

Because the shows I enjoyed involved lots of starships, I’d often imagine being aboard one, gazing out into a multicolored vista of stars that didn’t resemble anything close to the known universe. But boy, was it ever beautiful.

The beauty came not only from the eye candy before me, but also the emotions going through me. I remember experiencing a sense of exquisite satisfaction, as though I had merged with my favorite shows and become one with them. Whether the stories made sense or not didn’t matter. I was in a cocoon of animated bliss, generated by what kind of deep seated longing Buddha-only-knows.

And the dancing pregnant woman in a blue dress…? That was a dream I had about my favorite heroine at the time (well, of all time), a willowy blonde who was never pregnant in the show, but she did wear a long, flowing blue dress in one episode. But oh, that dance…. Remember when Elaine from Seinfeld does that whacked out “dry heave” dance? That just about sums it up. 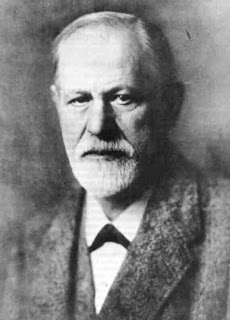 And no, I wasn’t pregnant at the time (although now that I have experienced pregnancy, I understand just how much of a logistical nightmare that dance actually was).

The other type of dream I’ve had over the years involved various trips to dream comic book stories, my main source for anime collectibles in waking life. (Oddly enough, I never had this type of dream about an SF convention. Go figure.)

The dream would begin with me wending my way through my childhood town even though that place never had such a store while I lived there.

The cool part about these dreams is that they would frequently involve my “discovery” of a new store. I remember not so much walking as gliding my way through each one. Sometimes there were other customers, sometimes not. I would then eagerly rummage through various bins and shelves or otherwise wander around completely dazzled.

Many times, I imagined I found a new roman album (again, from my favorite shows), and somehow I even gazed upon numerous illustrations as I turned each page. Most likely these images were cobbled together from ones I had already seen during waking life, but whether I dream-manufactured them or was simply recalling existing images, the experience gave me quite a high.

The decided downer about these dreams is that they almost always ended before I could buy anything. There was one exception, but that’s it. I don’t remember what I “purchased” however. I’m pretty sure these dreams represent the fact that I had neither the funds nor the access to feed my anime hobby to any great extent. The dreams always fell short of true wish fulfillment.

But they were fun—while they lasted. So that’s the story of how I used to sublimate my love of SF and romance.