On Gender Politics In STAR TREK

“In 1966, the original series helped America think of women’s roles in a different way. In 2009, the reboot reinforces gender stereotypes of women only being valuable as the objects of lust, fertility or adoration.”

Another person commented that “I think Uhura is a wasted character. She’s written as though she’s strong, but her moments of competence take place off screen.”

Ms. McDonald expressed disappointment that there hasn’t been more discussion about this issue, and I can understand her frustration—especially since her own work features strong, complex female characters in positions of authority and power. One could argue that according to this latest incarnation of STAR TREK, there hasn’t been any apparent progress towards gender equality in the future and especially in science fiction feature films.

Why did STAR TREK, with its vast cultural influence, “reinforce gender stereotypes of women” rather than portray the female characters in a more progressive light?


My take over why there’s not much of an outcry over STAR TREK’s gender politics is because STAR TREK, like the original television series, is a coming of age tale targeted to teenage boys and young men, i.e., the core movie-going audience. That’s what Hollywood expects. That’s the audience to which they’re accustomed to selling.

The film is about the evolving relationship between the original main characters, Kirk and Spock. Everyone else is there in the capacity of a supporting role. And there’s nothing inherently wrong with that. This is the origin story. Yes, Uhura doesn’t do much on-screen, but neither does Montgomery Scott, Pavel Chekov, or Christopher Pike.

The Abrams’ STAR TREK is a reboot, an echo, of the groundbreaking original series. They simply blew the dust off of the franchise, and injected several million dollars of CGI adrenaline. The groundbreaking has already been accomplished. Women are depicted as officers on the bridge, but this concept isn’t as innovative in 2009 as it was in 1966.

J.J. Abrams’ version had very different goals from those of Roddenberry: To entertain first and foremost, but also to successfully resurrect a problematic franchise. Paramount head honchos probably dictated requested a love interest/mother character to attract female moviegoers. I wouldn’t put it past them to intentionally calculate such story elements, whether they were germane to the story or not and regardless of whether the roles were politically correct.

At its core, STAR TREK would be perceived as a male-centric series to the Hollywood juggernaut. That women pay to see it is an added bonus for the studio, and the marketing team was determined to ensure success even if it meant playing conservatively with the female characters. And right or wrong, that gamble seems to have paid off with its impressive box office numbers.

Given the male-centric premise and the studio push for maximizing profits, it makes me wonder if general audiences simply don’t question that female characters will accomplish only that which serves this particular story arc. Hence, little outrage over the issue. Since Paramount wields such power and control, I wonder if STAR TREK even had an opportunity to begin with, let alone one to lose.

The real focus of frustration isn’t STAR TREK, in my humble opinion. It’s that there’s no female-centric equivalent of STAR TREK. 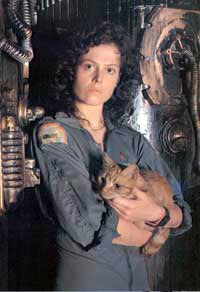 Frustration abounds given that female-centric SF films are a rare species, as are male-centric SF films with progressive female characters. On top of that, frustration arises from the perpetuation of the belief that women in a position of power (e.g., starship captain) wouldn’t be exciting to watch on the big screen, Lt. Ripley of ALIEN fame notwithstanding.

Unfortunately, Hollywood doesn’t bother much with those demographics. For some convoluted reason known only to bean counting executives in ivory L.A. towers, women aren’t perceived as fans of science fiction despite overwhelming evidence to the contrary (remember Bjo Trimble? Exactly). Television networks aren’t immune to this type of thinking either, given that NBC suits were primarily responsible for suppressing potentially exciting (and controversial) elements such as the planned attraction between Uhura and Spock in the original series and the idea of Nurse Chapel being a doctor.

Let’s ponder further, maybe play a little devil’s advocate. Do we want a female-centric STAR TREK? A female version of Kirk and Spock? What would be the core of the conflict? Could there be a physical altercation between the leads without someone invariably heckling it as a “catfight”?

Ultimately, it comes down to choices. In addition to more female-centric SF films, I think many of us would love to see science fiction romance films where the heroine is the equal to the hero. She could be the partner, the love interest, the object of lust—but the hero would also serve the same purpose. An SFR film could strike that balance between female and male centric stories. If offered up in addition to films like STAR TREK, moviegoers, and especially women, would then have more choices.

Won’t it be the day, when STAR TREK isn’t the only game in town?