In How Much is Too Much (World Building & Balance), author Linnea Sinclair (HOPE’S FOLLY) poses the following questions in response to my post on “7 Unnecessary Science Fiction Worldbuilding Details”:

“So the question becomes, how much is too much--to which part of your readership? What assumptions can you make about SFR readers? How do you keep one half entertained without insulting the other? Can we assume everyone knows what an airlock looks like and does?”

My answer to that? Forget trying to please readers all of the time! Sometimes we simply don’t know what’s best for us. 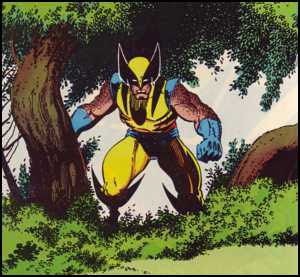 When the first shots of the first X-MEN movie were released, the hardcore comics crowd howled because Wolverine wasn’t wearing his bright yellow fighting togs. Why? Simply put, it would have looked silly on film. (I guess Logan’s gruff exterior belies his inner sartorial sense.) And now, the X-MEN films are runaway successes and Wolvie has his own flick.

Is anyone still grieving over the absence of his original uniform? Exactly.

Now take the new STAR TREK…. Keeping it spoiler-free for those who still haven’t seen it, let’s just say that director J.J. Abrams introduces a number of changes that differentiates this version markedly from those that have gone before it.

But you know what? That’s right—forget them! STAR TREK is entertaining. It has more conflict than the last five ST movies combined. It’s action-packed. It’s funny. It delivers what the franchise desperately needed.

Is it flawed? Yes. Does it have plausible science? Eh, not really, but that’s not the goal of the film. It wants to entertain and sell as many tickets as possible—all else is secondary. That it might draw more people to science fiction is a mere perk to us. 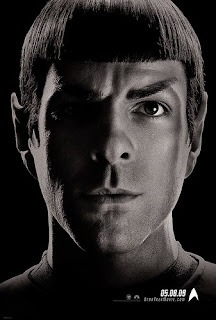 With STAR TREK, J.J. Abrams wrote a great big ol’ love letter to Trek fans—both casual and hardcore. But the film would never have been made if he attempted to incorporate the needs of every last fan. So, why try? It doesn’t take a genius to keep the focus on the 98.8% majority rather than the remaining holdouts, vociferous though some may be.

In the end, even the hardest of hardcore Trek devotees must be pleased that the film’s cash-drenched opening ensures the franchise will continue. Paramount wanted a movie that reached across the aisle to the non-pointy ear crowd and they got it. This is a good thing, not bad.

So to further address Ms. Sinclair’s questions (and I’m sure she’s tearing her hair out over my apparent contradictory opinions. What can I say? I’m a complicated reader!), I’ve discussed the nature of an SFR reader previously and would like to resurrect my thoughts on the matter.

Additionally, science fiction romance readers have a different set of expectations. They expect the political elements and the romance to interface and that this process will happen differently for each story. They don’t require that either element is dominant at all times.

SFR readers expect that when the political hovers the romance will move to the forefront and vice versa. Occasionally the two run a tight parallel, because what happens in the political sphere often impacts the romance. For SFR readers, this shift doesn’t create impatience with the story or cognitive dissonance. In fact, it raises the stakes.

SFR readers embrace the juggling act of these blended genres. Potential SFR readers have a choice as well: They can alter their expectations about fiction categories.

Regardless of our expectations, dear authors, the bottom line is that all we expect is some good old fashioned entertainment. The fact that we will process the experience ad infinitum is a testament to the timelessness of your stories.