Previously, I blogged about the publishing challenges facing author Cindy Holby. I’ve been speculating about how readers might take risks on stories they might otherwise overlook. 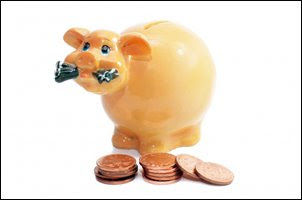 (Image: FreeDigitalPhotos.net)
Perhaps one idea lies in a concept known as “customized entertainment.” In Marketing Fiction in a Changing World, Jacqueline Lichtenberg observes that “The whole social networking phenomenon is an example of customized entertainment. And it’s being made into a mass market product. But the current business model can’t figure how to monetize it…”.

What does science fiction romance have to do with customized entertainment? And how can vendors deliver SFR effectively to more readers who will pay money for it?

In order for SFR to thrive—or even just survive—it behooves authors and readers to adapt to emerging technologies. If authors are going to gain recognition and sell books in a fiercely competitive market, it behooves them to embrace and master emerging technologies. SFR has more potential than any other romance genre to jack into digital media—after all, it deals with “What if?” and technologies all the time in the stories themselves.

Instead of throwing money at bookmarks, ads, expensive Web sites, and seeing what sticks (because in all honesty, most of it won't), I propose that authors create digital content that can be funneled through different types of media. Not all of this content should or will generate profit, but that’s part of the risk of selling art.

The onus is not just on authors, either, since publishers, agents, and booksellers risk losing rather than gaining media-savvy readers if they fail to get involved in creating exciting digital products and interactive experiences. And why not prepare now for the avalanche of media-savvy youth who, in the not-so-distant-future, will conduct a large percentage of their social and consumer spending habits online?

With a traditional print book, readers are purchasing a package involving a cover, blurb, title, and author name, among other things. But for a niche genre like SFR, more sales might be generated if we envisioned a product beyond the physical package. One way to increase the number of revenue streams for science fiction romance may lie in reinventing it as a multimedia experience.

Here Are a Few Ideas for Starters:

• Ebooks: While the technology to support them is still developing, manufacturers are falling over themselves trying to create the best ereader, whether it's expensive, cheap, or in color. Ebooks also allow for stories of varying length, which will help authors reach readers who want quickies to read on their iPhone during commute time, or for during those interminable waits in the doctor’s office.

Ebooks should be especially appealing to SFR authors since “…the romance genre has been a leader in the digital revolution.”

• Bundled Content with eBooks: In addition to the story, publishers could bundle various types of extras (e.g., links, exclusive invites to online author events, author interviews/articles). Similar to the extras featured on DVDs, additional digital content will increase the value of the ebook itself. Even if readers don’t read every single extra, they’ll enjoy having the option and will feel as though they are getting their money’s worth.

• Interactive Stories: In her post, Jacqueline Lichtenberg also wrote, “For a writer, that means standardize your plot structure then use your creative art to induce the reader to IMAGINE THEIR OWN STORY using your story as a springboard into their own story.

Your product is no longer your own story. In this changing world, your product is fuel for your readers’ imagination in ways it never could be before.”

For examples of current interactive stories, check out Ellie Marvel’s MEGAN’S CHOICE (Red Sage) and Jess Granger’s THE MANY ADVENTURES OF ETHEL THE SPACE PIRATE. Not every author should feel obligated to create one, but doing more of it will create variety for readers.

• Free Online Content: Offer readers something for free to sample the genre, and the experience should be exciting enough that they want to pay in order to read more.

• Pictures Are Worth a Thousand Words: Are you tight with an experienced illustrator, or know one who needs exposure for his/her work (and therefore might work for free)? Create an online science fiction romance comic and feature it directly on your Web site. If you're represented by an agent, explore writing an SFR manga.

• Science Fiction Romance Videogames. If you’re an established author with an agent, why not pitch an SFR to a videogame company? Yes, games. They're more mature in complexity and emotion than ever. I have an entire post devoted especially to this coming next week.

• Utilize the Power of Social Media: The current economic struggles often make it seem as though we have no control over the publishing industry. Yet the Web is one way to level the playing field.

Okay, so perhaps that’s stretching things, but blogs, Twitter, and online communities offer many ways for authors and readers to interact. Readers especially can use social media to spread word-of-mouth about their favorite books.

• Innovation Is the Name of the Game: While perusing this article at SFSignal, I came across an intriguing comment: “I can go to Best Buy and purchase a preloaded gaming card. Why not do the same thing with an ebook?”

Obviously, authors have zero control over this type of marketing, but it might be one way to attract impulse buyers to the genre.

While the above list doesn’t represent all ideas or even the best ones, the bottom line is that SFR has an opportunity to become a customized entertainment package in many ways. I’m sure a lot of experimentation will be needed, but I hope authors and other industry folks are willing to explore choices beyond the traditional methods.