The Cherryh On My Cake

I picked up a book with an interesting cover from my local library: RIMRUNNERS by CJ Cherryh. I’m a sucker for a good action cover and this one is a beauty. It did not disappoint. The book was read and returned within twenty four hours.

While I was at the library dropping off the other one, I had to pick up another: TRIPOINT. 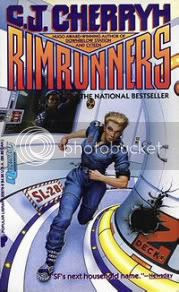 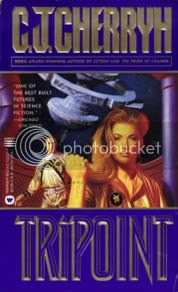 Little did I know that I had just entered the CJ Cherryh vortex.

Next up was FOREIGNER. (I must, at this point, deliver a word of thanks to Linnea Sinclair. I asked her to recommend a Cherryh book or two – she recommended, like, fourteen of them. Thanks, Linnea!) 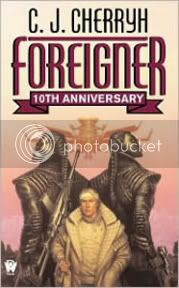 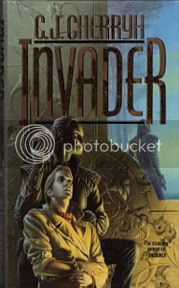 FOREIGNER was the first in a series of nine, with another trilogy planned. I read all nine back-to-back and am now impatiently waiting the tenth. The librarians were wonderful, as the various parts of the series were scattered across different libraries in the system. They tracked them all down for me and ordered them. While waiting for the much anticipated # 10, I threw myself into The Faded Sun Trilogy. Awesome! 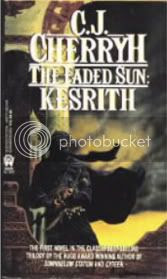 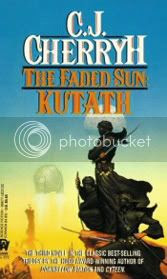 I needed more! Much more!

Thankfully, Ms. Cherryh is prolific and I was not reduced to squeeing “write faster, puhleeeeez” on the poor woman’s website. Next up was DOWNBELOW STATION. I thought I would die of happiness it was so damn good. Then I followed it up with HAMMERFALL. 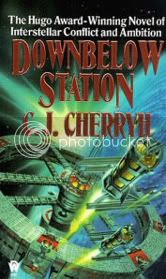 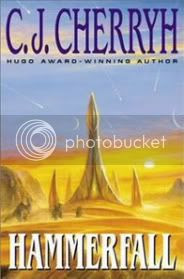 And then it got even better with CYTEEN. Oh happy day! And I wasn’t even close to finishing all her books. 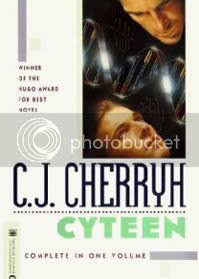 I currently have four more stand alone novels and a trilogy on my bookshelf – a Christmas present to myself. I’m spacing them out, trying not to be greedy, trying to make the pleasure last.

But is it Science Fiction Romance, you ask? Well, there is some romance, but her books are all-encompassing – revenge, politics, love, death, cruelty, adventure: pretty much you name it. She writes absolutely fascinating female characters – none of them could be described as your typical heroine, but even the most evil of them have at least one redeeming quality.

Her world-building is immaculate. Her aliens are truly alien – there is never any mistaking them for humans in dress-up. Her ships are palpable machines – they need a crew to keep them going, they break down and malfunction. Children are born and grow up on them. There is as much going on below decks as there is up on the bridge. Her space stations are cramped, claustrophobic and populated with friends, refugees, lovers, aliens, families and implacable enemies. Habitable planets are rare and much sought after and fought over.

It’s been a long time since I hunted and devoured an author’s backlist the way I am doing now. What can I say? My name is Agent Z., I’m a CJ Cherryh addict and I don’t want any twelve step program getting between me and my Cherryh.

Felicitations to the fellow Cherryh geeks. Here are a few yummy links:

Her Web site
Her Wikipedia entry
Her bibliography

A question: when was the last time an author so completely captured you? Who was it?