I like to think of Natalie Hatch as “The Wonder From Down Under.” Mother of five and an aspiring author of YA SF&F, she’s the voice behind the blog What Time Is It Again? She’s also a contributor to the group blog, We Love YA along with several other Australian Young Adult authors.

Science Fiction has brought us through wormholes, evil Emperors intent on ruling the galaxy, face sucking alien spawn, and the like. It shows us a glimpse into the maybe future at the same time as getting us to think of the ethical dilemmas our society faces now.

For Young Adult readers the sky isn’t the limit, and though YA Science Fiction is still a rare beast, the good thing is we have very talented writers out there exposing future generations to the ‘thinking person’s’ story.

Though I have included a lot of male authors in my list above I must advise that there are some fantastic female SciFi writers out there, these are just a few of the latest books I’ve read. 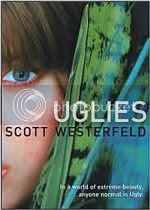 Scott Westerfield’s Uglies series is set in the future, where people are ugly until their sixteenth birthday. They undergo a transformation brought about through surgical intervention to make them ‘beautiful’ so they can fit into society. It’s a case of “Logan’s Run” meets “Nip and Tuck” to start with. His main character just wants to ‘fit in’ with the rest, but when she meets another Ugly who doesn’t want to go through the surgery she starts doubting the process herself. Scott takes us on a journey to what our world might end up like if we keep deifying ‘beauty’ as we do. Highly recommend this series of books. There’s a touch of romance, a dash of mystery and a whole lot of action. 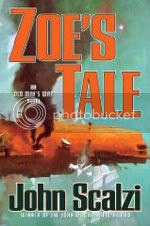 John Scalzi is a favourite of mine. His “Zoe’s Tale” tells the story of OLD MAN’S WAR from a teen perspective. Zoe has been adopted by two retired soldiers. Her biological father had given an entire race of beings called the Obin sentiency. They now worship her and fight to keep her safe. Zoe faces life as a demigod with typical teenage sarcasm. Scalzi is the heir apparent to the Heinlein way of writing and I for one enjoy reading his stories. 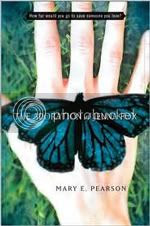 “The Adoration of Jenna Fox” by Mary Pearson was a bit strange at first. I started reading it thinking it would be one thing and then became pleasantly surprised when I found the scientific elements taking over. A teenager wakes up wondering what has happened to her and finds herself trying to dredge up memories of being in an accident. Her parents have kept her hidden from the world, but she wants to go back and be ‘normal’ again. Can’t say anything more without giving away great plot elements, but I did enjoy reading. 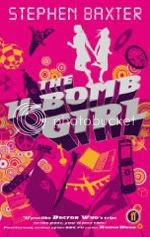 “The H Bomb Girl” by master science fiction writer Stephen Baxter is a time traveling story set during the Cuban Missile Crisis. What if future realities interfered in our past to try to bring about better outcomes for their own purposes? How could you defeat technology sixty years advanced when all you’ve got to work with are bobby pins, Beatles records and attitude? Baxter brings the story to life through a teenage girls’ eyes and he does a great job. It gives readers a look at the possibilities of alternate realities and ethical dilemmas. A little bit of romance thrown in clinched the deal for me. Loved this one.

Teens aren’t set in their ways and so you will get many more readers willing to give Science Fiction a go. They’re also great at sharing their love of a book—just look at the recent teen reading phenomenons that have swept the world. If they love a book you can bet all their friends know about it. There are so many other great SciFi novels out there in the Young Adult section of your bookstore. Why not pop in and have a read? You’ll be glad you did.