It’s My World, Welcome to It

Cathy Pegau, a.k.a. Queen of the Frozen North, is a blogger seeking a home for her romantic SF BAD GIRL. 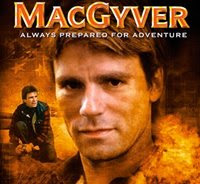 One of the best things about SF and SFR novels is the variety. Just look at the list of dozens of authors on the left of this blog. Each has created at least one world in which to set their unique stories and many have developed more than one. As a reader, this means I can find a book to fit whatever my mood and satisfy just about any SF itch. Ahhhh….so nice.

But as a writer? Oy. Creating enough of a fresh take on the genre to make agents or editors say “Ahhh….” is a challenge. Not an “I think I’ll take the stairs instead of the elevator” type of challenge, but an “I have a paper clip, chewing gum and a shoelace and I need to MacGyver my way out of a locked room before it implodes” type of challenge.

You’d think making up your own world would be easy. A writer is, after all, the mistress of her domain. Uh, no. Not completely. You can imagine all kinds of scenarios featuring alien life, distant planets, and technological advances, but you have to make it plausible. SF/SFR readers are a savvy bunch and will call you on content. Break one or two laws of physics without explanation and you will never hear the end of it. But if you adequately explain why it doesn’t work the same in your world? You are a genius! (For the record, I’m not. And I tend to like the laws of physics as they are. Very comforting, thank you.)

One of the things I had to consider when writing my SFR (aside from who would be involved in the R part, which is a whole ‘nother topic) was where on the technological scale I wanted my characters to live. There are hundreds and hundreds of books already on the shelves that take readers from the clockwork Victorian era of steampunk to the far-flung galaxies of space opera. Where did I want my story to land? How did I want my characters to be affected by whatever technology was available? What technology did I want to make available? Bigger question: How much technology did I feel comfortable explaining? Or not explaining?

The world I created, while 200+ years in the future on another planet, isn’t running amok with technology. There are devices that make information retrieval and transportation easier. Computer interfaces are everywhere but they don’t run every little thing. Vehicles are easier to control but, with the exception of public transport like subways, operated by humans. Folks still have face-to-face meetings as well as holo or virtual. There are no robots. Not everything is electronic. Credits are transferred as currency, but anonymous voucher-like chits are also popular, especially for the likes my main character, a thief who prefers to live below the radar.

Though a somewhat simple world, it still required a fair amount of research to bring it to life. The idea of the mining colony isn’t new, but I had to make it different. So I did some reading on mining and altered certain aspects to fit my world. And hardly scratched the surface of what I learned. I have notes on the subject I may never use, but I came up with an interjection-type phrase as well as a slur used by the characters based on mining terms. Research pops up in weird little ways sometimes.

I’ve heard authors discuss how they spent weeks or months pouring over websites and reading articles or books researching their novels. The best ones weave the information through to make those interesting bits part of the story and leave out the parts that make a reader’s eyes glaze. That’s the kind of SFR author I want to be. 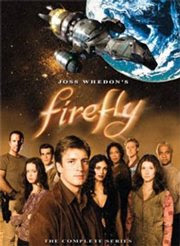 With all the available information, with all the ideas of wonders-to-be, why did I opt for the FIREFLY-esque tech level I did rather than something more shiny and advanced? Partly due to plot, partly due to characterization, partly due to my take on human use of technology. In My World, folks aren’t nearly as enamored with humanoid robots and such as some believe we will be, so there aren’t any. Present-day cars that can parallel park for you or put on the brakes when you are about to rear-end a semi may be pre-cursors to truly automatic automobiles but I decided people in My World weren’t ready to give up the personal driving experience. But that’s just me.

And that’s the beauty of speculative fiction. No matter what we’re in the mood for as readers, it can probably be found. As writers, it can be created. If you have a paper clip and some gum : )

So what kinds of worlds do you prefer to read about? To write about? Gleaming utopias? Dark dystopias? Do you want androids and aliens? Or are humans the only sentient species out there? Does the world matter as much as the characters who live there or do you give one more weight than the other when considering a book?

Thanks, Heather! I’ve enjoyed my ride on the Galaxy Express.