How To Take A Negative Review With Grace 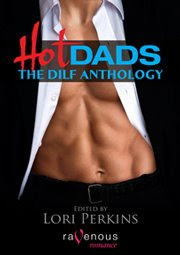 In my humblest opinion, science fiction romance is going to sweep through the publishing industry with the force of the vampire and werewolf paranormal romances. In fact, I believe it’s already started. More and more calls are out for stories of this genre and it’s quickly gaining popularity with readers. As it grows, we’re going to encounter those who don’t agree with its place in the science fiction genre and we may be called on to respond to the naysayers. We may receive negative reviews.

Regardless of our true feelings or the need to curse the children of the naysayer’s loins—stick pins in the voodoo dolls we’ve created in their likeness or mutter insanely that they don’t know what they’re talking about, there is only one way to handle it.

Put your pride to the side. It has nothing to do with how good your story is or isn’t. Folks, writers in general don’t like to hear negative criticism. Regardless of how hard we worked on a story, how many hours of our lives we traded to put it out there, somewhere, sometime, that story is going to get slammed. We are not perfect. No matter how good we think we are, we’re not perfect and we never will be. Rinse and repeat. You are not perfect and your story isn’t either. There is always something you could have done better.

When it’s true, it hurts. Don’t ignore it because you don’t like what they said. My mother always told me, “The truth hurts.” It does. Sometimes reviews can be unwarranted attacks on a writer. (I’ll address these later.) But sometimes they’re not. This is when a writer needs to step back and look at what was said. Is it true? If the answer is yes, don’t retaliate, no matter how bad it made you feel. They have a point. Take a breath and think about what you can do to fix it. Arguing with a reviewer because you don’t like what they said, especially if it’s true, isn’t going to accomplish one thing. It will make you look foolish.

Not everyone is going to love you or your stories. I learned this as a child. Everyone wants to be the “popular kid.” The thing is, what makes one person popular with one group will make you disliked with another. The world is full of variety. It’s what makes it interesting. Go out and be interesting and write for your audience, not for everyone.

Keep a pint of Ben and Jerry’s handy. Any flavor will do. I recommend the direct spoon to carton approach. If this doesn’t work, call a friend to share your misery and ice cream. Through your conversation, you might be able to get out some of your frustrations.

Go ahead, write a response. Vent. Put it to paper or on your hard drive, but before you hit send and make it public, give it a day or two. Sometimes what we’ve written in anger doesn’t look so good the next morning. If you still want to send it after stewing on it overnight, remember the publishing world is a small, small place. Everyone knows everyone and yes, they talk. Don’t do yourself a disservice and burn bridges when you have so many brilliant novels to sell. Remember the saying, “Don’t go off half-cocked.”

You are not alone. We’ve all been there. Talk with other writers who have been through this. Ask them how they worked through it. You might make a few friends and it’s always nice to have a support group of people who understand. People who aren’t writers will never understand our relationships with our stories the way another writer will.

Celebrate the positive. You’re published. Somebody thought your story sounded intriguing enough to purchase, read and review. You’re an author. You’ve done something a lot of people could only dream about. You’ve gotten in the door and your story out there. Reach around and give yourself a pat on the back. You deserve it. In the same note, give other authors their due. They’ve been through the same to get it out there and they too, deserve their place in the spotlight.

Ignore those who did the review out of spite or only for the joy of tearing the story apart. These reviews are obvious to all who read them, for what they are. Garbage. A wolf in sheep’s clothing is still a wolf. Your readers are intelligent enough to see this. Trust them that they will, and do not respond to the attacker. (Note, I did not say reviewer.) Responding to the attacker will only give them more fuel and a deeper desire to hurt you. It’s hard to walk away, but when they don’t get a response and they’re called on it by others, they’ll move on to other sheep. They are predators. This is how they survive. Don’t respond.

Writing is a competitive market and it’s a challenge to get published. Breaking into the science fiction genre and crossing it with amore is a bigger challenge. In a niche market like science fiction romance, you have to have thick skin and a mountain of grace to handle the controversy you’re going to stir up amongst hard core science fiction fans.

So I leave you with this. When that bad review happens, and it will, smile, yank out that pint of Ben and Jerry’s and know that you’re not alone. And please toss that voodoo doll in the drawer and save it for when your mother-in-law comes to visit and criticizes your spaghetti. Let’s show them grace and build up this genre to where it belongs.