MY WIFE IS A GANGSTER & The Nurturing Hero 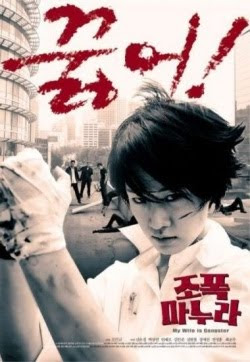 I’m sure all of you are intensely curious about MY WIFE IS A GANGSTER (조폭 마누라 / JOPOG MANURA), a 2001 action film from South Korea. Well, I shan’t keep you in suspense: it’s “…about a female gang boss [Eun-jin] who needs to get married to fulfill her dying sister's wishes.” Eun-jin ties the knot with Kang Soo-il, a sweet, pudgy, teddy-bear of a guy who’s in for a big surprise once he discovers his wife’s line of work. And isn’t the title just divine? 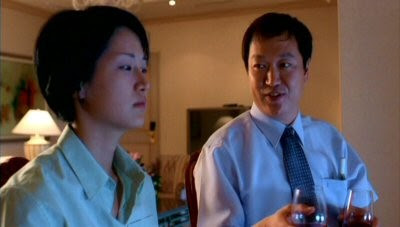 The main element I’d like to highlight about this film is that it explores a few dynamics that unfold when the “traditional” husband and wife roles are flipped. Eun-jin is the domineering gang boss, breadwinner and kick-ass heroine. Like any brooding, tortured anti-heroine, she is sooo not in touch with her feelings. Kang Soo-il is all dork and the poster child of non-confrontational behavior. He’s also the ultimate nurturer. The film has a comic bent which makes the role reversal more of a parody at times, but the actors’ performances generally kept it grounded.

Anyway, as I was watching the film, there came a scene before their marriage (this won’t spoil anything) where Kang Soo-il encounters Eun-jin in the middle of a fight against two other men—only at this point, he doesn’t know she’s a gang boss whose martial arts skills rival the most accomplished Shaolin monk (the viewer, however, knows all about her). From his perspective, he sees only a damsel in a fight with unfair odds. Without any consideration of his own safety, he leaps into the fray in an attempt to ward off Eun-jin’s alleged attackers.

To find out what happens as a result, you’ll have to watch the film. *twirls virtual mustache and cackles maniacally*

Immediately, I shot my finger toward the screen (I was watching the film with my husband). I announced that I wanted to see a version of this couple in a science fiction romance. I thought that Kang Soo-il embodied the purest form of heroism during his act of chivalry. He knew he didn’t have the combat skills, but he charged ahead anyway despite his vulnerability. And later, he demonstrates his worth to Eun-jin not by the size of his…income or wit or possessions or fashion (because he has none of it), but by the size of his heart. 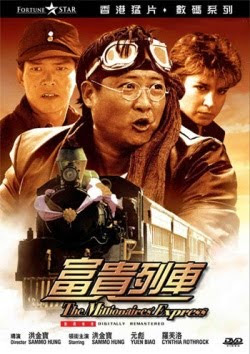 I think it would be swell to read a story in a futuristic setting about a tortured anti-heroine who doesn’t need the hero’s physical protection nor does she compete with him in that regard. Instead, he would help her understand the values of trust, commitment, and respect using his virtuoso nurturing skills.

I also like the idea of the nurturing hero to be the physical antithesis of the typically chiseled romance hero. What can I say? Color me a longtime fan of martial arts film star Sammo Hung, for whom I’ve always harbored a secret crush.

Don’t know if this type of couple will ever make an appearance, but I mention it because it’s an example of how science fiction romance can forge new territory when it comes to heroes. Such characters will probably never achieve the popularity of rakes or Alpha heroes, but nevertheless, they will claim the hearts of readers who encounter them, one Kang Soo-il at a time.