AVATAR & Why I Heart James Cameron

Entertainment Weekly interviewed James Cameron for its December 18 issue (#1081). Since I intend to see AVATAR in a theater, I've not been following much coverage of his much anticipated science fiction CGI spectacular which opens this weekend. However, EW is good about alerting readers to spoilers, so when there wasn't one given for this interview, I read on. 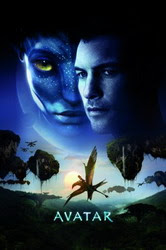 Then, one quote of Cameron's in particular caught my attention like flies to honey:

"EW: Despite the guns and explosions and robots, your movies usually have an element of romance and a strong female protagonist, like Ripley in Aliens or Sarah Connor in the Terminator movies. Where does that impulse come from?

Cameron: First of all, last time I checked, women were 50 percent of the population. And when you're making a movie that costs over $200 million, you don't want to have a target audience. Your target audience is people with a pulse and $15--or even just $15. [Laughs] Secondly, I like women. I like how they think. I like how they see the world. The funny thing is, with Avatar I set out to do a pretty male adventure movie: a stranger in a strange land encountering this other culture. But in the back of my mind, I'm thinking, 'Well, in my life, the way I've learned the most is through relationships.' I've always found that lovers tend to be teachers. So I took that idea and made the story. What we found as we were editing the film was that the emotion was so strong, we just said, 'F-- it, it's a love story.'"

Check out the trailer:

Hence, this will be our AVATAR discussion post. Do you plan to see it? What are your thoughts about the trailer? When you have seen it, come on back and share your impressions.