I’m As Mad As Hell About Double Standards In Science Fiction Romance, And I’m Not Going To Take It Anymore!

In response to my post on Taming The Cyborg, author Katherine Allred (CLOSE CONTACT) asked, “Is it okay to have badass/flawed heroes but not badass/flawed heroines, and why?...Why can't the heroines have the flawed badass roles for a change?” 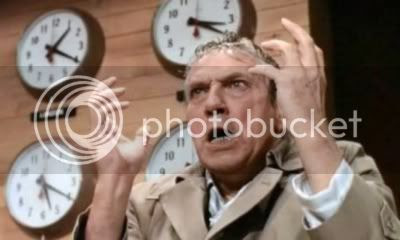 Ms. Allred’s question arose because I had expressed the suspicion that regardless of genre many romance editors seem to only want stories wherein the hero possesses the flaws/badass nature/paranormal or scientific ability. In other words, the hero gets all the fun, all the good roles, all the cool clothes, and all the good dialogue. To echo Ms. Allred’s question, why is that okay?

Well, it’s not, and that goes double (heh!) for science fiction romance.

I’ve been pondering the double standard issue for some time. The issue was first brought into sharp focus for me in March 2009 upon reading a comment by blogger Lisa Paitz Spindler in response to the Dear Author post My Paranormal Malaise:

“Why is it the paranormal character is so often the hero and not the heroine?”

Ms. Spindler’s comment encapsulates the double standard issue with the eye-catching glow of a bright yellow neon sign. I subsequently wrote about this topic for my LoveLetter column in which I noted, "Because the focus of these [science fiction romance] stories is partly on the scientific elements, there is no inherent reason for the hero to be the predominant 'exotic' character." Science fiction romance offers the creative possibilities to consistently avoid the double standard noted above, but has not yet reached its potential in that regard.

Therefore, I feel a discussion is warranted, and sorely past due.

While I’ve encountered a few truly badass/flawed SFR heroines, they are rare. Often, authors just flirt with the idea, which renders the heroines with a second-class citizen badass role. I’ve no doubt some of them would use them more often if it weren’t for the Powers That Dictate A Fantasy Hero Lover For Heterosexual Female Readers Only.

I’ve always wondered if one aspect of this particular double standard has roots in the fantasy lover aspect of romance. Many books offer a badass hero because it taps into the fantasies of those who like to imagine themselves in the arms of a badass, tortured, and handsome hero who is also a great lover. One the heroine reader can tame. All well and good except when this route translates to a failed heroine.

Badass/flawed heroes are given a wide latitude in terms of being able to fight, incur injuries, display arrogance, act ferociously, and even take lives if necessary (especially if it involves saving the heroine). They get to brood and have that safe-yet-dangerous personality that readers seem to find so attractive. Personally, I find these traits entertaining no matter who has them, as long as the character arc is compelling. But it seems that relative to badass/flawed heroes, the badass/flawed heroine is perceived as inherently bad, as though her very soul is flawed rather than just her behavior. Heroes are allowed to cross a line forbidden to heroines—why is that? 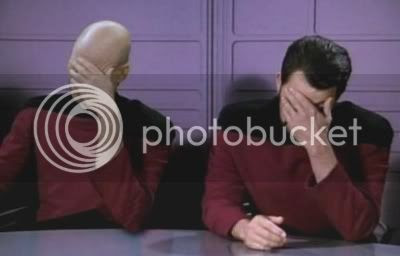 Recently, another blogger examined some of the craft-related flaws in heroines over the years in Why Strong Female Characters Are Bad For Women (via SFSignal). Mlawski weighed in on how some filmmakers missed the boat when it came to portraying strong heroines in movies:

Yeah, the trouble is, although these characters were marginally better than the original Damsels in Distress, they still ended up having to be saved in the final act by the male hero. There would usually be a scene (or three) where the “Strong Female Character” would be trapped by the villain and put into sexy clothing, I guess as a punishment of some sort. And even when she was being strong, she was always doing it in the sexiest way possible. She’d never, say, get a black eye or a broken nose in a fight. Her ability to fix cars (a powerful, masculine trait) would basically allow her to get sexy grease all over her slippery body. Her ability to shoot a gun was so the film’s advertisers could put her on a poster wearing a skimpy outfit with a big gun between her legs. All in all, the “strength” of her character was just to make her a better prize for the hero at the end – and for the horny male audience throughout.

Mlawski also points out that the bottomline is that all we’re asking for is good, strong, flawed characters, ones who also happen to be female.

Frankly, I expect more progressive characters in science fiction romance and flawed and/or badass heroines are one way to accomplish this goal. They don’t have to always be of the kick-ass variety, either (e.g., a heroine scientist who is morally compromised at the story’s beginning would make for an interesting character). Point is, the romance is about a relationship and the heroines deserve a chance at being flawed/badass just as much as the heroes. If readers aren’t demanding that kind of equality, I have to wonder why.

I’m not going to take double standards in science fiction romance anymore. Are you?