Why SF Fandom is Full of Romance Haterz 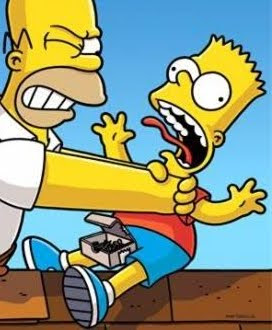 Stories blending science fiction and romance have existed for decades, but they were more likely to thrive in fan fiction communities rather than mainstream print books and magazines. Obviously, not everyone agrees that romance has no place in science fiction. But what drove these hybrid stories underground? And why, despite the significant number of romance-SF blends in existence, does it feel as though they are still there?

The reasons are many, not the least of which is the discrimination against women authors during SF’s early years. (Not that all women authors would have automatically included romances in their SF stories, but some of them might have. The point is, we'll never know.) I can't even begin to address the egregiousness of such discrimination (especially since we still experience evidence of gender disparity today), but there's still plenty of time for change.

And for decades, romance, SF, and action-adventure were segregated along gender lines (see my previous post A Brief History of Science Fiction Romance). That went a long way toward constricting the definition of a science fiction story, a romance story, and what were the “acceptable” elements to include in either one.

If you’re a science fiction fan (=writer/reader) who purports to dislike romance in SF, you have to ask yourself why. Personal preference is one thing; outright dismissal of a perfectly valid SF-romance blend is quite another. It isn't about quality, either; it's about diversity, tolerance, and inclusiveness. Listen, if you’re afraid to admit the value of a science fiction story powered by a relationship dynamic, then here’s a ladder so you can safely descend from your high horse.

That said, romance fans (=writers/readers) need to be accountable as well.

Unfortunately, many failed to include compelling worldbuilding elements in their stories. Primarily, it was the amateurish worldbuilding fiascos that gave SF fans even more reasons to sneer at the idea of science fiction romance. They not only sneered, but also missed the whole point of the stories.

And yet, in turn, folks in the romance industry snubbed their noses at the derision heaped on them because, after all, the books made money.

Since then, it’s taken over a decade for the next generation of SFR authors to overcome that tarnished reputation.

Like a good PB&J, romance and SF go well together. But some people on both sides of the fence have been loathe to admit it. Why? Because authors and readers in both SF and romance have been afraid to admit that essential elements have been missing from the stories—elements that were artificially segregated to begin with. (I don't encounter many SF or romance readers complaining about action/adventure elements in the SF/romance books they read, do you?)

SF can survive flourish if its readers and authors acknowledge the demand for more character-driven and/or relationship based stories, and one way to do that is through science fiction romance.

Romance can become an even stronger market presence if its readers and authors acknowledge the demand for more sophisticated speculative elements in SFR.

We can have both romance and SF in our stories and both can be done well. Why not expand the audience for such tales? Don’t let the past fool you—science fiction romance can do wonders for the imagination.

All of which boils down to: tell a great story, and they will come.