Why Is It Still A Man’s World In The Future? 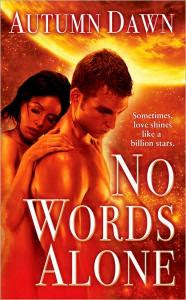 I also felt like Ryven caved much too quickly on forcing her to essentially be a highly-ranked stay-at-home mom. His capitulation that she can have a career was basically that, a throwaway line on the last page, like, "Ok, honey, you can have a job if you want one that badly." And even then he's still in control because he's giving her permission.

While I haven’t read the above book, I did start Autumn Dawn’s WHEN SPARKS FLY. The chapters I read contained subtexts, as I interpreted them, regarding the evil of alcohol and the dangers of sex before marriage. Now, I expect to find subtext of one kind or another in just about every science fiction romance I read, but it’s the subtext regarding Western patriarchal society in particular that gives me significant pause.

It really takes me out of an SFR story when I’m told that it’s still a man’s world in the future—sometimes hundreds of years later. It’s especially puzzling when my own personal experience is at such odds with an author’s presentation of her futuristic world. Even more puzzling when said world isn’t even Earth. Growing up, I learned that I don’t need permission from any man to have a job, so it’s difficult if not impossible for me to engage with a story that contradicts my experience in such a fashion. An exception, of course, would be if an author provided additional commentary on why the misogynistic elements of a patriarchal society had endured.

While not one hundred percent unexpected, patriarchal societies in science fiction romance are more prevalent than I’d like. After all, this is a subgenre that is currently dominated by women authors. Why aren’t we asking them to create worlds with other types of hierarchies? (Well, except for Jess Granger—she already did that in BEYOND THE RAIN). But let’s say the alternatives are unrealistic or are more fantasy than plausible science. Okay, but even if a society is technically a patriarchy, it can still involve much more progressive laws, institutions, and practices that ensure a stronger sense of gender equality than we have now. Seriously, is either of those choices too much to ask?

That said, I realize timing plays a part—an SFR written twenty or thirty years ago can have a different subtext than a new release. With an older book, I take the culture of the time in which the book was written into account. My concern is more when this issue crops up in newer releases. With those stories, I don't expect to be hit over the head with a "Me Tarzan, you Jane" mentality.

I’ve been wondering if both authors and readers are guilty of buying into the default patriarchal worldbuilding element. It’s certainly easier than having to create a believable alternative (and by that I mean more than just substituting a matriarchy in its place). I know I’m guilty of questioning the presence of a patriarchy in a science fiction romance less often than I should. But neither do I want to go overboard about the issue.