State of the Science Fiction And Romance Union: 2010 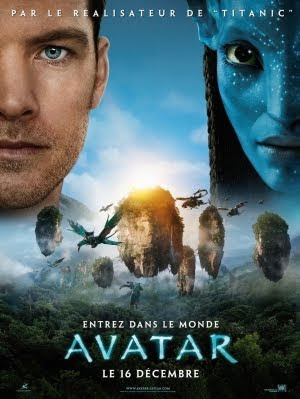 Welcome, dear passengers, to the third annual State of the Science Fiction and Romance Union here at The Galaxy Express!

Since the 2009 State of the Science Fiction And Romance Union, I’ve had even more fun blogging about science fiction romance. In the process, I learned more about a variety of subjects ranging from the digital revolution, the history of both SFR and romance in general, the nature of covers, the importance of social networking, and of course how not to do a science fiction romance film. Overall, this past year has been a time of defining our vision for science fiction romance, and figuring out how we can take it to the next level.

Specifically, here are some highlights of what I saw develop in SFR:

With the rise of digital and other alternate publishing business models over the past year—and a newfound respect for such endeavors—science fiction romance gained a fighting chance to break out of its niche subgenre roots. New digital-first publishers like Carina Press and Decadent Publishing have made it their business to actively seek out SFR. Various companies are racing to develop high quality yet affordable reading devices so readers can connect with a whole new realm of stories.

Digital publishers have been demonstrating how well they understand that the reader is the customer. One prominent example from this past year is Samhain Publishing, which released two SFR space opera anthologies (IMPULSE POWER and MEN IN SPACE). Samhain also has steampunk romance and cyberpunk romance themed anthologies in the pipeline. SFR may still be niche, but digital publishers are working diligently to deliver what fans want.

Authors have also been exploring creative ways to deliver science fiction romance to readers. One example is Jacqueline Lichtenberg’s extensive series of posts at Alien Romances about how to rework the “fictional delivery system” in order to catapult SFR into the mainstream. A second example is Ellen Fisher who has released two SFR books on the Kindle and is blogging about her progress. Increasingly, SFR authors are casting an eye toward breaking into publishing with ebooks, or adding the digital model to their repertoire if they are already established.

Steampunk romance became the hot subgenre among romance publishers both print and digital. I found that very exciting to witness since I’ve been blogging about it since 2008. Tor.com and bloggers like The Book Smugglers and vvB32 Reads hosted steampunk specials this past year. Drollerie Press hosted a steampunk romance panel at its first annual digital conference, Coyote Con. Additionally, Kris Alice Hohls’ LoveLetter magazine featured steampunk articles spread out across two back-to-back issues. Clearly, steampunk romance is a subgenre both publishers and readers are avid about discovering no matter where they live.

Science fiction romance also made unexpected appearances in other mediums. James Cameron’s blockbuster film AVATAR proved that science fiction and romance could coexist in a mainstream Hollywood film and simultaneously bring home the bacon. With THE ADJUSTMENT BUREAU right around the corner and SF/F stories a hot commodity in Tinseltown, perhaps an increase of science fiction romance movies is in the stars.

The science fiction romance online community evolved further this past year with the formation of the SFR Brigade, a consortium of SFR authors who banded together under the knowledge that there’s strength in numbers. And science fiction site SF Signal hosted an SFR themed Mind Meld. That collaboration demonstrated just how much romance and science fiction can indeed get along.

Regarding my predictions from last year, one of them came true, but it’s not public knowledge yet. Wahh. 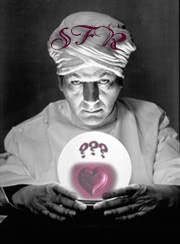 *Ebooks will increasingly become “the” place to find the largest offering of science fiction romances.

*We’ll see a surge of steampunk romance stories hit both the virtual and physical shelves.

*I predict that there will be more growth in the SFR online community over the coming year (in terms of numbers, presence, and reach) than in the past two years combined.

That's my take. I’m being conservative given the recent impact of the economy on the publishing industry. If anything, my overall prediction is that science fiction romance growth will be like the proverbial tortoise: slow and steady wins the race.

What do you see as the highlights since this time last year? What are your predictions regarding science fiction romance for the next twelve months?