Parallel Universe: Science Fiction – The Only Genre That Embraces Both Optimists and Pessimists by Rebecca Baumann

There are two kinds of people in this world. There are those who think that humankind will transcend our current follies, we’ll clean up the planet, and travel the galaxy aboard stylish spaceships, and then there are those who think that life on this planet will become so miserable that it’ll be us and the cockroaches until the bitter end. It doesn’t sound like there’s any gray area between those two points of view, however I tend to fall in the middle myself. I think we’re going to muck things up – badly – but I haven’t lost hope that we’ll find technologies to make life bearable, if not better.

Since I tend to straddle the fence between the optimists and the pessimists regarding humankind’s future, I appreciate the science fiction genre for catering to my moods, depending on how I’m feeling that day. Sometimes I need a big shot of hope, and other days I want to imagine the worst-case scenario. Sci-fi has always been there for me, whether we’re talking books, movies, or television shows, and so I thought it’d be fun to pit the sunny-side-up visions against the Oscar the Grouches, and see who comes out on top. 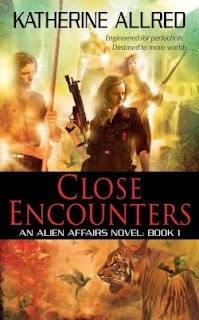 The friendly alien trope is probably my all-time favorite fantasy. I grew up watching movies such as E.T., Close Encounters, and Cocoon, where the aliens were sweet, peace-loving creatures who just wanted to help us stupid humans. I even had a brown, faux-leather E.T. doll with red paint splashed on his chest and finger to simulate his magic glow power. Needless to say, I grew up thinking that the aliens will not only befriend us, but in a way, they will save us too.

Then I became a teenager, and I watched movies like Aliens and Independence Day, and I stopped thinking of E.T. as my buddy. Stephen Hawking has only confirmed my worst suspicions in his recent Discovery Channel special where he warns humans to not talk to aliens, much like I warn my kids to not talk to strangers. He believes that aliens are definitely out there, and if they’re smart enough to get here, 1) they’ll view us like we view ants, and 2) they’ll want Earth’s resources.

(Note: If you’re feeling friendly, nay, even amorous toward aliens, try novels like Touched By An Alien by Gini Koch, or Close Encounters by Katherine Allred. Like I said above, it’s one of my favorite fantasies, but I’m not holding out hope that it’ll be that way in reality.)

It’ll be Utopia
Versus
It’ll be Dystopia

Going back to my childhood again, I used to watch The Jetsons on reruns. Did the baby boomers really think that their retirement would play out with robotic maids and flying cars? It explains a lot about how we’ve gobbled resources like pigs at a trough, and since no one seems inclined to change their behavior, I’ll have to hold out hope that technology will indeed provide some miracles.

One of my favorite visions for the future was Star Trek: The Next Generation. Yes, I like the original one too, but TNG didn’t have all that pesky, 1960s sexism mucking it up. Until she kicked the bucket, a female named Tasha Yar was the head of security, and the sawbones was a woman too. So women could have important jobs (just not the captain or commander jobs). TNG showed aliens and humans working together for the betterment of all-kinds, and in this meritocracy things like wealth or social standing were insignificant. It was a kind of utopia, but more believable than that schlock they dished up on The Jetsons.

So once again, I grew up with a sunny vision for the future, but lately I’ve been gorging on dystopian stories, particularly young adult novels, where life has gone to hell in a hand-basket. Pick your poison, because in a dystopian, post-apocalyptic vision we’ve either fallen prey to virus, starvation, war or environmental catastrophes. I don’t know why I crave these morbid visions for the future, but I must have company because the publishers are churning out these novels like crazy.

(Note: If you want to wallow in the dark side, try Inside Out by Maria V. Snyder, Ship Breaker by Paolo Bacigalupi, The Maze Runner by James Dashner, or The Hunger Games by Suzanne Collins. Life may be crap, but there’s still hope and romance!)

I come from a weird family (if that’s not apparent by now) and my father is one of those rare Americans who moans and groans about the money the U.S. spends on space programs. He was a boy when we reached the moon, and we did it for the bragging rights alone, cause there’s nothing up there that can help humankind down here. One could argue that if we don’t spend those billions now, we’ll never explore space, but it’s hard to justify missions to Mars when there’s so much that needs fixing here on Earth.

There’s no denying that space is sexy though. It’s like when you ask a mountain climber why they climb, and they say because it’s there. Space exploration captures our collective imagination, but I think we’re ignoring an equally cool frontier – the oceans. Movies like 20,000 Leagues Under the Sea and The Abyss do a fabulous job of showcasing how the ocean is every bit as strange, wondrous, and dangerous as space. I enjoy stories that touch on this idea that our future may not be up there, but down below. 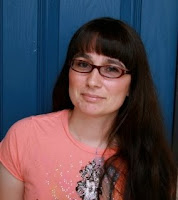 Rebecca Baumann is the writer behind Dirty Sexy Books, a blog devoted to an eclectic mix of genres for fans who can’t decide if they love fantasy, science fiction, historical, or romance more. Rebecca has been blogging since February 2009, and she says there’s plenty more gas in the tank.