A story recently made the rounds that perfectly illustrates the uneasy alliance of science fiction and romance. Maybe you read the whole, hilarious post on your own writers’ loop, but in case you didn’t, I’ll paraphrase it here:

An English professor breaks his class into groups of two and assigns each duo the task of writing a story in tandem. In one unlikely partnership, Rebecca begins with, “At first, Laurie couldn’t decide which kind of tea she wanted. The chamomile . . . reminded her too much of Carl . . .” Partner Bill continues the next paragraph with “Meanwhile, Advance Sergeant Carl Harris, leader of the attack squadron now in orbit over Skylon 4, had more important things to think about than the neuroses of . . . Laurie with whom he had spent one sweaty night over a year ago.”

Things go downhill from there, both in the story and in the classroom, until the story’s characters are dead, the authors are at each other’s throats, and the professor, according to the version of the story I read, is delighted. Funny, indeed, and for those of us with some version of Rebecca and Bill fighting for the upper hand in our brains, painfully close to home!

The story is funny because the stereotypes of floaty, relationship-obsessed Rebecca and violent, techno-centered Bill are so clearly drawn. Never the twain shall meet, right? And for many science fiction readers out there, Rebecca’s first paragraph is not an exaggeration, but a perfect example of romance fiction. For romance readers, Bill’s paragraph is an accurate representation of science fiction. For agents and editors, science fiction and romance would go together about as well as Rebecca and Bill’s story did.

And yet science fiction readers know that SF is much more than space battles, cyborg armies and heroes with square jaws and no emotions. Romance readers know that romance is much more than needy heroines sitting around in drawing rooms discussing a strategy for catching a husband. The problem is that the two readerships have such misconceptions about each other that even a whisper of the one in the camp of the other can lead to . . . well, what a hard SF fan might call an ion storm and a Regency romance fan might call “unpleasantness”.

How to bridge the great divide? Well, the truth is that the stories already span the gap in hundreds of ways. No matter from which camp you approach SFR, there is a story that will draw you out onto our broad linking highway. If you’re a military SF reader, you may like Linnea Sinclair’s Deck Five Series. The science fiction is fast and furious with a space marine polish and the romance is handled, as my college philosophy professor, an old-school SF fan, once said they should be: “with a minimum of embarrassment”. 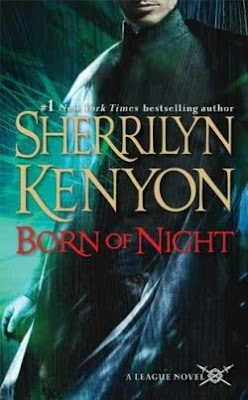 If you’re a paranormal romance fan, you might start with Sherrilyn Kenyon’s League series. Kenyon loved her alien assassin heroes so much she resurrected them from publishing oblivion and put three previously published titles back on the market after an absence of nearly twenty years. With Kenyon’s terrific reputation behind them, BORN OF NIGHT, BORN OF FIRE and BORN OF ICE have all gone straight to the bestseller lists.

Strangely enough, both Regency romancers and DUNE-type SF fans would find something to like in Lois McMaster Bujold’s CORDELIA’S HONOR. This series of science fiction novels with strong romantic elements create a world whose intrigues are as formal and intricate as any story of Regency’s ton or the Atreides clan.

On the other end of the spectrum, usually because it also appeals to a young adult audience, you find steampunk. Steampunk is perhaps the easiest fusion of science fiction and romance, with appeal to lovers of Victoriana, Sherlock Holmes or Gothic and paranormal romance, as well as H.G. Wells, Jules Verne or H.P. Lovecraft. I don’t know many SF fans who skipped those writers when they were kids, and I went through a Holmes phase, too, so what’s not to love? Nathalie Gray’s FULL STEAM AHEAD from Liquid Silver Press was terrific, as was Gail Carriger’s SOULLESS.

Readers of romantic suspense should try Nalini Singh’s Psy-Changling series or Alexis Morgan’s Palladin series. Both series have plenty of the thriller to them and a more solid grounding in the “mundane” world.

Romance readers who like a lighter touch might try Susan Grant’s earlier books—YOUR PLANET OR MINE, for example. Grant has a great sense of humor, which we’re falsely accused of having had removed by aliens over here in SF. Grant is one of our more versatile writers. She hits a very different tone with the stand alone novel CONTACT, for example. And SF fans partial to STAR TREK-style starship captains should definitely go for Grant’s MOONSTRUCK.

If you’re open to combining romance and science fiction, you can find a tale out there with any combination of the two from SF with romantic elements to erotica with an SF hook. You can find any kind of science fiction from steampunk to far future, military to mundane, time travel to technophile, post-apocalyptic to alternate reality. That’s the beauty of creating a new genre. We can do anything we want. And often do.
Those of us who carry around some version of Rebecca and Bill in our writers’ brains are used to fusing the two energies together to fire our creative engines. Matter and antimatter? Maybe. Or more like gasoline and air. We need both in the right mixture to make the engine run smoothly. And depending on whether we’re driving a Ferrari or an SUV, a Hummer or a limo, the mixture is different.

So, what do you say? Why not take a ride with us? Who knows where the road might take us? To the Outer Rim in a faster-than-light starship or the future in a turn-of-the-century time machine; to an alternate universe whose light is fading and whose inhabitants want to kill us or an alternate reality in which sentient beings are split into three factions—Psys, humans and changelings; to a hundred Earths and a hundred galaxies of the imagination, and, always, to the hearts of the beings that inhabit those places.

Donna S. Frelick has assumed many guises in her time on this planet—Peace Corps Volunteer, freelance journalist, professional editor, organic farmer, community activist, STAR TREK fanfic writer, family maintenance engineer. And she has the exotic wall décor, odd Google citations, scars, long-suffering husband, two daughters and one grandson to prove it. Donna is currently seeking representation for her SF/suspense romance novel UNCHAINED MEMORY, part of the INTERSTELLAR RESCUE series about the hunky heroes and spunky heroines fighting a consortium of alien slavers. When she is not writing, Donna teaches both tai chi and Isshinryu karate in Fredericksburg, Virginia.