Where Are All The Science Fiction Romance Loops? 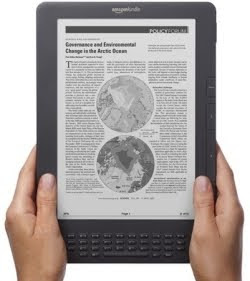 During a recent email exchange with author Pauline B. Jones, we started discussing the issue of why there doesn’t seem to be a high profile loop for readers that’s devoted to science fiction romance. (Linnea Sinclair's Intergalactic Bar & Grille doesn't quiiite count since it's mainly geared toward her books, but you gotta love that she is open to hosting all types of SFR-related discussions). Email lists are convenient, depositing the content right to your doorstep.

And just as important, where’s the one that focuses solely on digital SFR releases? Given that thousands of readers with Kindles, Nooks, iPads, phones, and Netbooks are scouring these loops for fresh reads, why wouldn’t we want to tap into such an audience?

To double check, I did a quick search on Yahoo (a Google search yielded zip, nada, zero), and found one called Sci Fi Romance:

For fans of Futuristic Romance and Sci Fi books with romantic elements. We discuss both genres and everything in between!

Authors: Please note that your promos are welcome (within reason), but this is primarily a reader's discussion list.

The group is active, and I saw a couple of familiar names. Membership is at 125. After I joined, I noticed that most of the recent posts pointed members toward blog articles of interest.

But what about groups with a digital focus? Kindle Korner, for example, has 4, 671 members. That’s nothing to sneeze at. Would it be effective to carve out a niche by having a group devoted exclusively to digital science fiction romance releases? Might someone on Kindle Korner or other such groups be willing to point readers in our direction if we showcased stories and topics geared toward their interests?

Both types of groups would be advantageous, especially one focused on digital releases. And if SFR fans (speaking to readers as well as authors here) are invested in seeing the subgenre continue, it’s helpful to branch out into all different types and sizes of forums, blogs, and groups.

But ideas are a dime a dozen, and the above is easier said than done. The main question is this: Who will moderate them? I think the main reason we haven't seen any high-profile groups is simply a lack of SFR ambassadors. Given the niche status of the SFR online community, there doesn't seem to be enough folks with the time, interest and willpower to coordinate such things. I can't blame anyone for not starting one as such endeavors require a significant time commitment, and any impact may not be known for years to come. And the members who do populate our community can only be in so many places at once.

Another consideration is the focus of such groups. Ideally, they’d be geared toward readers (including authors with their “reader” hats on), and a decision would have to be made early on regarding how much or how little promotion would be allowed (if at all). Promotion can easily derail discussion loops if not closely monitored. As for a digitally focused group, authors would have to brace themselves for readers who are vocal and passionate about access to fairly-priced ebooks.

I’m interested in hearing your thoughts about this topic. Can we use more SFR focused loops? What about one with a digital focus (as opposed to a general one)? What would be the advantages? Challenges?