I’m a fan of science fiction romance (no, really). 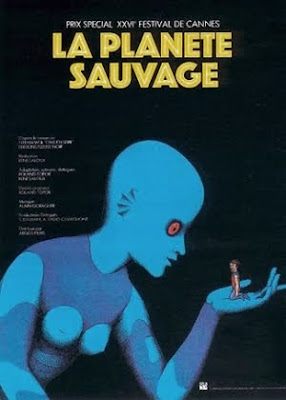 Given the niche nature of SFR, however, I have to frequently search both on but mostly off the beaten path to satisfy my need for such stories. I can’t afford to stick to just one type of medium or distribution system. Furthermore, above all I’m a fan of the subgenre rather than specific authors or filmmakers. I will try any and all stories as well as most of their sources. In fact, I’d probably be that way even if science fiction romance were a hot trend.

What this means for science fiction romance authors is that rock star credentials don’t carry any more weight with me than a pass for an entry-level stage hand. Anyone with an SFR story available for consumption is a star in my eyes.

Authors with digital distribution are just as valid for me—just as “published”—as authors with print distribution. And I will watch any science fiction romance film whether it has theatrical distribution or goes straight to DVD. Ditto for SFR in any kind of visual medium.

Are there types of stories toward which I tend to gravitate more frequently than others? Yes. Will I like everything I read or watch? No. But the point isn’t what I personally enjoy versus what I’m willing to seek out and where I’m going to find it. I love the thrill of discovering stories by new authors as well as established ones.

My feeling is that if you are an author writing in a niche market, it helps to understand how fandom works and how fans like me approach our consumption of the product. Saying that I’m open to any type of SFR story doesn’t mean that I’m not picky. Rather, it means that I’ll make a beeline toward whomever is delivering the stories I want. So why not be there seeking me out when I’m ready to purchase a book?

The reason I want to share all of the above is that it ties into how SFR authors promote their books. We have now entered an age where it’s increasingly vital for authors, regardless of publishing “status” to make direct connections with readers, and especially those who blog or tweet because they are the new hand sellers of books.

I recently read a conversation at The Chrysanthemum Connection in which Romance In The Back Seat blogger Terry Kate wrote about the importance of building relationships between authors and bloggers:

I know that many science fiction romance authors care, and I salute them, but I think there’s the potential to build even more relationships. A big challenge, however, is that there’s still a pretty rampant mentality (across all genres) that the author’s job is only to write the books. I hate to be the bearer of bad news, but it just ain’t so anymore. Publishers who will provide a high print run or major marketing push for SFR print authors are as rare as a woolly mammoth performing a unicycle act in Times Square.

Authors who view themselves as entrepreneurs as well as writers will have an edge regarding name recognition and branding.

Adapting to phenomena like online communities and social networking is crucial if authors are to build an audience. This is especially true if they write in niche subgenres. But the good news is that authors have far more opportunities and control regarding online marketing & promotion than they do in the physical world.

Raising the visibility of science fiction romance is a true grassroots effort. Building relationships with each other is one of the most effective strategies out there. Even if we do nothing more than concentrate our efforts in just that one area over the next few years, it’ll be a great day for science fiction romance.