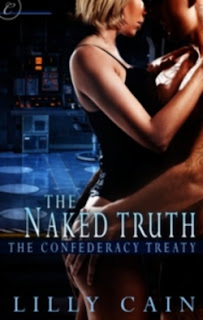 Captain Susan Branscombe was the victim of brutal torture at the hands of terrorists. Though rescued, she’s now facing an equally brutal accusation: treason.

The only way she can prove her innocence is to allow Asler Kiis, a Confederacy Examiner, to delve into the depths of her mind. Asler is Inarri, the alien race that made contact with Earth just months before. His duty is to find the truth, but when he explores Susan’s mind he can’t resist drawing her into a more intimate experience.

Is the passion they share enough to let Susan push aside her fear and trust Asler, not only with her mind and body but with her ever-opening heart?
Read the excerpt. 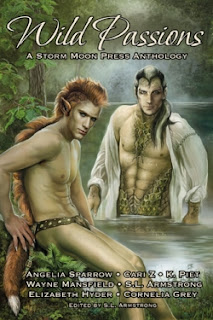 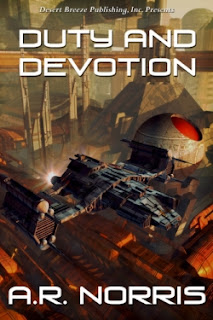 Older sister Nettie wasn’t sure what the militia thought she was, but she knew and it wasn’t a space fighter pilot on the front line. But Dad always pressed the importance of duty to your territory. Now she has to figure out how to survive in a place she never imagined ending up. Keeping things interesting is a very overconfident competitor, James. Through it all, she’s got her younger sister Rinny. Or so she believed until the moment she lost her.

As for Rinny, the Mars facility gives her chance to break family expectation and she thrives in ground combat training. She also learns life off the concert stage can be just as rewarding when she makes her first real friends and meets Daniel, who could just be “the one”. He’s a little more reluctant and it turns out he has a reason, a secret involving Rinny. After the enemy attacks her facility and kills her best friend, Daniel disappears. Now captured, Rinny must fight behind enemy lines to help her people remain free, and live to return home.
Read the excerpt. 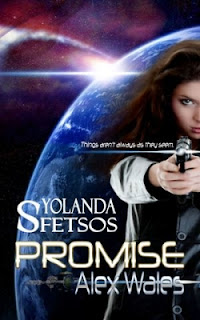 After Alex Wales crash lands on a planet that doesn't even show up on her navigational map and her ship is damaged, all she wants to do is get help and leave the planet as soon as she can. She’s got something to deliver and time is running out. Instead, she stumbles onto a very alluring man who takes her to his village—a seemingly utopian society led by a Priestess.
Stuck on this planet with no way of getting off, Alex finds herself drawn to the alluring Damon. But when locals start turning up dead after being mauled and eaten by some sort of monster, she’s thrust into the middle of the investigation.
As the layers of the mystery slowly unravel, Alex and Damon find themselves facing their pasts, and the many lies woven around the planet of Eden.
***
Also, I’ve updated my 2011 Science Fiction Romance New Release Roundup. It includes a batch of new and forthcoming titles from Desert Breeze Publishing.
Re-release 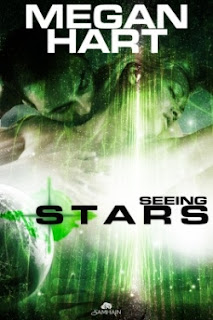 Faking it is not an option…

Her new toy has something extra she hadn’t counted on. A soul—and an attitude.

Only one week, and Milla Sulay will start her lonely new life on the Homestead planet Selkca. In anticipation, she’s booked passage aboard the Pleasure Princess, where she intends make use of every amenity—including the Pleasurebots. Mandroids specially designed to give her whatever she wants. For as long as she wants it.

Except there’s something decidedly unbot-like about the mouth-watering unit sent to her cabin.

Before he can figure it out, the cruiser makes an unscheduled stop in Newcity airspace. Not good. In Newcity-speak, he’s a “mecho”…and not exactly legal. After years of working aboard the Princess to earn his freedom, the only placed he’s headed is prison.

Then Milla unexpectedly makes him an offer he should refuse. Within minutes of having his dream snatched away, Jarden must decide if life as her field husband on Selcka is a way out—or simply trading one form of servitude for another.

Warning: Contains space-bending sex, turbulent language, and artificial everything…except the one thing that’s guaranteed to arouse all your senses. Hang on, it’s gonna be a bump-and-grind ride! 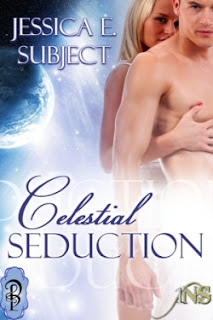 Jessica E. Subject will debut with “Celestial Seduction,” a forthcoming short story from Decadent Publishing as part of their 1-Night Stand series. Release date TBA. She recently unveiled the cover.

Edited to add: Celestial Seduction is now available for purchase.
Around the blogosphere
In “Fantasy Goes Mainstream?” Margaret L. Carter blogs about the literary-genre fiction divide, and how it seems to be shrinking:

Here's an article—from the WALL STREET JOURNAL, believe it or not—about the recent boom in fantasy and horror tropes in bestselling fiction as the supernatural goes mainstream:

Season of the Supernatural

The article cites many examples of highly successful novels and series "blurring the lines between literary fiction and genres like science fiction and fantasy, overturning long-held assumptions in the literary world about what constitutes high and low art."

Fantasy and SF, the writer mentions, comprised 10% of adult fiction sales last year, compared to a 7% share for literary fiction. Mystery is glanced at, too, although its market share isn't stated. Michael Chabon, author of THE YIDDISH POLICEMAN'S UNION (an alternate history detective novel set in a Jewish nation in Alaska), says, "There is a critical sniffiness still toward stuff that smells too strongly of the mystery novel or the space opera." Romance, by the way, which outranks all the other genres in market share, isn't mentioned.

Yeah, that was a classy snub, wasn’t it? Frankly, anyone in the future who fails to mention Romance’s huge market share is a poopyhead.
Kameron Hurley discusses The Politics of Cover Art: Skinny White Dead Chicks and Selling Books. (Via SF Signal). I thought the article had interesting implications for science fiction romance, especially when it comes to depicting people of color and kick-butt heroines:

To me, this was wrong in a lot of ways for my particular heroine. We like to put women in peril because it’s easier to trigger an emotional reaction from people. Unfortuantely, you start putting your badass heroine in positions like these, and suddenly this character you worked so hard to make into a badass looks like just another woman in need in saving…
…And let’s say it right now: sometimes you have to make a fuss. In the case of both of my issues with the initial concepts for these peices, my issues are big enough that I needed to state them head on. No writer wants to be the “trouble” author. You know, that prima donna who complains about every damn thing and emails their editor ten times a day. But on the big stuff, it’s worth taking a stand, even if you don’t “win.”

Because, even if I’d ended up with white chicks and/or dead heroines on my cover, at least I could tell people I had fought to change it. Sometimes I wonder if the white chicks on covers thing has just as much to do with authors not fighting  over changes and/or not talking openly about it to audiences as it does with marketing “conventions” (i.e. racist/sexist assumptions).

I was really passionate about not ending up with white, powerless women on my covers. Whether or not I sell less books because of it… well, you know what? I have a day job. I’m in a position where I can actually afford to fight for a position that I believe to be right, to change a convention. And if somebody like me isn’t willing to stand up and say something, who will? It’s a lot more difficult to argue when you rely on book sales to eat.

Lisa Paitz Spindler featured an interview last month with Leslie Dicken, author of THE PRICE OF DISCOVERY and TABOO.
At Spacefreighters Lounge, Laurie A. Green squees about her shiny new Kindle and all the SFR she’s reading on it!
At CONTACT – Infinite Futures, Robert Appleton lists the Top 10 SF Movie Heroines. What, no Barbarella?!
Now its your turn to step up to the mike. Got any sci-fi romance news to share?
Joyfully yours,
Heather
Posted by Heather Massey at 9:58 PM
Newer Post Older Post Home