An Interview With Cathy Pegau, Author of RULEBREAKER 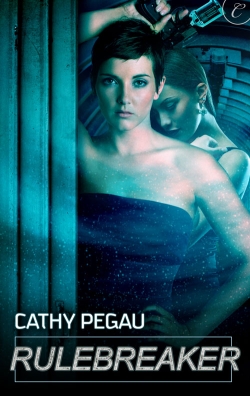 Cathy Pegau’s RULEBREAKER is a novel-length science fiction romance ebook that releases August 8 from Carina Press. I was lucky enough to read an eARC of this story and would like to highlight a few non-spoiler delights I discovered so potential readers can know what to expect. Here’s the blurb to catch you up:

Smash-and-grab thieving doesn't lend itself to getting chummy with the victims, and Liv hasn't met anyone on the mining colony of Nevarro worth knowing, anyway. So it's easy to follow her Rules.

Until her ex, Tonio, shows up with an invitation to join him on the job of a lifetime.

Until Zia Talbot, the woman she's supposed to deceive, turns Liv's expectations upside down in a way no woman ever has.

But to make things work with Zia, Liv has to do more than break her Rules, and the stakes are higher than just a broken heart...

Second, I’ve been interested in reading an SFR involving a futuristic corporate executive heroine who wields a lot of power. Thanks to RULEBREAKER’S Zia Talbot, VP of the Exeter Mining Company, I got that wish, too. Zia is everything a cool corporate cat should be: Self-assured, intelligent, brimming with authority, deliciously intimidating, and sexy.

Initially, I thought the romance between Liv and Zia would be the main draw for me. However, the setting was intriguing and a refreshing change from the space opera romances that usually fill my TBR pile. RULEBREAKER is basically a corporate heist story. It takes place in the mining colony of planet Navarro. Liv is essentially a low-level thief trying to catch her biggest score—and break—in a drab, dreary world. And I mean "drab and dreary" as a compliment. If characters have it too easy, where's the story? 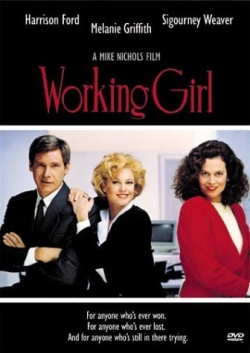 As I read RULEBREAKER, the film WORKING GIRL came to mind because of Liv’s “working girl” status and the cutthroat corporate environment she’s trying to infiltrate. So it kinda sorta seemed like a futuristic WORKING GIRL, except for the fact that the Sigourney Weaver boss lady is the love interest. Hmm, can you tell I’m a fan of WORKING GIRL? At any rate, the stories are very different but I sensed a common theme between them. So if you, too, are a fan of WORKING GIRL, you might be interested in RULEBREAKER.

If you enjoy stories with a redemption arc, RULEBREAKER has it. If you like colorful secondary characters, this story has it. And finally, if you’re even a fan of COLUMBO-style investigators, then this story has that, too.

When I invited Cathy Pegau on board for an interview, she kindly accepted. Read on to learn more about her adventures in science fiction romance:

The Galaxy Express: Please tell us about yourself. What inspired your interest in not only reading science fiction romance, but writing it?

Cathy Pegau: I am a relative late-comer to science fiction romance. I’ve read science fiction and fantasy for years and years, and finally realized that I got most excited about a story when there was a relationship blooming. And most disappointed when nothing really came of it. To discover that there were books out there that carried the relationship forward made my SFF-loving heart very happy.

TGE: How many rules were broken in the writing of RULEBREAKER?

CP: By me or Liv? I only broke a few writing rules. Romance in first person? Check. Couple not meeting on page one? Check. Liv, on the other hand, is dang good at breaking rules, her own as well as society’s.

TGE: Without going into spoilers, what can you tell us about the setting of the story?

CP: Nevarro is a mining colony. There are several large cities, but most of the planet is rugged mountains and barren plains. Keracite is a coal-like, carbon-based substance used in products from fuel cells to carbon nanotubes, which are used for just about everything. Keracite mining is THE industry on Nevarro, so as it flourishes, so do the people. Well, most of the people. Some are reduced to thieving ;)

TGE: Heroine Liv Braxton is a thief. What kind of, ahem, research did you do to ensure she came across as an authentic one?

CP: Being a thief takes more guts and moral ambiguity than I have. Not that I’m any kind of saint :) It’s a lot safer to be a thief on the page, that’s for sure. I watched all kinds of shows (fiction and non-fiction) on thieves and gangs, and read up on cons and con artists. Fun stuff. I love research. Writing a less-than-law-abiding character is quite a thrill, without the risk of an arrest or conviction record.

TGE: Describe a day in the life of your other heroine, Zia Talbot.

CP: Poor Zia is a workaholic. As VP of Research and Development for Exeter Mining, she is in the office early and leaves late with hours of work yet to do at home. Conferring with her engineers, worrying about fiscal reorganization that yanks funding from her department, overseeing…ahem...*special* projects, take up most of the 26 hour day. Prior to having Liv fall into her life, Zia focused on her career and has stressed over the situation at Exeter (no more details than that…Read the story!). But all work and no play makes her a very unhappy woman. Cranky, even. Good thing Liv came along. Well, except for the fact—. Oops. Just read it.

TGE: How would you describe the heat level for this story?

CP: Sensual. There’s a good amount of sexual tension between Liv and Zia (and a little between Liv and her ex, Tonio, but obviously this isn’t his story ;). I don’t use graphic language but I don’t close the door either.

TGE: Did you face any particular challenges with RULEBREAKER, either writing it or submitting it to publishers?

CP: Other than being a straight woman writing a f/f romance? At first, I was a little worried about the relationship feeling organic and authentic, not just girl-on-girl for the sake of titillation. But it felt right from the beginning, so once I relaxed it came together. Another “challenge” was telling my husband that no, I would not kill off a secondary character just because he saw no reason for them to be there. There is a reason, hon. Read the book ;)

Submitting was almost surreal. I was sure NY wouldn’t snatch it up because f/f is a niche market and they don’t do niche. There are a few smaller presses that do f/f, but because of their relatively smaller output, I was mentally preparing myself for a string of “no thank yous”. But the prospect of any rejection wasn’t going to stop me, and I was gathering submission info when Carina Press opened its doors. With Harlequin and Angela James behind it, it was a good place to start. I was ready to sub to them when I entered a pitch contest and won a chance to send in the manuscript. Kym, the requesting editor, sent back a revise and resub letter, detailing what she’d like to see changed or addressed. In a thrilled panic, I worked on her suggestions and eventually got The Email from Angela. I’d always felt RULEBREAKER would fit well with Carina, and I’m glad the acquisition team felt the same way :) 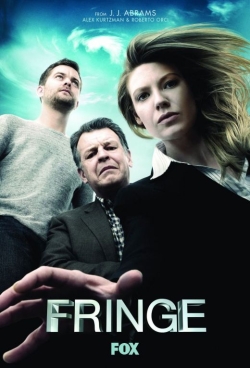 TGE: What are a few of your favorite science fiction romance books, films, and/or television shows?

CP: Hang on, I need to check my shelves….OK. Kristin Landon’s Hidden Worlds trilogy, though the romance isn’t the end-all-and-be-all of the books. Catherine Asaro, Gini Koch’s Aliens series. My favorite SFR television shows are ones where the romance grew later or was on the periphery, X-Files, Fringe, Battlestar Galactica.

CP: I’m working on two other books set on Nevarro, a m/f and another f/f. Both have heroines who are not quite upstanding citizens. Even the one who is the “good guy.”

I write other speculative fiction and would like to see it out eventually. Sword and sorcery fantasy, a shapeshifter romance set in Alaska, paranormal women’s fiction. Most are heroine-centric, though a hero’s POV sneaks in once in a while :)

***
Ms. Pegau, thanks so much for your time, and for your art (not to mention those mischievous heroines of yours!).