Why Underestimating Sci-Fi Romance Heroines Is A Dangerous Thing 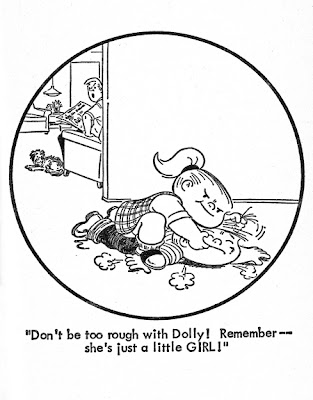 Nearly a year ago, I posed the question, Are Romance Heroines Forbidden to Kill the Villain? I didn’t expect to revisit the issue so “soon,” but I recently read two science fiction romances in which both heroines failed to live up to my expectations regarding a couple of combat scenes.

I somehow ended up reading these two books back-to-back. Both were published within the last three years (one quite recently). In terms of settings, plot, and characters, the stories were wildly different from each other—except for two particular scenes.

In both stories, the kick-butt heroines had a scene of hand-to-hand combat (the reasons for this were fully explained, by the way), and knocked out their (human, male) opponents. Then they essentially walked away.

In the first book, the heroine made a conscious decision to let her opponent live. I didn’t agree with her decision and thought she risked further attack. And by risking an attack on herself, she risked the fate of the world for which she’d been fighting. I certainly would have supported her decision if she had ensured the man wouldn’t rise again to threaten either her or the hero, even if that included killing him. Also, there’d been no account about the hero’s specific actions during this battle. Was he killing opponents or just knocking them out? That omission bothers me a bit.

Okay, it bothers me a lot.

In the second book, the heroine turned her back after the fight without checking to see if her opponent was dead or otherwise completely incapacitated (e.g., handcuffed). She did get distracted by something else, but for me it wasn’t a compelling enough reason given what happened next. In fact, what really disappointed me about this scene was that everything in the story pointed to the heroine being the one with the right to vanquish the villain. Instead, that duty—and honor—went to the hero.

It could just be me, but I felt like the heroine (who, it should be noted, had combat experience) was robbed at the expense of some apparent need to make the story hero-centric when in fact much of the story had been heroine-centric up until that point. Undoubtedly, other readers will feel differently, especially given that many of them enjoy the fantasy of the hero saving the heroine regardless of how capable she is of protecting herself. Coincidentally, I felt that he had already rescued her emotionally (a worthy and significant act in and of itself), so for him to step in and protect her physically felt artificial (i.e., fulfilling a romance trope) rather than organic to the story.

The more I thought about this issue, the more I realized that I want total equality and validation for SFR heroines who must kill in the line of duty (not just a military situation but any in which the heroine is battling the villain or his/her minions for the greater good). I don’t expect perfection, but I don’t feel that I’m being nitpicky, either. 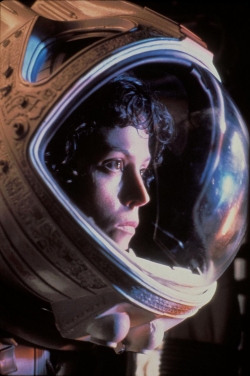 Look at it this way: If, in ALIEN, a male character had stepped in at the last minute and ejected the alien instead of Ripley, wouldn't we have strenuously objected? Or been outright ticked off?

Reading these two books in such a short time frame made me realize just how important it is to me that sci-fi romance heroines have the right to kill if the situation calls for it. So when a contrivance in the story deprives a heroine of that right, I really miss it. (For the record, the book I read after these two featured a heroine who took a shot at the villain during the climactic battle. Phew!)

Now, there are plenty of situations, even in combat, where it makes sense to avoid too much killing and that’s fine. But I’m not referring to that type of situation. I don’t feel as though a hero or heroine killing in the line of duty constitutes gratuitous violence. Gratuitous would mean the characters lack remorse or seem gleeful about killing; they fail to explore non-violent options; or that the killing isn’t justified by a greater good. I have yet to see gratuitous violence in a science fiction romance, so I hardly think we need be concerned about that.

What is the point of having a “in the line of duty” justification if it’s not applied consistently? Basically, I question why there still seems to be a double standard wherein heroes seem to have total permission to kill in the line of duty but with heroines it’s hit or miss. Plus, it’s difficult to root for heroines who lack basic combat/survival sense. I’m not calling for every heroine to kill a bad guy or the villain in every story, either—that would be dull. But if a story sets up certain expectations for a heroine, then I expect them to be fulfilled.

An SFR heroine who must kill for the greater good can be sympathetic even as she’s making the tough decisions. Don’t we give heroes that kind of pass without question? I would like to see the same standard applied to heroines. In this way, science fiction romance can challenge readers to question their assumptions about gender even as it entertains them.

Postus Scriptus: After Kim Knox shared in the comment section of my previous post on this topic that one of her heroines “broke the bad guy's neck,” I contacted her to get the title. I bought the ebook, read it, and was excited about the scene in question even though I knew it was coming. Revisit the comments of that post for other titles featuring heroines who take care of business when needed.)
Posted by Heather Massey at 8:35 PM
Newer Post Older Post Home