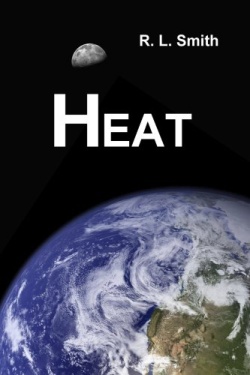 Whenever I read positive comments about science fiction romance online (whether in the form of a particular book or the subgenre in general), it’s a guaranteed recipe for the warm and fuzzies. I like, feel all proud and stuff! Naturally, I could go for that kind of fix on a daily basis, because what that would potentially translate to is more reading choices.

The reason I’m bringing all this up is that for a while now I’ve been contemplating the various ways science fiction romance could stand out more among all the other books and genres competing for readers’ attention. One idea that I circle back to from time to time is the idea of sci-fi romance stories that take bigger risks, prompt controversy, and/or push genre boundaries in serious ways.

The risk/controversy could be anything. Perhaps it’s the way a story reinvents a particular romance trope or maybe it’s one that features a high concept premise. Or an old premise/element in new clothing. Basically, anything that gets readers talking and the buzz buzzing.

The book doesn’t even have to be above average or great. Many readers seem to love reading and discussing controversial elements in books even if the story has significant flaws. The important factor is that such a book has the power to entertain.

I hadn’t planned on blogging about this topic anytime soon, but a review of R. Lee Smith's HEAT at Dear Author prompted me to go ahead and share my thoughts.

What grabbed my eyeballs were the tags at the top of the post: “non-consensual sex, r lee smith, Rape, Self-published, SF Romance, villain hero.” Did you catch the “SF Romance” tag? That, along with the “A- Reviews, B+ Reviews, Recommended Reads” part immediately intrigued me because it’s rare to see a science fiction romance command that kind of response there (to clarify, DA regularly reviews SFR, but from what I’ve seen, the grades assigned have ranged from average to below average). So naturally, upon seeing those tags, I wanted to learn more.

Having read the sample of HEAT, I would venture to say that the first few chapters had a NATURAL BORN KILLERS (which in the interest of full disclosure I’ve seen and enjoyed) vibe, but with an SF twist. Most of the focus was on the villain hero (an alien male) and how he met his future partner (a human woman).

However, the reason I’m bringing up this review is not just the book itself—it’s also because of the comments. Not only did this book entertain the reviewer despite her own red flag issues:

I’m not a fan of rape in novels. Usually that is the first thing that will make a book hit the wall. Yet I kept reading this, and I found myself still hoping that Kane and Raven would have a happy ending by the end of the book.

…but in reading through the comments it seemed that other readers were willing to check it out despite the fact that this wasn’t something they’d normally read.

All of which prompted me to wonder the following: As a whole, is science fiction romance playing it too safe?

I’m not proposing writing controversial stories for the sake of controversy (and I certainly don’t think R. Lee Smith approached her book that way), but I do wonder if authors are holding back in any way from writing more intense stories because of what the market seemingly dictates.

I hope it doesn’t take a slew of books with graphic violence and rape scenes to attract more readers to sci-fi romance, but I am scratching my head over the lack of regular risk-taking I encounter in the books I read. The irony is that most sci-fi romances I’ve read hit all the right notes as far as romance tropes and such and seem like they are in line with what other romance subgenres offer, but I don’t generally see those books generating comments in a review like HEAT did. That book (along with the reviewer's influence) is converting readers to sci-fi romance/erotic SFR where other, more traditional (read=safer) books have failed to do so.

Here’s the thing: I believe SFR has a lot of potential and it can go places other subgenres fear to tread. That's a large part of what makes it unique. HEAT is proof of that.

I don’t want authors to feel as though they have to hold back creatively in any way or play it safe because that’s what other people have told them they should do. Agents, editors, and publishers (heck, even fellow authors) can’t tell authors what’s marketable (remember that so-called unmarketable genre known as paranormal romance?). I’m betting that none of them could have predicted the kind of response HEAT generated at Dear Author.

And the cool part of all this is that there are plenty of small press and digital publishers who will support authors who want to take more risks with their sci-fi romances. Self-publishing isn’t the only option for innovative and even controversial stories.

I realize that R. Lee Smith’s HEAT may very well be an outlier in terms of the general types of stories readers want or expect. But it still points to the power of pushing boundaries and the potential that could have for helping making science fiction romance look shinier.

Now that you know about HEAT as well as my thoughts on the subject of risk-taking in SFR, what do you think?