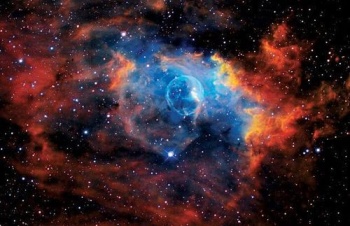 At Spacefreighters Lounge, Donna S. Frelick recently speculated that one factor underlying the success of E.L. James’ 50 SHADES OF GREY had to do with the target audience:

What E.L. James and her handlers managed to do was find a new audience for something that has been around for quite some time. For the crowd that is swooning over 50 Shades of Grey, erotica truly is a new thing. These are grown women who love Twilight, even though it is aimed at a much younger audience. Twilight deliberately avoids sex, for appropriate reasons. Twelve-year-olds shouldn’t be having any.

Romance novels aimed at adult audiences, especially paranormals featuring vampires, do anything BUT avoid sex. Christine Feehan, who along with Sherrilyn Kenyon started the whole paranormal phenomenon, writes some of the hottest vampire novels around in her Carpathian series. For readers of her books, well-written erotica is hardly shocking. It’s expected.

But for the mommies who were reading their daughters’ Twilight books, not so. When they got wind of this new thing, they suddenly discovered they were adults. Now they can’t seem to get enough.

All well and good, but where does that leave science fiction romance? The reason I ask is because when phenomena like 50 Shades happen, they prompt me to reflect on my identity—and needs—as a fan of the niche. 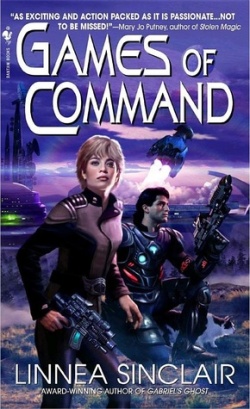 SFR has deep roots in SF fandom, Star Trek in particular. In fact, many, many Star Trek fan fic stories over the years have featured romances and sexy times. Fans would create their own sci-fi romances based on that universe because the main Star Trek juggernaut wasn’t meeting that need. The end result was a new subgenre. That’s great news for fans like me who were able to dissolve the artificial lines of genre segregation in order to discover new reading/viewing adventures.

I wonder, though…have any of those Star Trek fan fiction stories been pulled to publish over the years? (I'm guessing yes.) If so, how successful were they? Star Trek has been bigger than Twilight, so why haven't we been hearing about those stories? Why haven't they skyrocketed toward bestsellerdom?

Additionally, many published science fiction romances have been evolving—in terms of general influence—from Star Trek and its fan fiction for some time.

So given the popularity of Star Trek and the fan fiction it has generated, why haven’t SFRs like Linnea Sinclair's GAMES OF COMMAND achieved a level of success that’s on a par with 50 SHADES OF GREY? On the other hand, given the numerous media tie-in novels, has Star Trek become so accessible that all or most variations of it have already met the needs of its fans?

On a practical level, pulling fan fiction to publish it digitally wasn’t very feasible until this past decade. These days, not only is publishing technology much more accessible, but e-readers and the distribution system behind them are as well. A whole new frontier opened up for mainstream readers that didn’t exist before. Hence, 50 Shades was able to make a unique impact, in conjunction with the other factors that drove it into the mainstream.

Still, the reasons go even deeper than available technology. 50 SHADES OF GREY is basically TWILIGHT with explicit sexual content for adults. The core fantasy seems (from what I know about the story) based on the concept of getting to vicariously experience a positive first sexual encounter by reading about a heroine who has mind-blowing sex for the first time with a tall, dark, and handsome lover—especially one who’s consumed with passion for her.

Star Trek, being of a different genre entirely, doesn't tap into the forbidden romance/sexual awakening territory the way TWILIGHT and 50 SHADES OF GREY do. While forbidden romance is a component of some Star Trek stories and science fiction romances, that’s not the main promise they make.

So where does that leave an SFR fan like me? Much as I understand the appeal of stories like 50 Shades, its core fantasy simply isn’t enough for me.

I enjoy SFR because it offers multiple variations of the fantasies that I crave: romance paired with otherworldly adventures (I do so love high-octane action!), extraordinary heroines, politics, strange and unusual settings, cool tech, science, larger-than-life heroes, and related themes. And that’s barely scratching the surface of what’s available.

SFR may very well find a way to address needs that aren’t being met—sexual and otherwise. However, while it’d be a kick to see the subgenre succeed on a massive scale and find new audiences, I’d prefer to see it thrive on a smaller scale at what it does best rather than try and be something it isn’t.