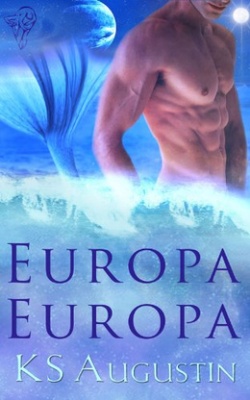 Blogger Donna S. Frelick landed an agent with her SFR manuscript UNCHAINED MEMORY. Read all about it at Spacefreighters Lounge. Congratulations, Donna!

I’m excited to share that I’ve been invited to blog for RT Book Reviews about science fiction romance! My debut post is about the 5 Habits of Highly Successful SCI FI Romance Couples. Here’s a snippet:


Nurturing a romance can be tough even during the best of times. But what about when aliens are attacking Earth to steal all of our natural resources? How can a couple even begin to plan a date? Or imagine the challenges of executing a simple “getting to know you” conversation when an evil galactic empire is bent on the destruction and domination of one’s whole entire world!

Evil mega corporations don’t make it any easier with their Big Brother control issues and life-threatening products. Those types of workaholic villains can put a serious dent in a couple’s ability to carve out some “we time.”

Yet science fiction romance couples always achieve a Happily Ever After or Happily For Now no matter what the obstacles. How do they accomplish such a nigh impossible goal? What’s their secret?

After reading K.S. Augustin’s entertaining EUROPA, EUROPA, I spun off a previous post about sci-fi romance aquatic characters with Swimming Against The Stream: Why Aren’t There More Aquatic Heroes in Sci-Fi Romance? (Heroes and Heartbreakers).

So when I started writing a space pirate story, somehow I ended up smooshing all sorts of things together. Gender role reversals (the pirate is the heroine. The virgin is the hero), pirate ships and space ships, and a play with symbols–false and real–using a royal amulet and …biomechanical bugs.

The music accompanying the images put me in the mood for an equally epic SFR film that could include such technology. Think: THUNDERBIRDS meets Ella Drake’s FIRESTORM ON E’TERRA. Sweet.