What Does It Mean To Be A Hero/Heroine In Science Fiction Romance? 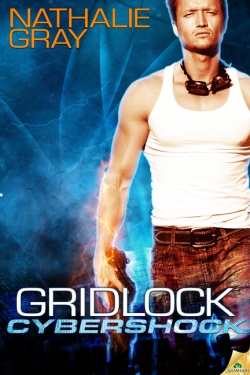 In Fight Like A Girl: The Case For Real Women As Heroines In SFR, Donna S. Frelick expressed concern regarding underdeveloped kick ass heroines:

But too often, those uniquely feminine elements of their characters are overlooked, and only the “kick-ass” elements—the physical courage, the strength, the independence, the resourcefulness—are replicated in the women who populate many SFR (and urban fantasy and YA) novels.


There’s definitely a case for well-rounded characters of either gender. I would argue that many male action heroes (in films and books) lack humanistic and even traditionally feminine qualities that would lend their characters more depth. Sometimes they come across as little more than fighting machines made of flesh. Female kick ass characters certainly aren’t immune to that. “Kick ass” is awesome, but for those characters to really shine they need more than just their kung fu skills.

…the emotional profile of the “wounded hero”, the “loner” who goes through life with shields up, unwilling to form emotional bonds with anyone until the heroine somehow reaches him.

Today very often the roles are reversed, and it’s the heroine who has relationship issues.


I can only speak to SFR since that’s been my reading focus, but I’ve certainly encountered that role reversal and I really enjoy it. Yet I’m having a hard time coming up with more than a handful of SFR heroines whose kick ass/wounded natures might be considered as overshadowing the character. (Maybe it’s a different case in UF/YA?) 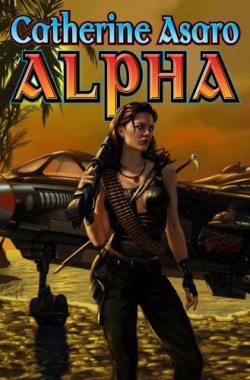 The android heroine Alpha from Catherine Asaro’s ALPHA is one. Ball buster Zeta Verity from Manda Benson’s MOONSTEED is another. Nathalie Gray’s heroine Steel from GRIDLOCK is more wounded than kick ass but given her gritty edges I can see why some readers might have a challenging time engaging with her (and did you notice her name is “Steel”?). Sola from Diane Dooley’s BLUE GALAXY is a kick ass schemer while two of my own heroines definitely push the boundary of kick ass edginess (Raquel from ONCE UPON A TIME IN SPACE and Queenie from QUEENIE’S BRIGADE).

In general, though, the kick ass SFR heroines I’ve encountered aren’t stereotypically that way. They’re usually grounded by humanistic qualities like a desire to protect their home world or to rescue those victimized by the villain. I don’t have a strong recollection of finishing a book and thinking, “Yikes, what a two-dimensional kick ass heroine she was.” Of course, this is all subjective so your mileage may vary.

But here’s the thing. After I read Donna’s article, I started thinking about the dual-hero nature of many science fiction romances. I’ve blogged about this idea before:

Much as I enjoy stories with a single hero protagonist, increasingly these days I’m looking for an alternative to that. The AVENGERS is about a hero collective. Well, why shouldn’t science fiction romance take the lead when it comes to dual-hero stories?

Many of the stories feature external threats that the couple must overcome. I find the idea of a sci-fi romance couple being heroic together, in equal amounts, to be innovative and fresh, not to mention awfully romantic.


The idea of the individual hero is so very…Western. But the recent success of THE AVENGERS demonstrates that audiences will flock to stories featuring collective-style heroes. Remember how popular the first season of the U.S. television show HEROES was?

And as cheesy as the Wonder Twins (DC Comics) are, the concept of two people bound by a strong emotional bond who are only at their heroic best when together is an exciting one. In fact, there’s also “The Drama Twins” from Seth Green and Hugh Sterbakov’s graphic novel FRESHMEN (2006, Top Cow). Renee and Brady are ex-lovers who can perform feats of telekinesis, but only when they come into physical contact with each other. How cool is that? Now if only someone would create an SFR version... Donna’s post crystallized my interest in science fiction romance heroines and heroes that fuse together into a single heroic unit. I don’t care which one has what quality as long as they balance each other. The heroine can be Alpha and the hero Beta, or vice versa. Either of them can be wounded, or both. Both can be kick ass or maybe they both fit into some other category (KS Augustin's IN ENEMY HANDS comes to mind since both characters are scientists).

For example, I recently read Cindy Spencer Pape’s steampunk romance KILTS AND KRAKEN. The heroine is a physician and the hero is a laird. During the course of the story each rescues the other according to their resources and abilities. While the heroine’s rescue was a little too damsel-in-distress for me, I still appreciate that she had a chance to rescue the hero first. Additionally, her abilities were presented as gender neutral. As for the hero, he had an entire island to protect and was bound to his land (for a reason which I’ll not spoil), both of which brought out his “maternal” instincts.

So, yeah—let’s not lose sight of the elements that make heroines and heroes unique, but I’m excited about the prospect of science fiction romance exploring new territory when it comes to the romance couple as a whole.

Now that I've had my say, what do you think?