Can Science Fiction Romance Bring It?


Two indications lately hint that science fiction romance is distinguished from paranormal romance more often than in the past. The first clue I noticed came from a November 2011 AAR blog article by Louise VanderVliet called Developing Paranormal Classifications. The post presents a breakdown of non-historical, non-contemporary romance subgenres.


If we were to take anything that wasn’t Historical or Contemporary Romance, there are a bunch of terms out there that tend to be used interchangeably and not necessarily consistently. Readers and reviewers all around the web have classified everything from witches and vamps to psi and Time Travel series as Paranormal. And I am not saying that any of them are wrong. In a sense, they are all correct. But that classification is becoming too general for everything that is out there and we are hoping that by making more distinct classifications – with examples – we can make it more “user friendly” going forward.

Ms. VanderVliet shares her thoughts about the definition of SFR:


Sci-Fi Romance: Though this and Fantasy are often lumped together, to me they are very different. While they can share elements of dashing sword fights and made up worlds, to me Sci-Fi would happen in a futuristic setting as opposed to the more medieval setting of a Fantasy Romance.

The second clue came from a recent Heroes & Heartbreakers post called Poll: What Are You Looking for in 2013 Romance? I learned about the poll after reading a tweet by CAUGHT IN AMBER author Cathy Pegau.

Note the poll includes paranormal romance, but specifies stories of the supernatural kind. In the past, such a poll might have included paranormal as a catch-all umbrella term (paranormal, fantasy, and scifi). Now that’s what I call progress!

Cathy Pegau noticed the lack of SFR in the poll and via Twitter asked H&H “What, no SFR option? : ( ”


Fantasy romance isn’t on the list either (although it’s great to see the GLBQT romance category included).

Are there any conclusions we can draw from the poll? A couple items come to mind.

The first one is that SFR is separate, but not yet equal. Kinda like the subgenre is at the party but eating at the little kids’ table.

The second one is that science fiction romance has yet to Bring It. The poll isn’t about excluding SFR (and since I’m a front-page blogger for H&H they are obviously open to covering a variety of subgenres). Rather, it’s an indication the subgenre hasn’t evolved to the point where it can offer readers a substantial alternative to paranormals, historicals, or contemporaries, at least some of the time.

This reminds me of a comment made by BevBB in response to my post on action-adventure elements in SFR:


The thing is that while romance readers in general do read across a lot of genres, they are also contrarily extremely picky eaters, shall we say, even when they do so. 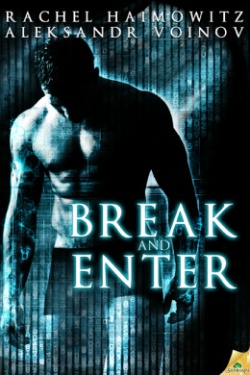 The food analogy works well here because we know how difficult it can be to persuade some people to eat new foods. And I don’t blame them because I will not touch raw oysters with a ten foot pole. (However I do like watching chef and KITCHEN CONFIDENTIAL author Anthony Bourdain enjoy them on television. :P)

Still, I also remember the time I ate some delicious fried morsels while at a restaurant with family members, only to learn they were deep fried mushrooms. I don’t like mushrooms in general, but I enjoyed them the way they were cooked at that restaurant. The difference was in the preparation, presentation, and setting (I was with people I trusted).

Clearly, SFR hasn’t made enough of an impact, meaning to the point where larger number of romance readers would routinely sample it, let alone be included in a poll about romance books.

SFR has made enough of an impression in recent years to become a more distinct subgenre, which is fantastic, but it still has a ways to go. But what constitutes “bringing it”? Difficult to say. What appeals to hardcore fans and new readers may occasionally be two different things. Some of the elements that make SFR a thrill for me are foreign concepts for other readers. How many of the unique subgenre elements would one have to transform in order to gain wider appeal? There are no easy answers.

However, as long as authors continue writing stories, the chances increase that the subgenre will evolve. Perhaps the journey will lead to a world of possibilities given enough time and nurturing.