Interview With ONE FOR KAMI Author Charlene Wilson, Plus Giveaway


Charlene Wilson is the author of ONE FOR KAMI, a science fiction romance short story you can read on your lunch hour—or anytime at all! ONE FOR KAMI released this month and so I invited the author aboard to tell us how the story came about. But first, here’s the blurb: 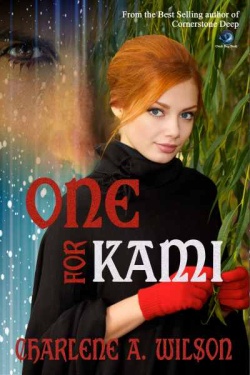 Can love be true if shared with more than one? Kami doesn’t think so when she finds Ian is an elite and required to take three wives to eliminate the poverty- stricken population. Why can’t he be poor the way she thought he was when she fell in love with him?

Determined to find a realm that doesn’t have such dictates, she travels to dimension Three-Two-Three to begin her search. But is love truer in a place that only allows one spouse than it is in Ian’s heart?

Click here to read an excerpt from the story.
Charlene Wilson also has a digital copy of ONE FOR KAMI to give away. Details follow the interview!


The Galaxy Express: What was the inspiration for ONE FOR KAMI?

Charlene Wilson: Most of my stories come from vivid dreams. I take settings, people that stand out, whole story plots or scenes and build on that. But, One for Kami is different. It didn’t come from something that impressed me like that. Not directly, anyway. While I was writing an arboretum scene for Aumelan, this redheaded young woman twirled into the spotlight and wouldn’t leave. I considered adding her to the story, but she just didn’t fit in those circumstances...or the circumstances of any of my other works in progress. But I knew this sweet girl needed to tell her story. It ended up being One for Kami.

TGE: Tell us about the world in which the story takes place.

CW: Well, most of the story takes place in dimension Three-Two-Three, which is actually our world. But, Two-Eight-Five is the realm Kami is from, and the way of her home dimension is the reason she left.

Decades ago, Two-Eight-Five experienced a war that claimed a large number of the male population and threw the middle and lower classes into severe poverty. The parliament’s long-term remedy? Spread the wealth through inheritance. Every male of the Elite class must take three wives. One may hold the same status, but the others must be from a lower standing, and they must have as many children as will come to them. The impoverished are only allowed one wife and one child.

Kami, being born an Elite and an only child of her father’s third wife, swore she’d never marry a man under those requirements. She looked for love among the poor and thought she found just the right man. Ian. Nothing Ian wore, said, or did ever hinted that he was wealthy. After all, what member of the Elite took their date on peanut butter sandwich pic-nicks for a date, played with scruffy dogs in the park with a knotted sock, or worked among the soup houses?

But, back to what the world is like. *wink*

The fact that other dimensions exist is well-known, and they have transports that allow those who pass certain criteria to visit the other realms. Inhabitants also have the ability to sync with space, visualizing where they would like to go and shifting their molecules there. A common punishment for breaking the law is to have this ability taken away. It’s called being earthbound and not a very good situation to be in since they don’t have much else by the way of transportation around their world.

The realm is rich in nature, thick with trees and flora. Their cities are filled with vast buildings that look like they grew with the woodland to tower over its canopy like mountains of multi-leveled glass. The parks are large tracts of land that were cleared to make space to enjoy the sun on lush grass.

TGE: What kind of heat level can readers expect?

CW: One for Kami is a “Sweet.” The spiciest part are the kisses, unless you count the side-effects Kami experiences from her transport to Three-Two-Three. *wink*

TGE: Describe some of the technology used in the story.

CW: In dimension Two-Eight-Five, it’s common to use the Visioneer, which enables people to be where they’re not. They appear as a hologram, standing on an illuminated stage. Or in Kami’s advisor’s case, on a runway so he can escort Kami to Ober, the inter-dimensional transporter. I’ll let you read about them yourself. They’re in the excerpt I’m sharing. *smile*

TGE: What is it about science fiction romance that appeals to you?

CW: So much can happen in Science Fiction that entertains your imagination. While I do have a couple Contemporary Romances waiting in the wings, I enjoy the Science Fiction and the Paranormal Romances so much more. They’re like bringing magic to life between the covers of a book.

Wow. I wish I could tell you something fun here, but the truth is, I love water with lots of slushy ice. Lol. Boring, eh?

TGE: Where can readers find ONE FOR KAMI?

CW: One for Kami is available for download at Amazon.com. (http://bit.ly/OneforKami) But, we’re on tour right now, introducing Kami’s story to the world. So, everyone has a chance to win a copy for themselves along with other great prizes like a One for Kami SWAG package, a Juicy Fruit (Kami’s favorite!) package, a $10 Amazon gift card, and Kami’s Red Gloves (made especially for this event by KnitWit’s Knits & Crochet)! All the details can be found on the tour page at my blog, Charlene Blogs.

But, I’d also like to give away a copy of One for Kami to a Galaxy Express reader. So, leave a comment and let me know your favorite science fiction gadget. Your comment will also enter you into the Grand Prize drawing! *big smile*

CW: Right now, I’m working on revising my next Science Fiction series, Aumelan. It’s a biggie, and introduces the reader to Chad who leaves his home in the World Beneath the Rock to search the World of the Sun for a cure to his people’s limitation. They can’t produce life-sustaining energy and require a host to survive. Nobody could have expected what truths he finds, and he could have never expected the outcome of it all.

Freedom is a gift, but a luxury not all possess. How far should one go to secure life when it hangs in the balance every few days? Breach another’s freewill? How far should an ally go to help both peoples affected by such a plight?

When Salana meets Chad, she’s faced with the unbelievable, a man who must take energy from a host to survive. But he’s not the only one; the entire Tsosey Nation is plagued with this unusual need, the strong yet meek Chamber people having submitted to serve them through the centuries.

Chad’s desire to find answers to his people’s inability to produce life-sustaining energy brings him out of the vast caverns of the World Beneath the Rock to the World of the Sun. Amazing truths unfold, but are the Tsosey and Chamber people ready to accept what those truths hold?

A story of love, devotion, and courage, Aumelan introduces us to a world where hearts and souls unite to create a world where freedom is a gift for all and love between two peoples is possible. 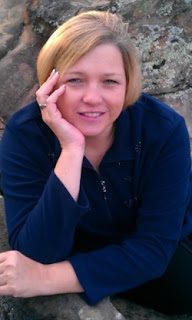 Charlene is an author of paranormal tales that take you away to other dimensions.  She weaves magic, lasting love, and intrigue to immerse you into the lives of her characters.

She began writing in her early teens when her vivid dreams stayed with her long after she had them.  The characters and worlds were so amazing that she brought them to life through her books.

Ms. Wilson, thanks for your time, and for your art.

One lucky passenger will win a digital copy of ONE FOR KAMI (winner’s choice PDF, ePub, or .mobi). To enter, leave a comment and describe your favorite science fiction gadget. You have until February 28, 2013.