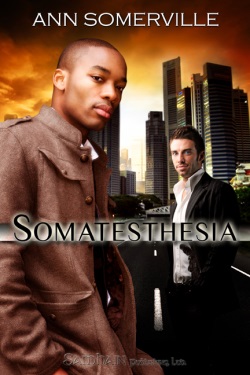 This past August, because of Life Stuff, I had a longer than expected break from blogging. Not only that, but I lacked regular computer and Internet access much of the time. The upside of the break was my ability to catch up on some reading! (And also glom Netflix's original series ORANGE IS THE NEW BLACK, but I won't go there because while that series is terrific, it's not science fiction romance.)

I look forward to blogging about the stories I've read recently in one way or another, but in the meantime, it's left me in the rare spot of having mostly caught up with my To Be Read pile. I always have science fiction romances to choose from, of course, but I often prioritize new releases, or at least those titles newly available within the past six months, as well as those whom authors/publishers have been kind enough to send me. So I've been able to catch up with most of it.

There are some titles I want to read but haven't because of price or lack of availability at my local library (mostly Big Five publisher releases). Which, frankly, is not a huge deal because there are plenty of more affordable digital-first titles I want to get under my belt just as much. I also have a handful of older, print titles I need to start as well.

While I never lack for an SFR or feel dissatisfied about my choices, I'm still a reader with favorite tropes and desires for certain types of characters/plots/settings. Therefore, I had a few ideas about types of stories I'd like to read. Here is my current wish list (in random order):


* An SFR with a biopunk setting. Is there anything available besides Ella Drake's Future Tales (both of which I've read)? I'm hankering for some meaty biopunk elements.

* This is almost too specific of an idea to wish for, but I've been wanting to read an SFR that begins with a wormhole opening above Earth. Then an alien armada pours from the wormhole and starts attacking. The focus, of course, would be on the heroine and hero as they develop a plan to save the Earth. Might be more interesting if the setting is near-future or humanity is pre-interstellar travel. Can you tell I'm a fan of V?!

I'm open to anything. The stories can simply feature people of color or can address related issues. "Science fiction writers can't ignore the diversity that exists on planet Earth." Where are my Arab SFR heroes? Philippino heroines?

* I'm keen to read a non-erotic m/m science fiction romance. And by non-erotic, I mean two love scenes max. A "sweet" heat level would be fine as well. I can read a gay SFR with a heavy focus on the sexual journey anytime. But the other kind is too few and far between, at least for SFR. Ann Somerville's SOMATESTHESIA fits the bill in this regard, but she needs some company, people!

* I'd love to read an SFR featuring a transgender hero or heroine. At this point I'll take what I can get, but a significant romance arc and/or external plot would be nice.

* I want to read more SFRs with heavyset heroes or heroines. Not just pleasantly plump--more like characters from PJ Snyder's A GIFT FOR BOGGLE.

* Okay, forget what I said above about not mentioning ORANGE IS THE NEW BLACK. That show is so awesome it made me want to read a lesbian SFR set in a far future prison. A novella or ebook would have a tighter focus on the romance, naturally, and I'll gladly accept a Happily For Now ending. I'm not too demanding about these things. :)

What about you? Are you in the mood for a certain type of sci-fi romance? Got a rec to share? Hit me up!