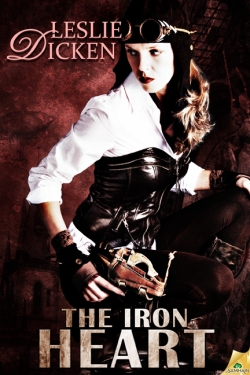 In my last post, I discussed my lack of dependence on pedigree when it came to reading science fiction romance books or watching such stories in a visual medium. I make selections based on content, not platform, origin, or amount of corporate financial backing.
But, for many readers, pedigree is important.

I was reminded of that fact while reading a post at Dear Author called How reading habits shape the publishing landscape and what authors and publishers can do to change it. The post addresses the issue of familiarity regarding the books we read and the music we listen to. In essence, we gravitate toward products that are familiar to us (i.e., those that have pedigree):


Even when those other books never quite live up to the original, we readers keep going back to the same well because it’s easier and familiar. “Listeners are happy to sit through a song they might say they dislike, as long as it seems like something they’ve heard before.”  This isn’t a function of just romance readers. We are just the most prolific of readers but there are readers who love Westerns, cozy mysteries, thrillers, a science fiction books.  To the regular science fiction reader, SFF stories are the familiar and Jane Austen is the unfamiliar.

I remember once reading Linnea Sinclair arguing that terms like the ton and pantaloons are just as foreign as a science fiction term. The problem is that readers of romance have long been exposed to Regency related terms (so much so that even inaccuracies become realities) and they have not been similarly exposed to science fiction romance.  It’s not that the Alien Hero is too strange to readers, but that they aren’t familiar to readers.

So how can science fiction romance become familiar? Jane proposed a solution: "To really make a sea change in publishing, I think you have to inundate readers with the foreign until it becomes familiar." 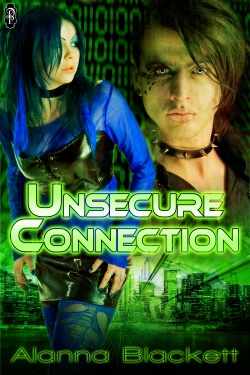 That statement got me thinking. An effective, broadly targeted marketing campaign can convince people to buy just about anything. IMHO this is a kind of manufactured pedigree. At the very least, effective marketing can make the unfamiliar familiar, sometimes in the space of a few months.

I've often wondered what could happen if a marketing team with sufficient power, influence, and money decided to back a campaign for science fiction romance. It'd basically be an instant recipe for a pedigree. Readers would tackle the SFR learning curve without question. Alien heroes would be on a par with vampire, motorcycle, and underground boxing heroes. SFR could even reach the level of a comfort read.

It bothers me that many readers need a big budget market bombardment to realize the worth of science fiction romance. Invisibility is one thing--readers can't read what they don't know about. But are they so chained by comfort reading habits that only a heavy duty inundation of SFR titles would prompt them to expand their horizons?

I question the concept that repeated exposure to a product is an ideal way to influence a consumer even as I realize it can be effective.

It doesn't work in every instance, however. Witness the flat returns of THE SMURFS 2 in the U.S. That movie was advertised everywhere during the summer of 2013. Moviegoers had no choice but to become familiar with it. But familiarity didn't translate to box office success. Other factors, like "family audience fatigue," can override pedigree.

Increasingly, I'm wondering how long readers can remain passive consumers in the face of widespread and sophisticated entertainment technology. Current technology has increased our access to niche genre stories, yet also makes it necessary for consumers to develop new skill sets in order to take advantage of the variety.

For example, viewers can watch shows the old school way (CBS, NBC, ABC, FOX), or they can stream shows via Netflix, Roku, Amazon Prime, etc. Same for books. With the rise of ebooks, brick and mortar bookstores have lost their stranglehold on our purchasing habits. 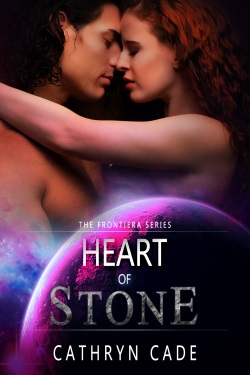 My concern regarding the "pedigree" issue is that readers limit themselves when using pedigree as the only measurement of a product's worth. Also, a pedigree sometimes implies that a product is the only worthwhile one available. Marketing campaigns want us to believe there are no other entertainment options except for shows on the four traditional TV networks, music on terrestrial radio stations, movies in theatres and home video (meaning DVD), and books in brick and mortar stores. But it's far from the truth.

In the past, folks gathered around the proverbial water cooler to discuss a single network TV show or theatrically-released film. But with the niche increasingly becoming a player, these days it's like there's a bunch of different water cooler conversations to choose from. Thanks to social networks, the water cooler area has expanded.

Despite the obstacles for sci-fi romance, this is actually a wonderful time to be writing it. It's a great time to experiment and many digital-first authors have the freedom to do so. And risk-taking could very well yield rewards that pedigree doesn't necessarily deliver. In Changing Readers Habits, Part 2, Jane at Dear Author wrote:


…There’s an audience for nearly every type of story. It sometimes takes only one author to make that shift.  One author who seizes the hearts and minds of readers and who inspires others. And yes, that one author’s story becomes stale in the retelling.  And readers are ready for another new and bright and shiny thing.  The pace of that the market turns is faster now because of the huge catalog of books available for readers.  That might mean that the market shrinks for individual author but it might also mean that it is more stable as readers begin to gravitate toward comfort reads that they didn’t know existed. [Emphasis mine]

I bolded that last section because I'm anticipating a higher convergence of authors/publishers making more sci-fi romance available (via digital distribution networks) and readers leaping the mainstream-niche gap (via technology) to meet them. In this case, content may become a more important measure of worth than pedigree.

When readers use innovative entertainment technology, they gain more control over their reading, viewing, and listening choices. They become driven not so much by pedigree as their own individual tastes. Technology--IMHO a key factor impacting the "pace" of the market Jane noted above--may help them feel more adventurous, and in turn they may feel more confident about giving sci-fi romance a try.

I've had my say--what do you think?