Are Big 5 Publishers Setting Sci-Fi Romance Up To Fail? 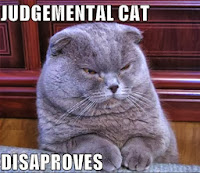 An aspiring author recently shared with me a portion of a rejection letter from a Big 5 publisher regarding her science fiction romance manuscript. I found the message incredibly frustrating, so I asked for permission to discuss the issue on my blog. For the purpose of anonymity, I'm going to paraphrase the message.
According to this rejection, it's highly challenging for stories combining science fiction and romance to satisfy both SF and romance genre conventions. It's so challenging, in fact, that such stories are bound to fail in their attempts to appeal to SF and romance audiences.
The main implication was that because this SFR manuscript lacked appeal, it lacked bestseller potential. Hence, it's not worthy of publication. In fact, the message implied that SFR is not even worth writing because it's just so DIFFICULT and nearly IMPOSSIBLE to combine the two genres in just the PERFECT way that will make publishers gobs and gobs of money.
Science fiction romance is rocket science, apparently.
The actual wording of this letter also conveys the belief that when SF and romance are combined, the two genres actually *harm* each other.
Hence, in this case, it seems like SFR is being set up for failure.


The real message behind this rejection letter wasn't the craft of SFR. In fact, the writing itself was highly praised. Neither was the rejection solely focused on the subjective nature of the story, i.e., that the story simply didn't appeal to the editor in question. No, this letter purported to dictate the parameters of the market for science fiction romance as if they were set in stone.

Craft is not at issue because stories are incredibly subjective. Rather, the subtext is that because SFR isn't a runaway success *already* then this publisher doesn't want to take a chance on it. It's not making them any money, therefore it can't be done. They don't know how to position sci-fi romance, therefore there's no market for it.

I sensed the "we have to have a bestseller on our hands or forget it" mentality, i.e., this publisher is on the hunt for an SFR book that appeals to the widest audience possible. Which, according this letter, is a nearly impossible feat anyway.
The problem is that the bestseller model doesn't work consistently for all books or all readers. This is especially true for niche genres. A book doesn't have to be a bestseller to be successful.
Neither does an SFR have to appeal to both sets of readers at all times. If it does, great, but it's hardly some Official Rule of Sci-Fi Romance (or romantic SF for that matter). Of course, some books find a wider audience than others, but marketing/distribution and just flat out timing has a *lot* to do with that kind of result.

There's no one "right" way to combine SF and romance. There are simply different stories that suit the taste of different readers. If publishers are looking for the "best" SF-romance combination, they're going to be looking for a very long time.

But these publishers don't seem to agree. Big movie studios have similar attitudes. If a film doesn't make 300 million on opening weekend, then it's a failure. Yet they ignore the success of films that had a small budget--say, 5 million--which then go on to rake in 35 or even 50 million.
The "bestseller or bust" mentality ignores what readers actually want--a variety of SFR books from which to choose.
But the Big 5 are now unwieldy conglomerates and they probably couldn't operate on another strategy even if they wanted to. So no wonder digital/indie publishing exists. It's serving an underserved market. It's serving the readers who understand perfectly well that the "best" sci-fi romance is one that's best suited to their tastes.

This situation is yet another example of why I seek out SFRs based on content over pedigree. The bestseller mentality of Big 5 publishers is severely disconnected with how I make my reading choices.

It's also leaving a horrible taste in my mouth because of the implication that mainstream print published authors of science fiction romance are superior to digital-first/indie authors. Apparently, they've cracked the "code" of how "best" to write it. Or they've mastered some big secret to writing sci-fi romance which my own reading experience has disproved over and over again.

You know what'll be really ironic? If a digital-first/indie science fiction romance sells so well that a Big 5 publisher comes to dangle a print contract before the author's face.

On a related note, Kristine Kathryn Rusch makes the following observation in one of her "The Business Rusch" posts, Standards:


How can you be an instantly recognizable Big Fish if the pond turns into an ocean?

The answer is, of course, that you can’t.

You need to figure out for yourself what matters to you. And if the opinion of others is all that matters, if having agreed-upon standards is what makes you comfortable, then get out of publishing.
Because the standards are gone, except for one standard and one standard only:

The readers will buy what they like, when they find it, and when they want it. Not one moment before.