On Fans & Feedback: A Guest Post By Jacqueline Lichtenberg 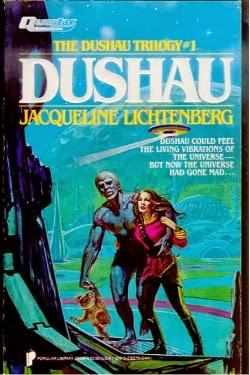 We know what we like in a whopping good story, and following blogs like Spacefreighters Lounge, Smart Girls Love SciFi & Paranormal Romance, The Galaxy Express, SFR Brigade, and Backward Momentum is one way to sift the avalanche of novels in the SFR field (and on the fringes) to find those stories that just curl your toes.
As those who follow Alien Romances (where I post on Tuesdays) know, I am monitoring, commenting on, and dissecting the fictional offerings on TV, in Film, in Big Publishing, in Indie (film, webisodes, and publishing) and self-publishing trends.

As the available sources of good fiction fragment, there have been 3 essential elements provided by Big Publishing that didn't automatically just come along with us as we left the controlled stream.

The internet has caused a full re-examination of these processes provided by the large publishers.

Decades ago, I wrote (in several magazine articles) and spoke (at many conventions) on how and why Big Publishing was so unresponsive to reader-demands. This was in regard to Science Fiction, but applied even more stringently to Romance--because publishers refused to combine the two no matter what I said or to whom.

The core of the matter was FEEDBACK. Librarians and teachers (the core of the fans of my own novels) knew what was missing but had no way to inform publishers of that. There was no feedback-loop between consumer and publisher/broadcaster of fictional products. Publishers worked blind.

The internet changed all that. 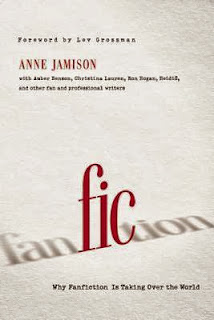 Fanfic writers just posted what they scribbled down--readers went ballistic and invented the "beta-reader" who has become both editor and copyeditor, turning scribbles into real writing.

Packaging is evolving to where cover-looks reflect contents. Genres and types of SFR are evolving their own labels--from the reader UP, not the publisher DOWN.

The feedback loops on social networking are creating sensitivity to fictional appetites among producers of entertainment products.

And reviewing/publicity/marketing is being transformed by SFR blogs, which are stepping up to sift and sort the avalanche of types and kinds of stories, of quality of craftsmanship and production, in a way that makes sense--so consumers don't waste money on what they do not want, even if other people do want it.

There is even a new online magazine devoted to SFR. And web-radio talk shows where this new genre is featured are proving remarkably successful.

There is a new non-fiction book coming out which examines this process of building feedback loops to make suppliers more sensitive to consumers. It reveals the historical threads which writers and readers can project into the future, to understand how to affect the course of publishing from here on out.

It is titled: FIC: Why Fan Fiction Is Taking Over The World, and has essays by Rachel Caine (whose novel series MORGANVILLE VAMPIRES is being made into webisodes), and Amber Benson (from Buffy, yes, but a Fantasy-Romance novelist of considerable note!) who will be acting in the MORGANVILLE webisodes. (Yes, I have a contribution in there, too.)

Winner of the Galaxy Award for her second novel, and later, the Romantic Times Award for the novel Dushau.

Jacqueline blogs on writing craft at Alien Romances where she posts on Tuesdays. A videogame RPG (http://ambrovx.com) is in the works based on her Sime~Gen novels.