The Invisibility of SFR, Part I 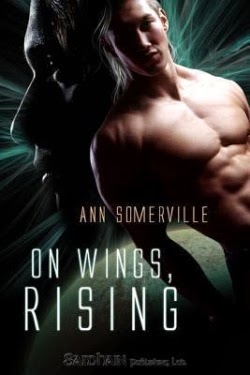 In this post and the next, I'm going to present examples of the invisibility challenge facing science fiction romance. I feel these are important issues to be aware of since they can adversely impact readers' access to stories as well as SFR's overall visibility.

Exhibit A: Science fiction romance is sometimes overlooked as a source of certain stories/elements

Galaxy Express passenger L. alerted me to a Tor.com post called Sleeps With Monsters: Writing SFR in the Future. Alex Dally MacFarlane expressed frustration about the "failure of imagination" on display in science fiction when it comes to the depiction of families:

This failure of the imagination is one I encounter too often, and it can happen in many ways. The one I want to talk about is the depiction of families: namely, that they are almost always families of one man and one women—straight, cisgender—with a child or two.

Families across Earth exist in great variation, from extensive kinship networks to only a few relationships, connected by genetics or choice. People of all sexualities and genders join together in twos, threes, or more. Family-strong friendships, auntie networks, global families... The ways we live together are endless.

Yet in science fiction, families—where they appear at all—are normally small, one man and one woman, with children or parents. There is little sense of an extended family beyond these immediate relationships, or that people other than one man and one woman might form a family. And this is a norm.


MacFarlane also asks, "Where are the stories rooted in family, their conflicts and revelations drawn from these relationships?" and calls for "no norm" when it comes to the depiction of family in SF


These stories exist, but they are few and far between. I want more…I’m asking science fiction writers to think about the full array of families that will exist in their futures—and then start writing more of them. 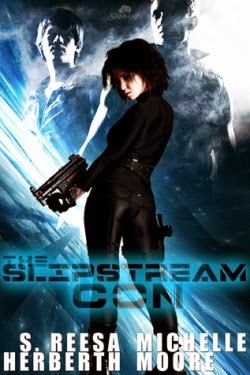 The good news? Science fiction romance doesn't have to "start" writing them because authors of this genre are already on that path! While I'm not familiar with all of the titles mentioned in the Tor post, it doesn't seem like SFR was acknowledged as a source for such stories either in the post or in the comment section.

L. gave me permission to share her insight here, namely that some folks may overlook SFR as a source for family diversity because of a bias against romance (i.e., that it's not a worthy genre or a worthy element to include in science fiction). To the bias issue, I'd add a general lack of awareness. Readers can't make SFR recommendations if the entire genre isn't showing up on their radars.

We can certainly question and examine our biases, but that strategy can only take matters so far. Ideally, bridging the gap with more effectively marketed books would happen simultaneously. The current situation is like being on an island with a willingness to eat a new type of food, but the nearest restaurant is on the mainland and you have no boat.

SFR actively promotes family diversity since the genre often celebrates the concept of two (or occasionally three) very different characters uniting to form a family. The end of many stories implies if not outright delivers family diversity. At the very least, SFR provides a valid option for readers interested in this issue. And it'd be great if authors of SFR would explore family diversity more often in future books.

Therefore, I want to play a role in increasing awareness of such titles. Below is a list of books that incorporate or acknowledge family diversity in some way (I'm not going to tag them all for fear of spoilers):

DEEP DECEPTION - Cathy Pegau (lesbian SFR; one of the heroines has children)

THIEF - Anitra Lynn McLeod (the story conveys a strong sense of community among the main characters; a "chosen" family, as it were)

What romantic SF/SFR titles with the family diversity theme have you encountered? Let's crowdsource a list and then I'll add it to the comment section of MacFarlane's post.