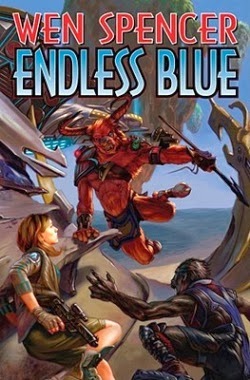 A Galaxy Express passenger, whom I'll call "D.", recently wrote me with a very interesting request. She gave me permission to share our exchange in a general way on The Galaxy Express.

D. is taking an astronomy class. One of her assignments is to read a hard SF book set in space and then examine the science aspects of it. My first thought was, where the heck can I sign up for an astronomy course like that?!

D. was looking to avoid thriller type stories as well as those with a strong focus on gore and sexual content. She had one book in mind and asked if it fell into the hard SF category. I had read the book in question and while I enjoyed it, I was 100% certain it wasn't hard SF (but I hope D. reads it anyway!).

So I came up with a short list of sci-fi romance/romantic SF titles based on a) my reading experience and b) her personal tastes and c) what I thought might fit the requirements for her class. Given that there are few SFR authors who incorporate hard SF into their stories in a major or at least significant way, the list isn't super long. (Given the subjectivity factor, an argument could be made for expanding the definition of "hard SF".)

I'm presenting the book titles pretty much as I had arranged them for D. After reading over the list I realized I had included various tags. And so that's another reason I had asked D. if it was okay to share them with the rest of the passengers! 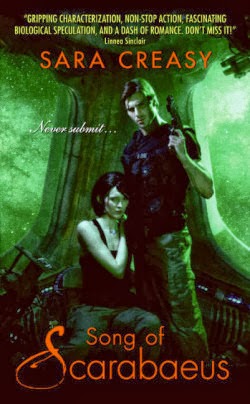 ENDLESS BLUE - Wen Spencer (slightly more action-adventure than hard SF, but the central "what if" concept is kinda neat. It went over my head a bit but I was still able to enjoy the story. Has a romance subplot with mild heat level.)

THE OUTBACK STARS - Sandra McDonald (not so much hard SF, but deals with alien artifacts, inter-dimensional travel/wormholes, military politics, and aboriginal mythology. There's a nice romance and the one sex scene is mild)

Non-space setting, but good mix of hard SF and story:

THE PHOENIX CODE - Catherine Asaro (deals with A.I., androids, sentience, etc. There's a romance but the love scene is mild.)

I've not ready any of Marianne de Pierres' work (yet), but her book DARK SPACE might be of interest. I seem to remember she has some hard SF stuff--singularity IIRC. I don't know if there's any sexual or disturbing content, though. 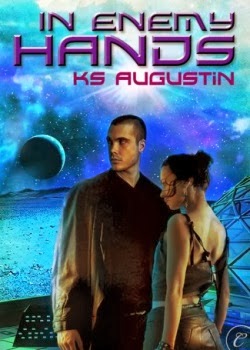 Do you have any recommendations for D.? We could crowdsource a list so future students of that astronomy class could have a ready assortment of SFR books from which to choose!