I Want More Action Heroines—Not Just For Me, But Also For My Daughter 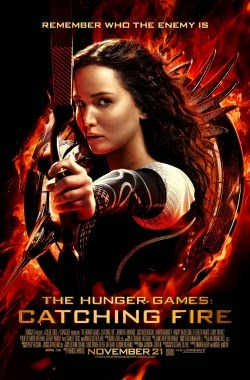 I've rounded up a few articles about SF/F action heroines in the film and television mediums. Specifically, why audiences aren't seeing more of them. Warning: these articles might induce rageface.

'Sucker Punch' May Be Why There Aren't More Female-Led Action Movies
Heroines at the Box Office
Why People's problems with a female Doctor Who are wrong, wrong, wrong
The Sci-Fi World Has A Real-Life Women Problem:


It's possible that the science fiction reading public, overwhelmingly masculine, are worried that their conception of the hero might be disturbed. In the nerd world, feminism is costly. Remember, for instance, the case of American feminist blogger Anita Sarkeesian who last year was harassed and threatened — an online game offered its players to beat up her likeness — after she launched a campaign to create a new series on the representation of women in video games.

What about The Hunger Games?

This entire controversy is a massive paradox if you understand that science fiction was born in 1818 with Frankenstein, a visionary novel written in just three weeks by 19-year-old Mary Shelley. Or if you consider, two centuries later, the masterpiece that is the worldwide bestseller The Hunger Games. In this trilogy, author Suzanne Collins manages to portray a complex heroine, who is a far cry from the wallflower cliché and is warlike without being a tomboy. Yes, it is possible.

I'm also going to continue to advocate for Michelle Rodriguez or a Latina actress like her to star in a science fiction romance film.

Here's the real kicker: part of the ongoing lack of female action heroines of all ages has to do with merchandising. There's a perception that Superhero cartoon execs don't want largely female audiences because:

In an interview with Kevin Smith, writer and television producer Paul Dini complained about a worrying trend he sees in television animation and superhero shows in particular: executives spurning female viewers because they believe girls and women don't buy the shows' toys…

…"They're all for boys 'we do not want the girls', I mean, I've heard executives say this, you know, not [where I am] but at other places, saying like, 'We do not want girls watching this show."

In other words, the perception is that girls and women don’t buy the toys so executives refuse to greenlight shows that will entertain them. In fact, they'll even shut shows down if they start catering too much to girls. According to Paul Dini:

"And then that's why they cancelled us, and they put on a show called Level Up, which is, you know, goofy nerds fighting CG monsters. It's like, 'We don't want the girls because the girls won't buy toys.'

Okay, fine. Maybe there's someone out there with an actual brain who understands there's a HUGE area to exploit here, namely action-oriented shows for girls/teens/young adults.

And if those executives don't want my action-figure money—which I'm spending on behalf of my young daughter currently—I'll give it to smart folks like Lauren Faust and the team behind the MY LITTLE PONY: FRIENDSHIP IS MAGIC franchise. And lookee here, one of the episodes in season 4 features a superhero storyline!

It all comes down to creatively reinventing elements like superhero tropes in a way that appeals to girls. The merchandising can be a part of it, but it doesn't have to be. My hope is that with innovative distribution of shows like MLP (e.g., subscription service), girls can have the shows they want and the companies behind them can make money. This should be a win-win situation that includes all genders.