Can SF/Sci-Fi Romance Stories Be Described Without Sacrificing Uniqueness? 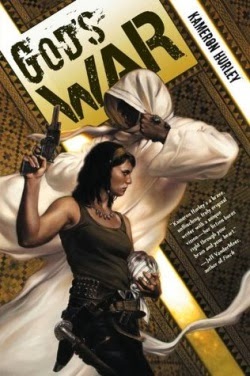 Science fiction author Kameron Hurley (GOD'S WAR) wrote a post called Making Excuses for Science Fiction (I learned about it via a heads up from Pauline Baird Jones). Ms. Hurley discusses the "awkward" nature of disclosing her calling to "…readers who don't read science fiction and fantasy…":

But as a kid, I let it slide. I didn’t want the attention anyway. I felt incredibly embarrassed that I was writing about fake rebellions in made-up countries while my friends were studying to be architects. They were going to build real, adult things. I was going to write about trolls’ hair and dragons’ gold.

When I published my first novel 20 years later, I found myself faced with the same challenge: how do I talk about this book to people whose entire conception of science fiction and fantasy are built around Star Wars and The Hobbit? How do I convince folks that stories about the dissolution of a marriage in Montreal in 2155 are just as serious an endeavor as writing about the dis­solution of a marriage in Montreal 1955?

When engaged in such conversations, Ms. Hurley describes how she'd frame her books in distancing ways:

I anticipated their reactions, and pulled my punches.

She goes on to explain that she pulled punches because of "shame" and "pride":

I started to wonder if I was limiting my potential readership in the way I was talking about what I wrote. These dual feelings of shame and pride were difficult to juggle. I recognized that my pride was fueled by the shame.

Ms. Hurley then examined how "‘breakout’ books" were described. She noticed a difference between those books and descriptions of SF stories, which often included--sometimes excessive--information about worldbuilding. She began to question how necessary the worldbuilding or science fictional concept was to the act of recommending titles:

When I looked at what I’d call ‘‘breakout’’ books – books that everybody I know is reading, not just my trusted SF/F circle of buddies – I started to notice a common thread… They sold me on impossible situations and impossible choices. They sold me on stories…. the people.

She discusses the advantages of describing stories in terms of their core plots and characters:

No one ever tried to sell me on Carrie by say­ing, ‘‘You really need to have a solid understanding of telekinesis.’’ Not a single Hunger Games fan said, ‘‘You’ll only get it if you’ve already read Battle Royale.’’ Instead, they talked plainly about the stories – the bullied high school girl who gets revenge. The older sister who volunteers to take her younger sister’s place in a fight-to-the-death lottery. They sold me on impossible situations and impossible choices. 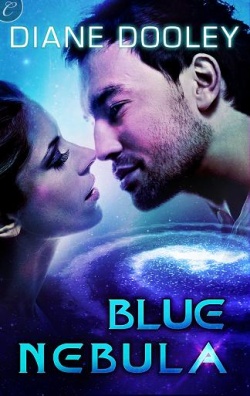 identity. Its hybrid nature has made marketing the stories a challenge for many of its authors.
Yet the pulling of punches Ms. Hurley wrote about evolved because people unfamiliar with SF have called the genre weird/strange and have rejected it outright. Many have spoken disparagingly about its readers and authors as well. Many, many times in fact. Therefore, I think it's normal for us fans to brace ourselves for negative reactions. The rejection has been happening for decades.
That experience has resulted in more than a few apologetic comments by authors of sci-fi romance during online discussions. Understandably, some seem to have internalized past rejection. I'm not immune to the internalization, either, having had my interest in genre fiction derided by people close to me. I've been apologetic in real life at times.
For example, not too long ago one of my past optometrists asked what I did for a living. I was reluctant to answer mainly because I preferred to keep the boundary between us professional, but also because I was bracing for rejection, even though at worst it would have been on the mild/neutral side. I ended up telling him about my blog since I could tell he cared about establishing a connection with a new patient. For what it's worth, his reaction was positive—he even wanted to know if I'd read GAME OF THRONES. Not exactly science fiction romance, but, hey, it was a start!
Ms. Hurley's post raises the issue of how much information to disclose when engaged in hand-selling or making book recommendations, especially to readers new to SF. Are readers reluctant to try SF because descriptions lack just the right angle?

I'd like to note that the "break out" book model of description operates on the assumption that if a reader enjoys stories involving plots like "impossible situations and impossible choices," then they'll enjoy that plot no matter the setting or genre. I wonder—how sound is that assumption?

On a related note, I've been struck by how adept romance readers and authors are at succinctly tagging/advertising the trope/characters/plot, but that's probably because in romance the relationship is the plot.

Romance readers exchange book information based on favorite tropes (e.g., friends-to-lovers, secret baby, forbidden romance). Some readers will seek out favorite tropes regardless of setting—but not all. Sometimes, setting matters a great deal. Plenty of readers stay within their chosen romance subgenres despite their passion for a particular element.
Can some be encouraged to try different settings? Undoubtedly. But convincing someone to read outside their comfort zone has to do with more than how a story is described. There are other factors at work, such as the amount of trust she has in the person doing the describing; past reading experiences; the state of pop culture at any given time; perception of how many other readers have or haven't read the book in question, etc.
With science fiction romance, the pairing of science fictional elements and alternate settings with a romance makes the issue of describing/marketing the stories a bit more complicated. The question is, by how much?
My hope is that culturally, we're in a more receptive place now. With SF/F/SFR having a resurgence in films and television and more accessible books being published, the learning curve for readers and viewers is much easier than it used to be. Familiarity with genre stories has increased like never before. Therefore, does describing science fiction romance books have to be an either-or situation?
We could take the trope tag approach used by romance and pair it with the book's main science fiction element, e.g., "This story is an enemies-to-lovers romance with a cyborg hero." Still too much worldbuilding information for the SFR newbie, or just enough?
Now you tell me: How do you describe the genre books you enjoy (and in the case of authors, write) to those unfamiliar with them? Have you tried different approaches, and if so, which one(s) seem to work best?
Joyfully yours,
Heather