SPECULATIVE RELATIONSHIPS: A Sci-Fi Romance Comics Anthology has reached funding success! (See my previous post about it here.) As of this post, the campaign raised funds beyond its original $9,000 goal. Pretty cool! 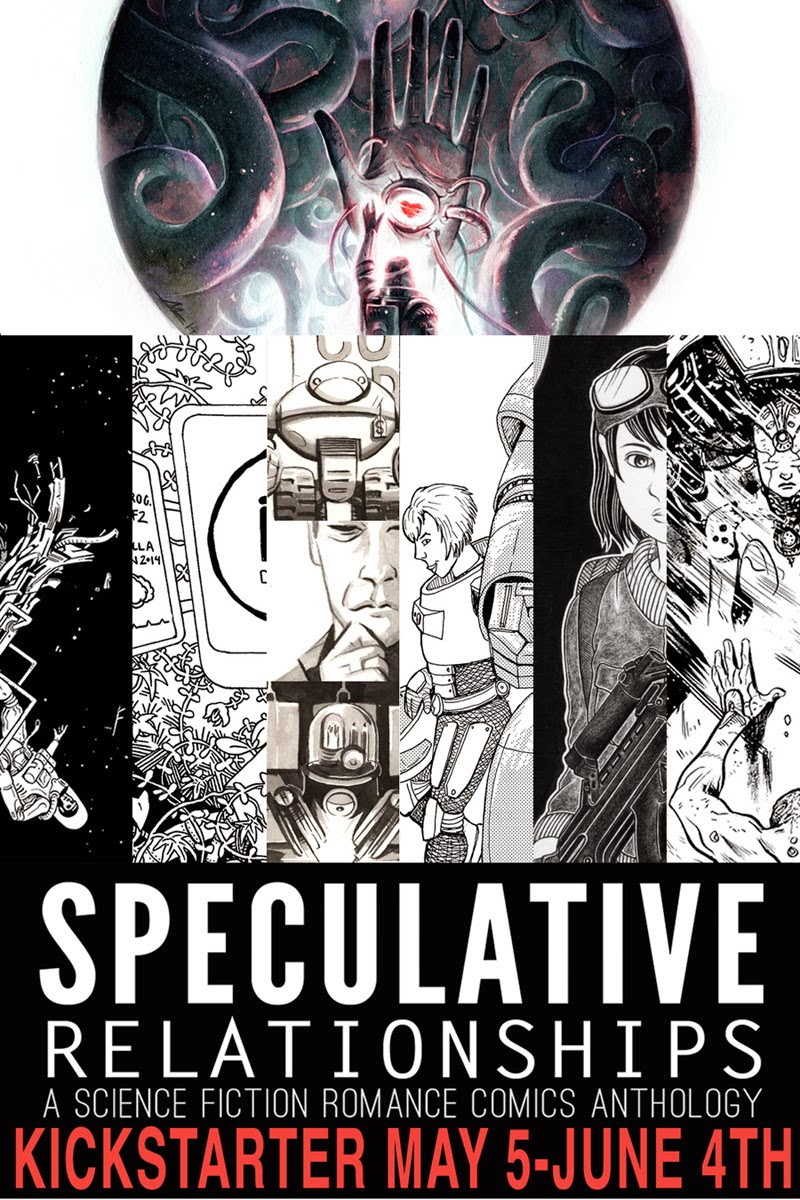 I invited project leader Scott Kroll aboard to share more information about what readers can look forward to in this unique, visually-rich anthology of romantic SF stories. Plus, feast your eyes on some of the art samples he provided! 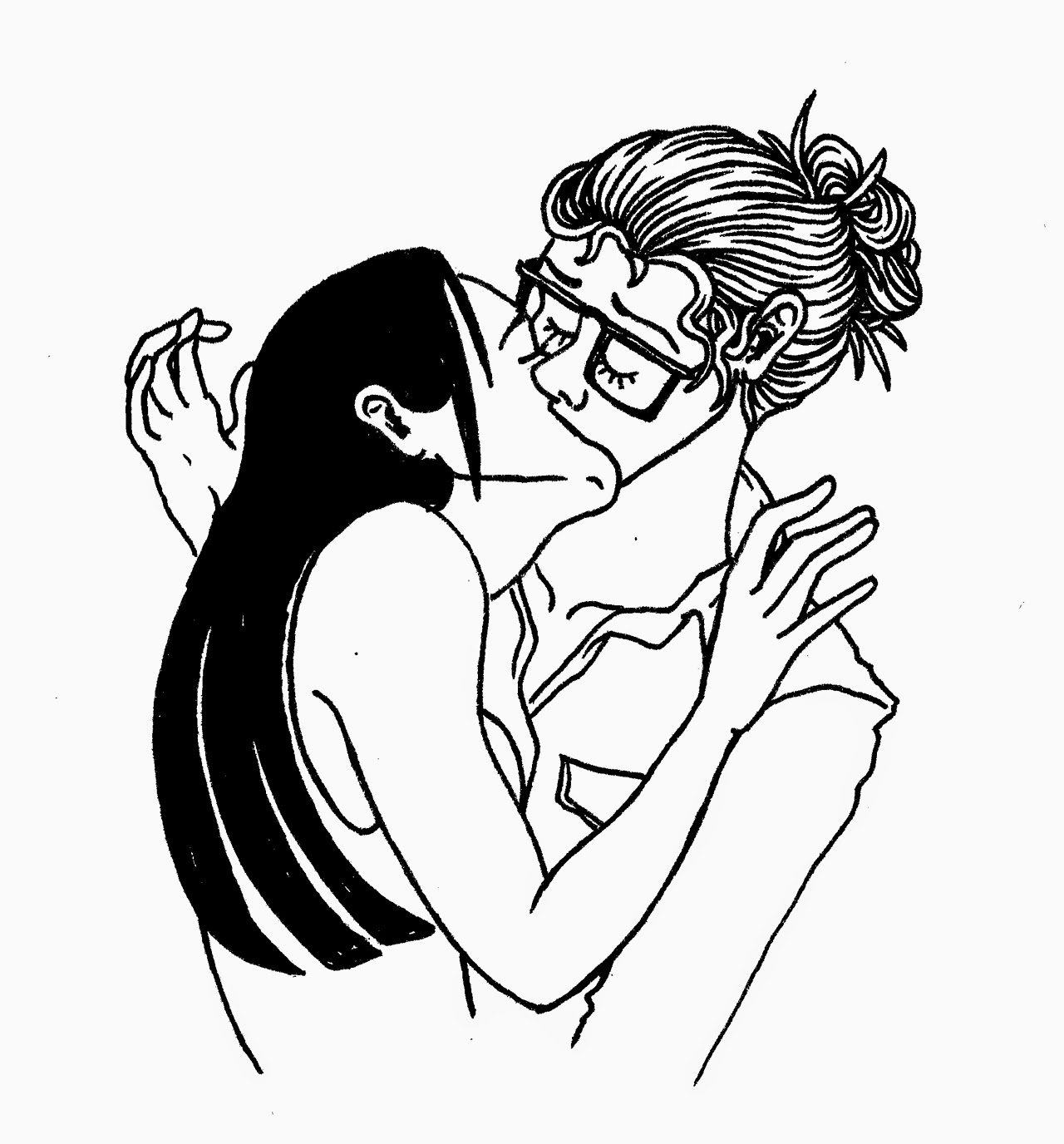 Scott Kroll: It was a Twitter exchange between Brandon Graham (a comics artist), Tyrell Cannon (the Co-Editor), and Daniel Warren Johnson (a contributor). Brandon had an idea for a monthly romance comic series and Tyrell and Dan put their own spins on the idea. It was at best a brainstorming session and at worst, a joke. Either way, it got us thinking that this was something we should actually do.

At first we were just going to do something small, maybe comic book-sized, but when we saw how excited artists were to work on this, we decided to do something bigger. Kickstarter seemed the next logical step.

TGE: During your Kickstarter campaign, you stated that "We think it is about time for a revival [of romance comics]." What appeals to you about the idea of reviving the romance genre in comic book form? In other words, why mix romance and science fiction, as opposed to say, mystery ad science fiction?

SK: I don’t know if I have the space here to go into the long history of comic book genres, but romance was once the biggest genres in comics! The American comics market was gotten more and more diverse in recent decades, but romance hasn’t come back in the same way as say, crime, horror, or sci-fi comics.

It odd because romance is so universal. Even if a story isn’t completely about romance, there are almost always romance elements.

As far as why we mixed it with sci-fi, that’s harder to answer. I think because Tyrell and I are both big sci-fi fans! Also, Sci-fi in comics is having a huge resurgence now. Books like Prophet, Saga, and Trillium are some of the most popular books going right now. 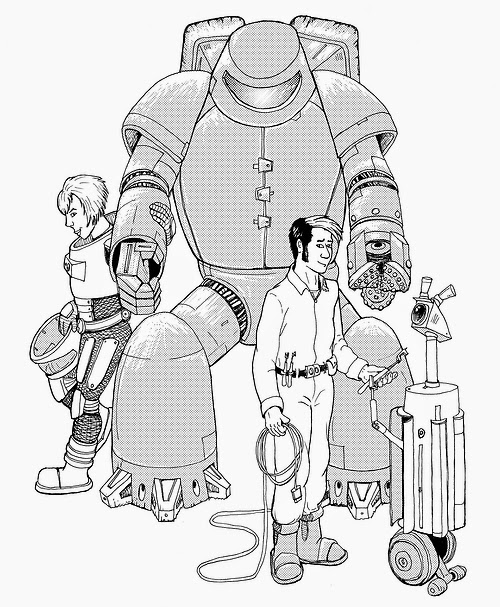 TGE: How did you go about selecting the team of artists?

SK: These were all artists that Tyrell knew that he felt needed more exposure. They’re all artists we felt were on the cusp of making it big. We hope that this will give them a big push into the limelight.

TGE: What type of science fiction settings do the artists explore in their stories?

SK: That’s tough to answer because it’s so varied. We have one story that takes place purely in the dreams of a space traveler in hyper-sleep, another that takes place on a futuristic battlefield, another in the core of a dying planet, and another on the bottom of a frozen alien ocean! And more!

TGE: Some romances have upbeat endings while others end in tragedy or on a bittersweet note. Without going into spoilers, what kind of romances can readers expect from the SPECULATIVE RELATIONSHIPS anthology?

SK: The endings are as varied as the settings. We have sad, to bittersweet, to hopeful, to funny. 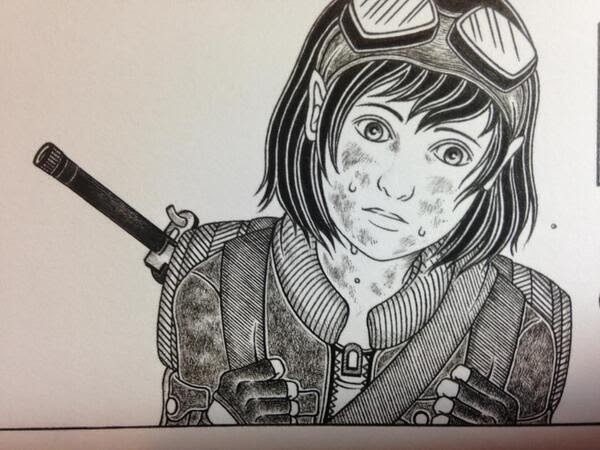 TGE: What type of characters will readers meet?

SK: We have humans and humanoid aliens. We have cyborgs fighting for love. Several robots. An obsessive computer program in love. Hermaphrodite with five genders… Yeah, the trend in this anthology is variety.

TGE: Is there a particular theme that ties all the stories together, or does each one explore romance and SF in different ways?

SK: We let all the artists run wild with their stories. We wanted to see each person’s individual vision. 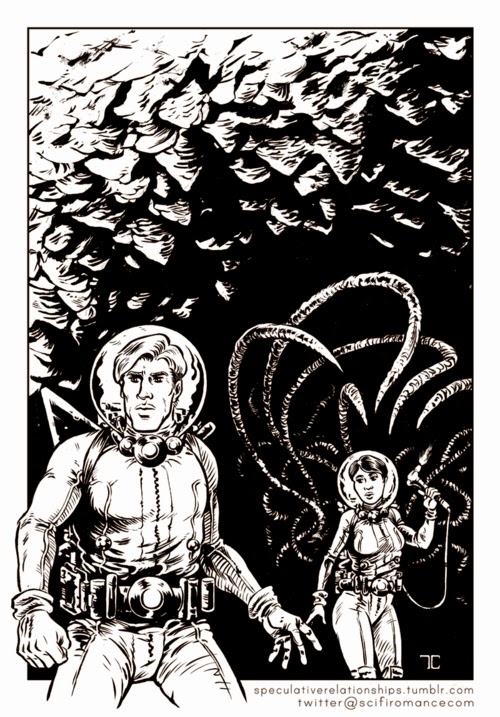 TGE: Tell us about the various art styles and techniques used by the artists.

SK: All the artists work mostly traditionally (meaning with ink on paper as opposed to digital). We also insisted that all the artists letter their story by hand (again, rather than digital). We have nothing against digital, but we like to see an artist hand in his or her work.

Check out the links to the various artists' individual sites to get a sense of what they do: 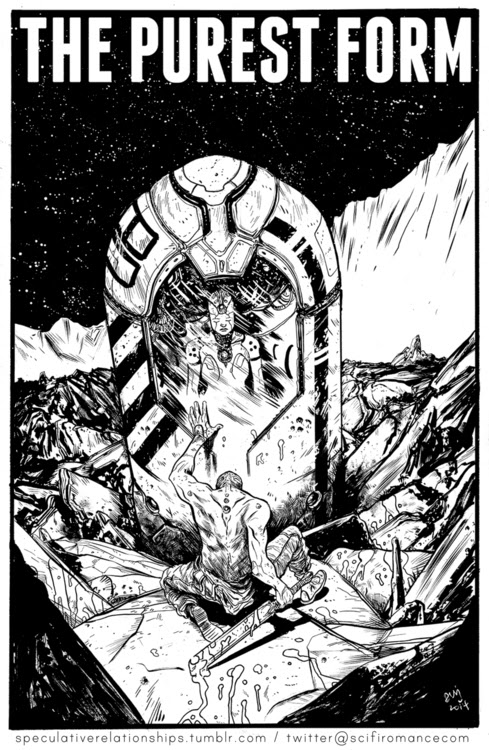 TGE: What's next for you and the other members of the SPECULATIVE RELATIONSHIPS team? Any chance of a second sci-fi romance anthology?

SK: We hope that this anthology gives lots of exposure to the artists and makes them huge comics stars!

Isabelle Rotman will be in future issues of Maple Key Comics

Tyrell Cannon is working on another issue of his series “Victus”

As far as a second volume, that is a definite possibility. We have had a lot of great artists approach us wanting to contribute. It would be a shame to waste all this enthusiasm. 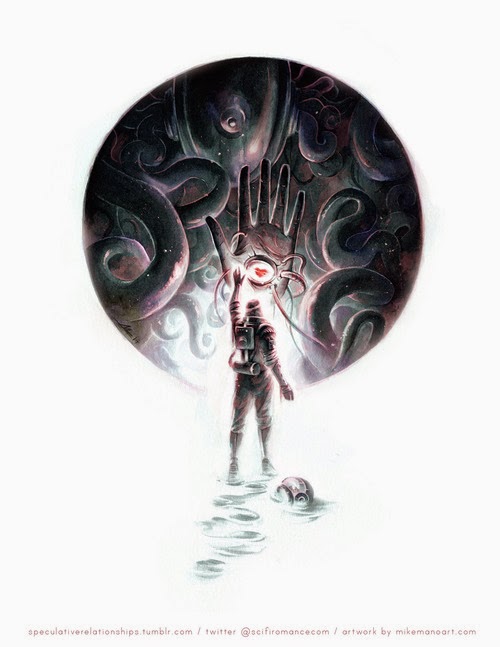 TGE: Where can readers purchase a copy of SPECULATIVE RELATIONSHIPS? Which formats are available? Is there a dedicated online site for the anthology?

SK: We’re in the last days of the kickstarter, which is the fastest way to get the book (https://www.kickstarter.com/projects/1619738205/speculative-relationships-a-sci-fi-romance-comics).

After that, purchasing information will be on our Tumblr or Twitter (@SciFiRomanceCom).

Congratulations to the SPECULATIVE RELATIONSHIPS gang!

As of this post, there's only a few hours left to back this project. Here's a handy link if you're interested!